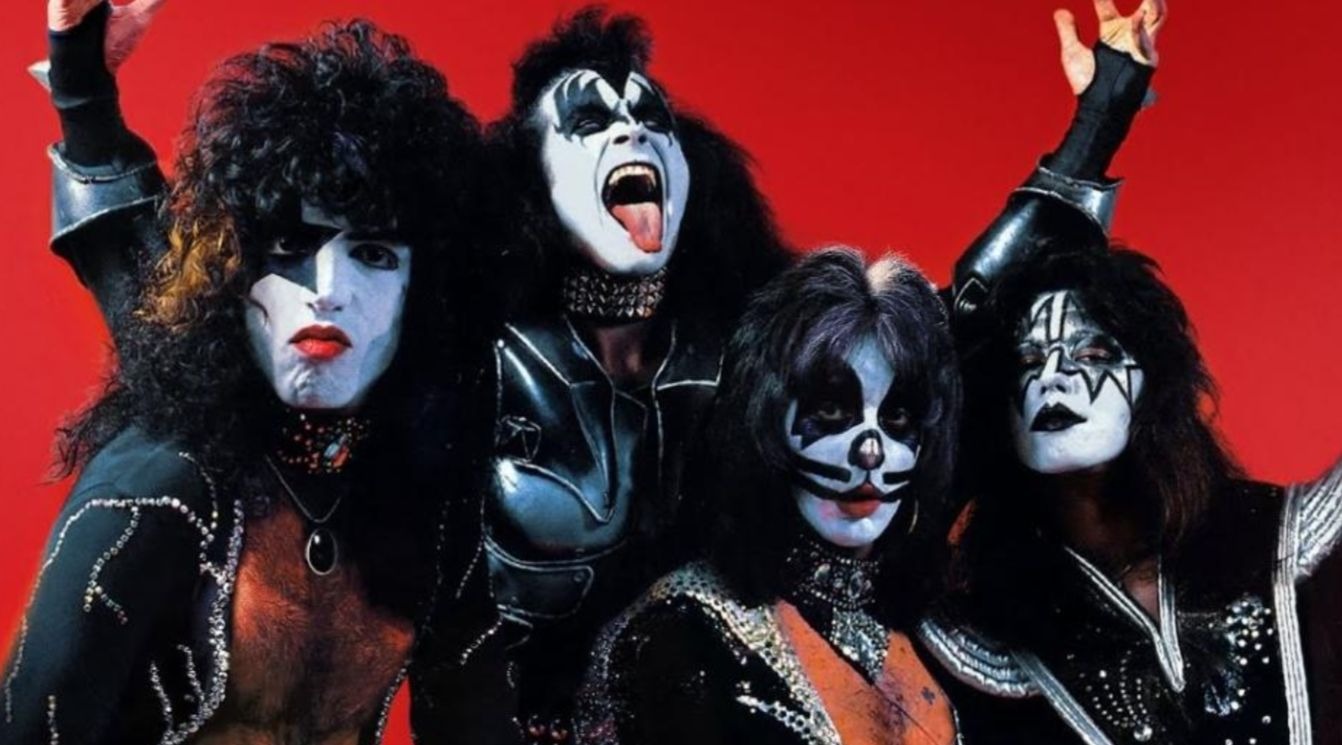 “When I was writing, it – naive or not – was really about celebrating, and it wasn’t about getting high or getting stoned or anything like that. It was, ‘I wanna rock and roll all night and party every day. I wanna have a great time and make the most of life.'”

Originally released on their 1975 album Dressed to Kill. It was released as the A-side of their fifth single, with the album track “Getaway”. The studio version of the song peaked at No. 68 on the Billboard singles chart, besting the band’s previous charting single, “Kissin’ Time” (#89).

A subsequent live version, released as a single in October 1975, eventually reached No. 12 in early 1976, the first of six Top 20 songs for Kiss in the 1970s. “Rock and Roll All Nite” became Kiss’s signature song and has served as the group’s closing concert number in almost every concert since 1976. In 2008 it was named the 16th greatest hard rock song of all time by VH1.

The members of Kiss were under intense pressure to put together their third album, 1975’s Dressed to Kill. They were abruptly called off tour to work on a follow-up to 1974’s Hotter Than Hell when the album began to die on the charts, even though they had no new songs ready. The sessions were being produced by the head of their label, Neil Bogart, who was upset that the band had yet to successfully capture the excitement of their live act on record and wanted to correct the problem himself.

Rushed to come up with material, the band dipped into their backlog of older songs, as well as writing new ones and then recording them immediately. Bogart suggested that head songwriters Paul Stanley and Gene Simmons come up with an anthem that would serve as a rallying cry for Kiss and their fans, suggesting something akin to Sly & the Family Stone’s “I Want to Take You Higher”. While writing back at the hotel, Stanley came up with the line “I want to rock and roll all night, and party every day.” After showing the new line to Simmons, he added parts from an older song, reportedly titled “Drive Me Wild”.

When the song was issued as a single a few months later, it did not storm up the charts. With record label Casablanca in deep financial trouble, Kiss was thinking of leaving for another label, but decided to issue a live album, Alive!, later in 1975. The live version of the song was longer than the studio take (including an Ace Frehley guitar solo that was absent from the original), but, as Bogart hoped, it became a number 12 hit, driving straight up the charts the album from which it was taken.