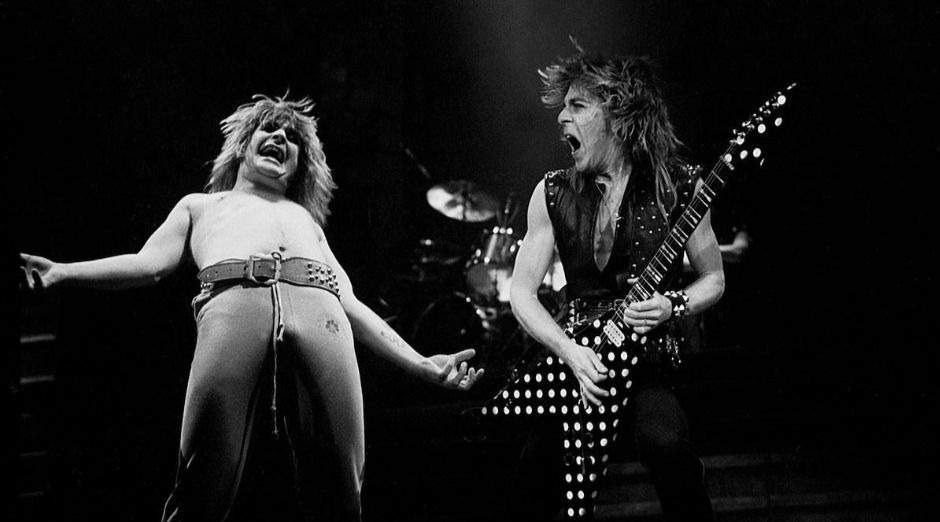 Some of the stolen equipment from late guitarist Randy Rhoads was found in a dumpster in North Hollywood. The items disappeared after the Musonia School of Music, where Rhoads taught, was stolen on Thanksgiving. Recently Ozzy Osbourne offered $ 25,000 to anyone with information to help find the equipment.

The guitarist first guitar, a 1963 Harmony Rocket, was not found.

North Hollywood resident Bobbi Fredriks told ABC how she found the items. Walking the dog Sunday morning, she saw a guitar and pictures in a trash bin. She went home and heard about the disappearance. She returned and removed the objects from the rain and alerted the authorities. The trumpet that belonged to Randy’s mother.

“The trumpet is valuable because it’s my grandmother’s,” said Nick D’Argenzio, nephew of Randy Rhoads. “She passed away recently. This is her legacy. ”

“My heart is BROKEN. Someone broke into Our beloved Musonia … And ‘Stoled History’. Everything is being assessed and under investigation. So no post as yet to exactly what was taken. I’m just at a loss for words right now.”

Rhoads played his last show on Thursday, March 18, 1982, at the Knoxville Civic Coliseum. The next day, the band was heading to a festival in Orlando, Florida.