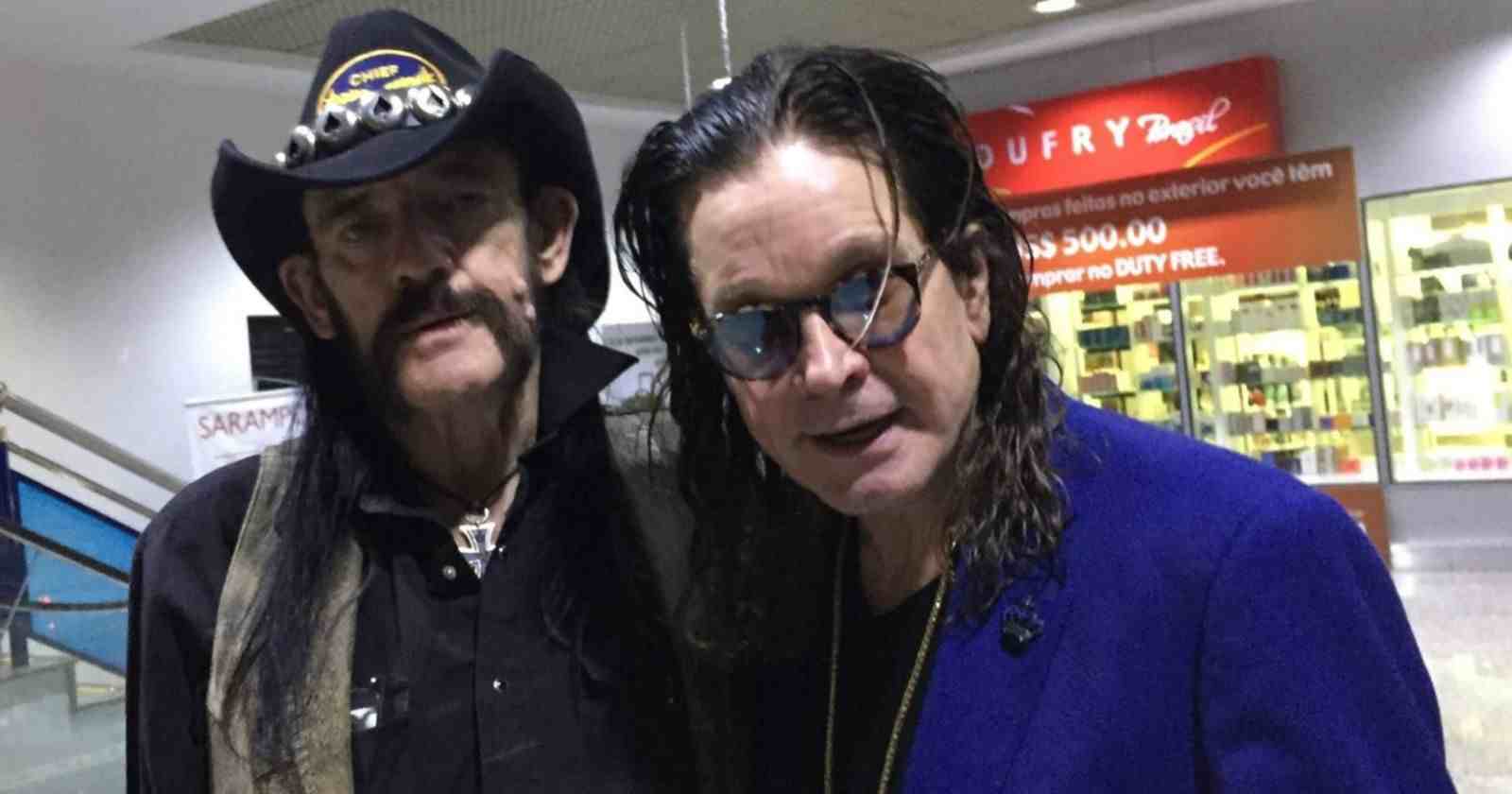 Ozzy Osbourne recalled in an radio interview his final conversation with the late Motörhead singer and bassist Lemmy Kilmister, that died at the age of 70, back in 2015, victim of a congestive heart failure and cardiac arrhythmia.

“I’d phone him up; somebody said he was not gonna make it, so I phoned him and I put him on the phone. And I couldn’t make out what he was saying… Oh, it was terrible…”

Did either of you know he was ill?

Sharon Osbourne: “Everybody knew he was ill. He’d lost an awful lot of weight… Ozzy will tell you the story of when he toured with Ozzy in South America…?”

Ozzy: “I flew down to South America with him about six months before, and he looked terribly thin and gowned, and my heart broke for him.”

Did he say anything what was it? Or just carrying on as normal?

Ozzy: “Yeah, he tried to carry on as normal but it was one of them things where he knows you know but you didn’t want to say anything. But he worked right up to the very end. He said, ‘I could have probably lived another 10 years if I hadn’t smoked and didn’t live my lifestyle, but I lived my life the way I wanted to live it.'”

True to the end.

“Yeah. But still, so terribly sad and miss him very, very much.”

Why did you both end up with a version of ‘Hellraiser’?

The one he co-wrote with you?