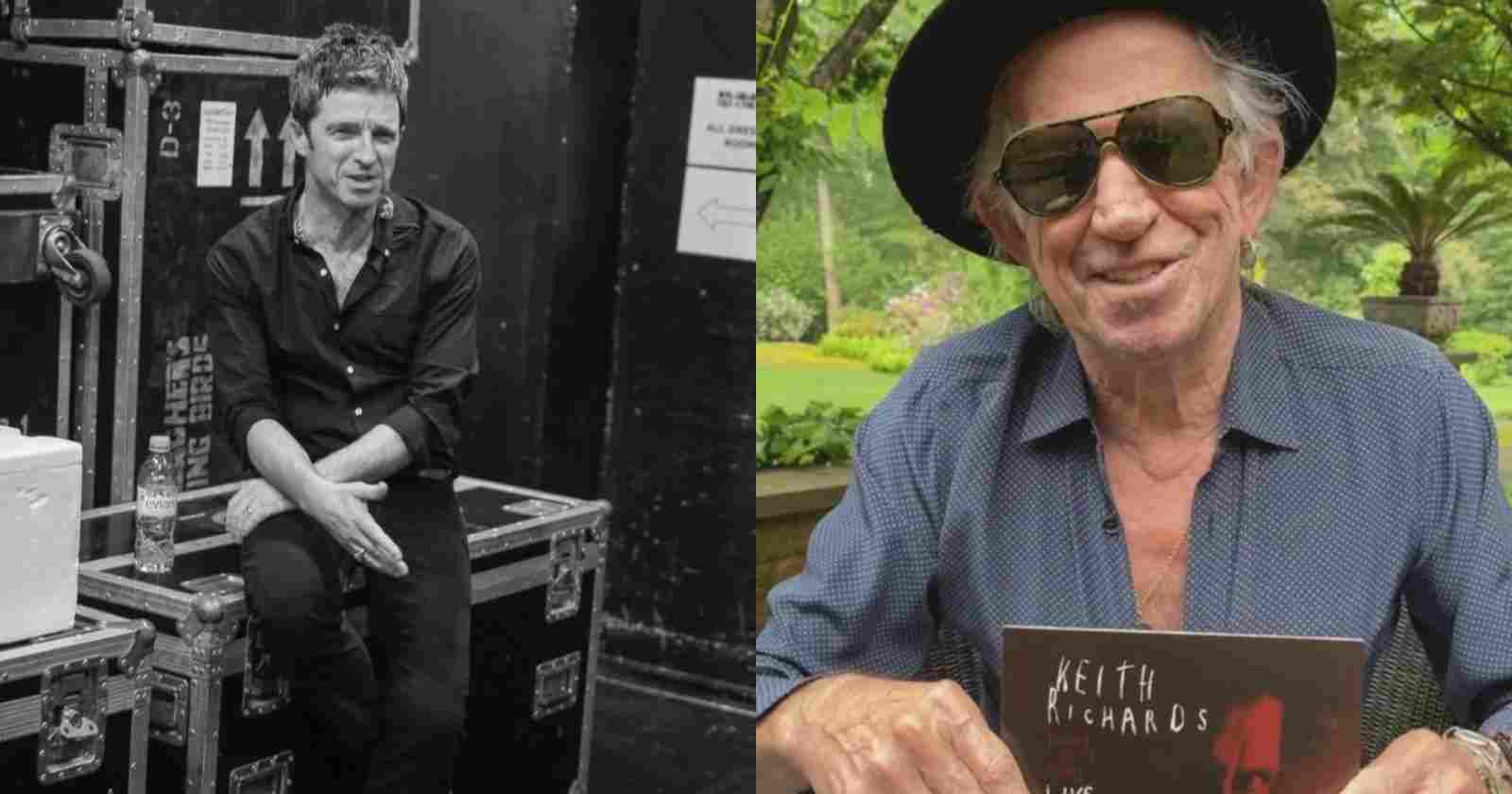 Oasis guitarist Noel Gallagher recalled in an interview with Absolute Radio the story of when he first met Rolling Stones guitarist Ketih Richards. According to Gallagher, Richards asked him who was a bigger “cunt”, Mick Jagger or Liam Gallagher.

Noel Gallagher said about his funny conversation with Keith Richards:

“I go up to the bar and there’s Keith Richards, looking exactly as you would imagine, scarf and a hat. He suddenly turns around and says, ‘Ah, you’re still around, are you?’ … His second line was, ‘One thing I’ve always wanted to ask you: Who is the bigger cunt, your singer or mine?’ And I said, ‘Well, as your singer wrote some of the greatest lyrics of all time, I’m going to say mine.’”

“[Richards] was like, ‘Your band, you were quite interesting there for a while,’ and I was like, ‘I could actually say the same to you. But he was great and such a dude. It kinda reaffirms your faith in all your heroes when you meet Keith, because he is the man.”

During the same interview, Gallagher talked about Bono from U2:

“I get a bit frustrated when people are like, ‘I don’t like U2.’ And I’m like, ‘No, what you are saying is you don’t like Bono.’ It’s like, ‘You’re not telling me you don’t like one single note that they’ve ever done. It’s rubbish, it’s nonsense. I’ve said this to him, so I’ll say it to you – nobody likes a do-gooder, nobody likes it. That’s why people like me, I’m a do-badder.”

Back in 2020 in an interview with Daily Star, Noel said that has facing hearing issues

“I am going deaf. I do like to have my television loud. Every time my missus (Sara MacDonald) goes out and comes back in and I’m watching television, she’s like, ‘What the f**k? You can hear it up the street.’”