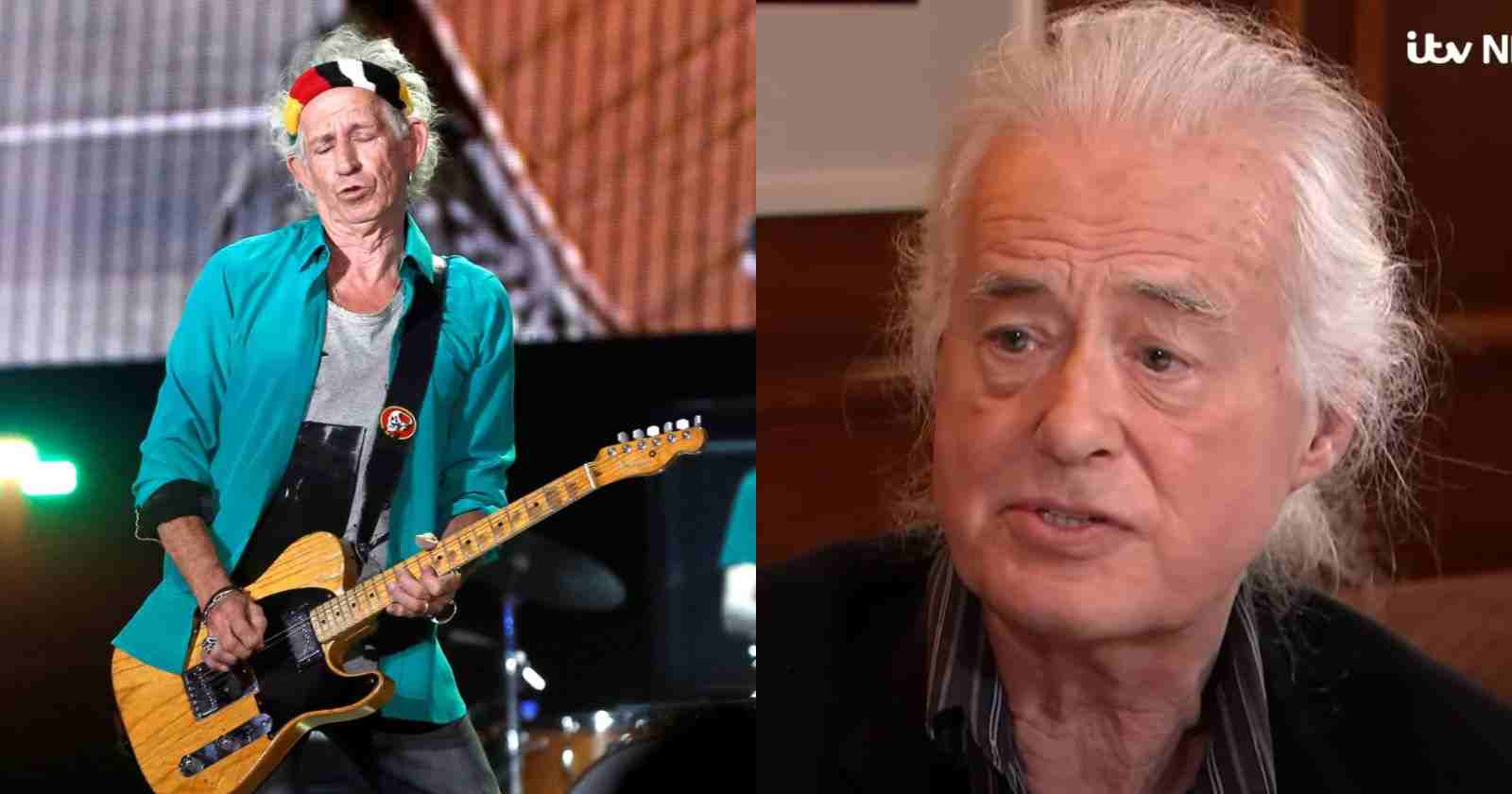 Rolling Stones guitarist Keith Richards is known not only for being an amazing musician but also for his sincerity. Over the decades he always criticized bands he didn’t like in interviews and one of them is Led Zeppelin.

What is Keith Richards opinion on Led Zeppelin and Jimmy Page:

In an interview with Rolling Stone magazine back in 2015, he said: “I love Jimmy Page, but as a band, no, with John Bonham thundering down the highway in an uncontrolled 18-wheeler. He had cornered the market there. Jimmy is a brilliant player. But I always felt there was something a little hollow about it, you know?”

During a session of questions and answers with fans in his website back in 2004, Richards also talked about Zeppelin, saying:

“As a band I thought they never took off musically, at the same time Jimmy Page is one of the best guitar players ever known and a hell of a powerhouse drummer, I think is kind of heavy-handed, myself, but that’s where the “Led” comes in. But at the same time Plant is exuberant, Robert is exuberant.”

“Absolutely an LZ (Led Zeppelin), although I think he is very much in that English mood of Elvis, Roger Daltrey, there was the fringes and blah, blah, blah, and the microphone. (He also recalls) Rod Stewart and even Mick Jagger. (There were) there were scenes copy each other in a bit, but to me Led Zeppelin is Jimmy Page. You know, you wanna cut the story short: Jimmy Page, shy boy.”

Back in 2020 the Rolling Stones released the never heard song “Scarlet” featuring Led Zeppelin‘s Jimmy Page. Recorded back in 1973, the song is part of their upcoming expanded reissue of the album Goats Head Soup. The track has Rolling Stones bluesy style with Jimmy Page characteristic riffs. “I remember first jamming this with Jimmy and Keith in Ronnie’s basement studio. It was a great session,” Mick Jagger said.

“My recollection is we walked in at the end of a Zeppelin session. They were just leaving and we were booked in next and I believe that Jimmy decided to stay. We weren’t actually cutting it as a track, it was basically for a demo, a demonstration, you know, just to get the feel of it, but it came out well, with a line up like that, you know, we better use it,” Keith Richards said.