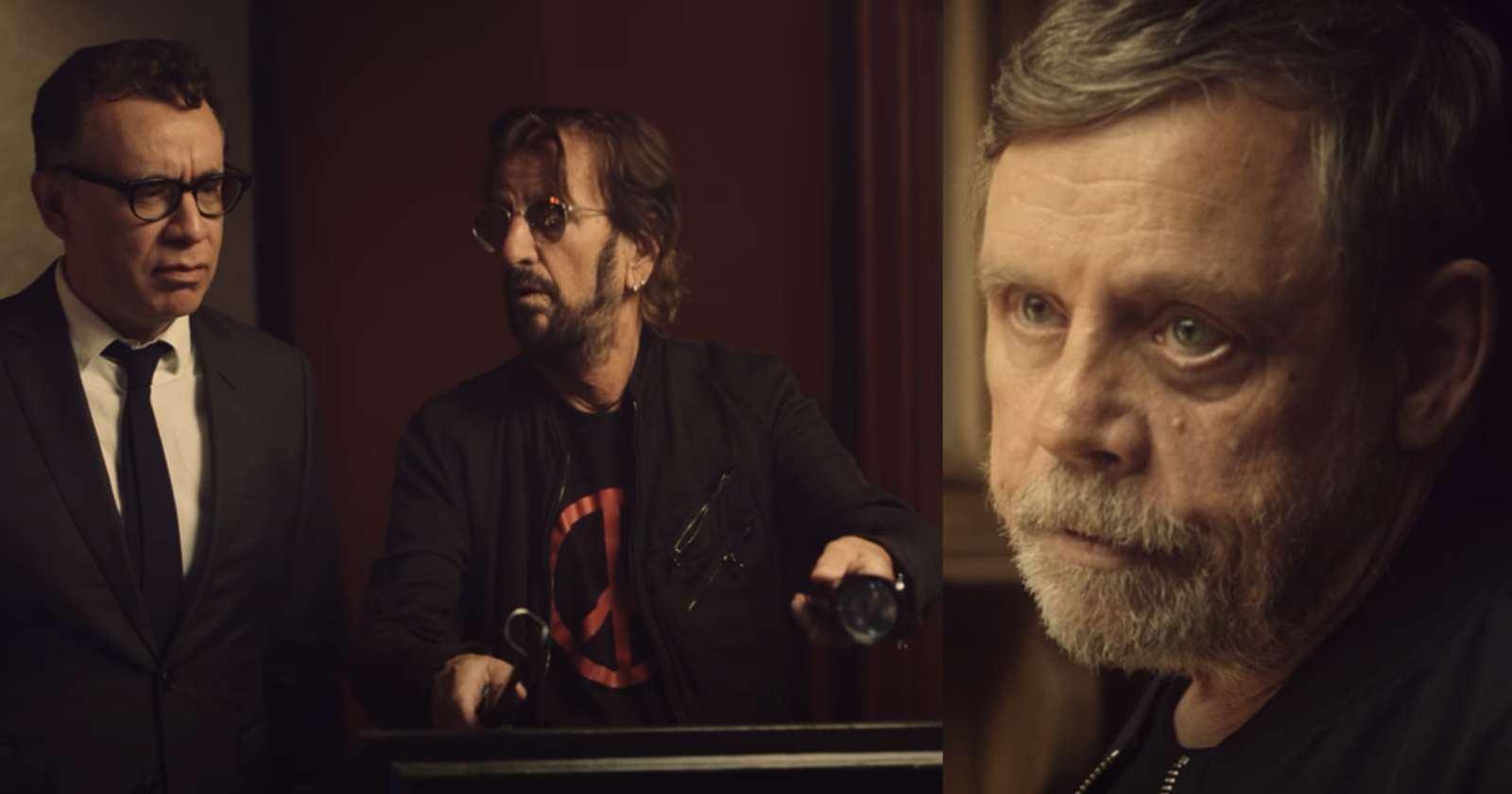 Images from the new "My Sweet Lord" official music video

In celebration of the 50th anniversary of the classic George Harrison solo album “All Things Must Pass”, an official video for the classic song “My Sweet Lord” was released featuring stars like The Beatles drummer Ringo Starr, guitarist Joe Walsh, actor Mark Hamill, comedians Fred Armisen and Weird Al Yankovic.

The video was written and directed by Lance Bangs. With executive production of David Zonshine and George Harrison’s son Dhani Harrison.

The 50th anniversary edition of “All Things Must Pass”

The album has been completely mixed from the original tapes and expanded with 47 (42 previously unreleased) demos and outtakes, allowing listeners to enjoy and explore the album and the legendary recording sessions like never before. Decades in the making and lovingly crafted by the Harrison family, the album was remixed to fulfill Harrison’s longtime desire. Executive produced by Dhani Harrison and mixed by triple GRAMMY®

Award-winning engineer Paul Hicks (The Beatles, The Rolling Stones, John Lennon), with the product produced by David Zonshine, the new mix transforms the album by sonically upgrading it. Making it sound brighter, fuller and better than ever.

“My Sweet Lord” was released in 1970 on George Harrison’s triple album “All Things Must Pass”. Also was the biggest-selling single of 1971 in the UK.

In America and Britain, the song was the first number-one single by an ex-Beatle.