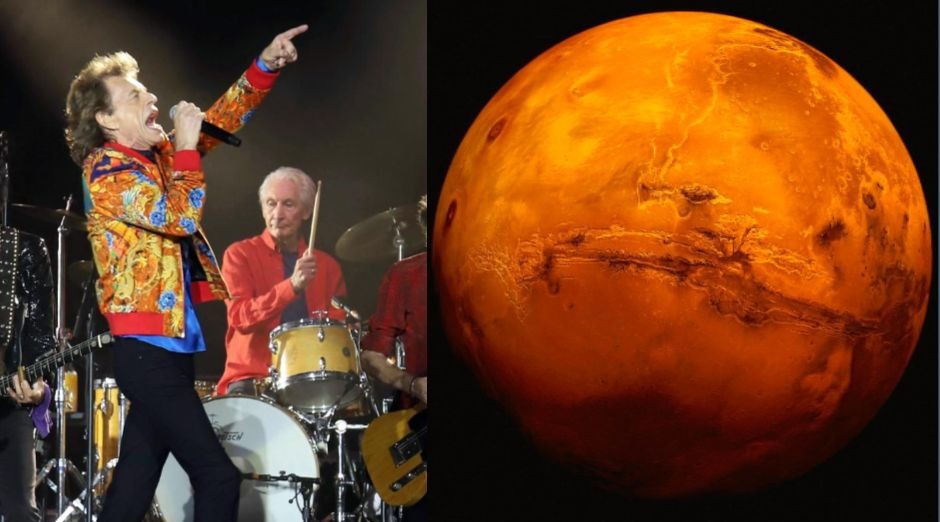 The United States Aerospace Agency (NASA) has named a small stone captured by a robotic probe on the surface of Mars, the rock now calls Rolling Stones. The name went public during a performance of the British group in Pasadena, California, last Thursday, 22.

The announcement was made by actor Robert Downey Jr who explained the origin of the name. He said scientists at NASA’s Jet Propulsion Laboratory found a small rock, slightly larger than a golf ball, when the InSight probe found contact with the object and it rolled over. When they reached it, they chose to name themselves Rolling Stones Rock.

In a press statement, the group spoke about the tribute and confessed to being honored: “What a great way to celebrate the coming of our No Filter tour to Pasadena. It is certainly a milestone in history. We really appreciate everyone at NASA responsible for that.”