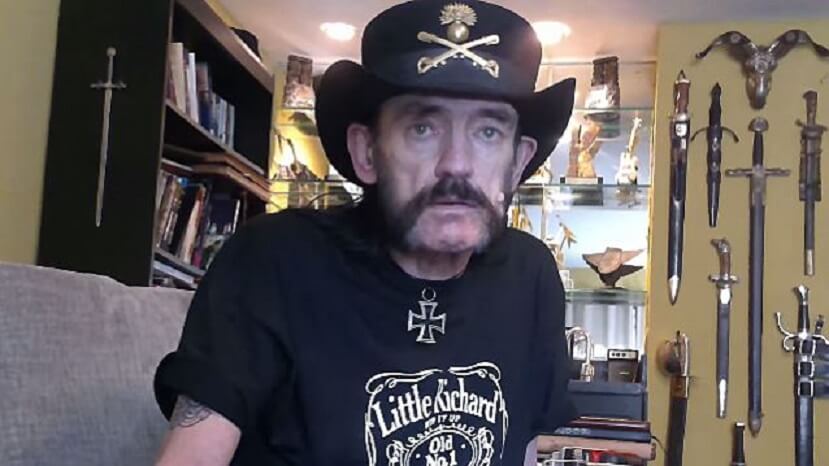 Lemmy passed away at age 70, but the last 10 years of his life he had health problems like diabetes, hypertension and even the need to use an implantable defibrillator. Rogerio Souza, former Motörhead roadie recalled some changes of habit that the singer adopted with the advancement of age.

He gave the interview to the brazilian website TMDQA.

He was always a person who drank, smoked, slept and didn’t eat properly. He tried Jack Daniel’s with Coca-Cola Zero for a week, then went back to normal Coke. But especially in the last year he was very weak, he lost a lot of weight, he used a walking stick from time to time, he changed his pair of boots for a pair of sneakers. 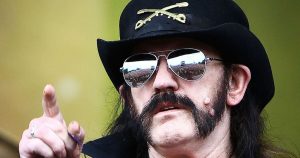 But it was in December 2015 that the situation changed rapidly:

The last show was on the 11th [December 2015]. Day 13 made him a big birthday party. Two weeks later, he did an examination in which they found two nodules of cancer in the brain and one in the neck. On the 26th, the doctor asked the family and the businessman to hold a meeting, so he explained that it was terminal cancer, that he could live between 2 and 6 months or a medical miracle happened and he went back to tour, because we already had scheduled for January next year in Europe.

But Lemmy was the first to decide that he wanted to speak the truth, make a press release that the tour would not happen and that he would do the treatments. But on the 28th, I think he just turned off He must have come to the conclusion that he would not go back to the stage. And it was great, because no one had to see him on a hospital bed or in a wheelchair. As for the public, it seems that everyone realized and accepted that they would lose another idol. 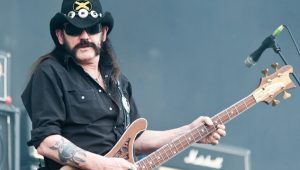 On January 9, 2016, Hollywood hosted Lemmy’s funeral, which turned out to be a true celebration for the bassist, with worldwide broadcasting and presence of the world’s greatest rockstars. And inadvertently, the roadie Rogério Souza was one of the attractions that night:

The band decided to take the whole crew, about 10 people. When I got to the hotel, Tim, Lemmy’s roadie, said, ‘You know we have a speech tomorrow, right? You’re going to have to help me, otherwise I’ll stop. Lemmy liked you very much and would be proud. ‘ The ceremony was streamed to 200,000 people worldwide, several musicians were there, names like Dave Grohl, Slash and Lars Ulrich made speeches. Right at the entrance was a life-size cardboard Lemmy, Jack Daniel’s at ease for everyone. After all, Tim said he was not going to make it, so I went alone. I fought once or twice, but I did. I talked for about 5 minutes, I think. The weather was very relative.

Back In Time: Jimmy Page playing and singing on tv when he was a kid
Great Forgotten Songs #79 – Dire Straits “Lady Writer”
To Top