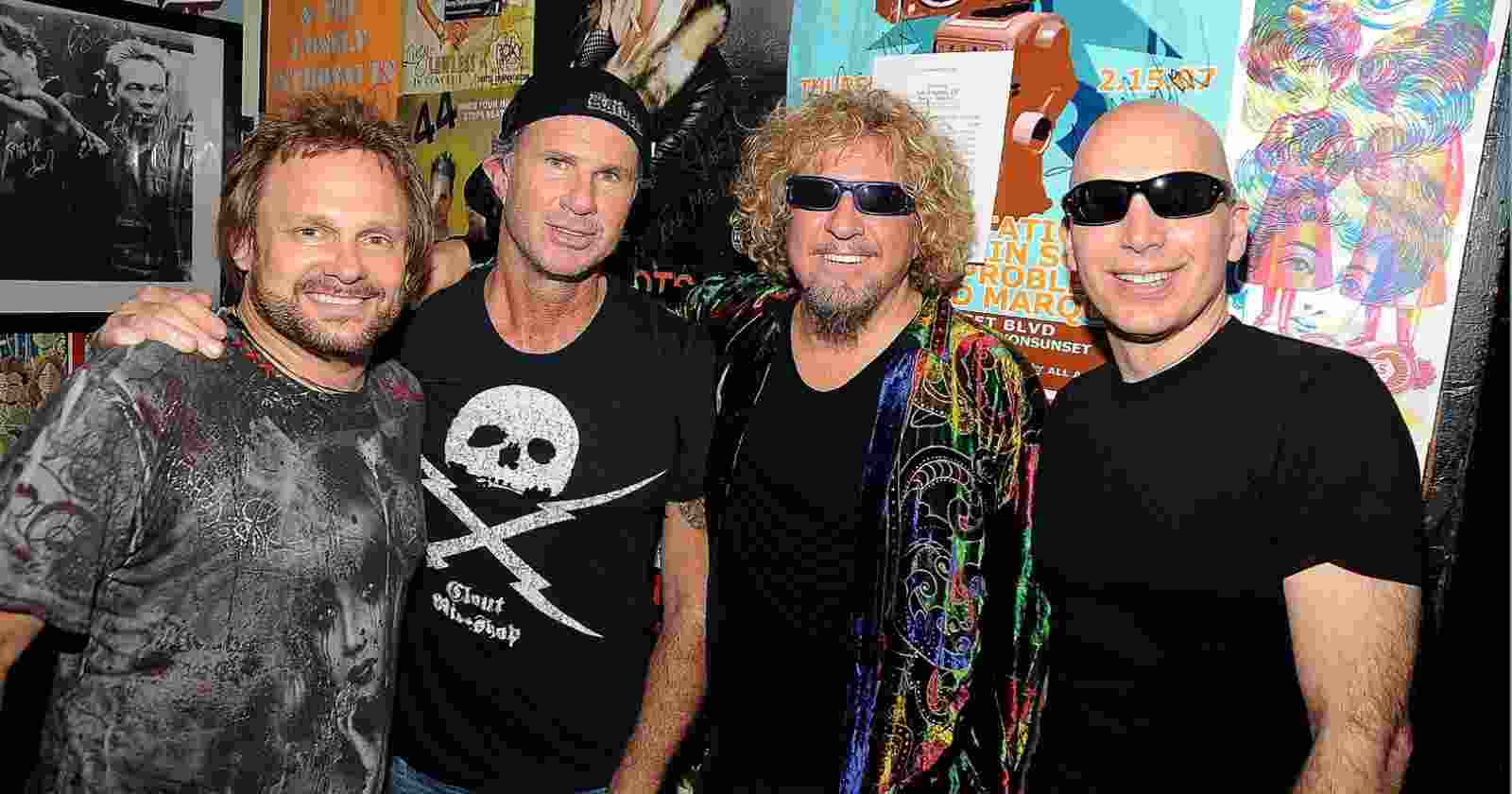 Bassist Michael Anthony (Ex-Van Halen) said in an interview with 105.5 WDHA that the supergroup Chickenfoot should reunite in the future. The band formed by Sammy Hagar (Vocals), Joe Satriani (Guitar), Michael Anthony (Bass) and Chad Smith (Drums) was born in 2008.

Michael Anthony says Chickenfoot should reunite in the future:

“I think there’ll definitely be some kind of Chickenfoot in the future. Sammy and I, we talk about it all the time, and I text with Joe and Chad all the time, if we’re not speaking. And I know Joe really wants to do it.”

“It’s kind of funny, ’cause we start doing The Circle thing, and Sammy gets all enamored with The Circle. He’s all, ‘Oh, yeah. It’s The Circle this and that.’ But you never know. He might wake up tomorrow and go, ‘Oh my God. Chickenfoot — let’s do a Chickenfoot gig.’

“I definitely think that Chickenfoot will do something else,” Anthony reiterated. “Whether we’ll record another album, which would be great — I’d love to do that. But I’d love to just together and even just do some shows — do a bunch of shows with those guys. ‘Cause that’s actually some of the best times I’ve ever had on the road. Believe me — touring with Chad Smith is like touring with no other… Even hanging out with Chad since he’s been sober, he’s still crazier than some of the most crazy people I know.

“But we definitely have a great time. And I definitely feel that we’ll [get together], if not to record some new stuff, hopefully in the near future to at least get together and play some shows together.”