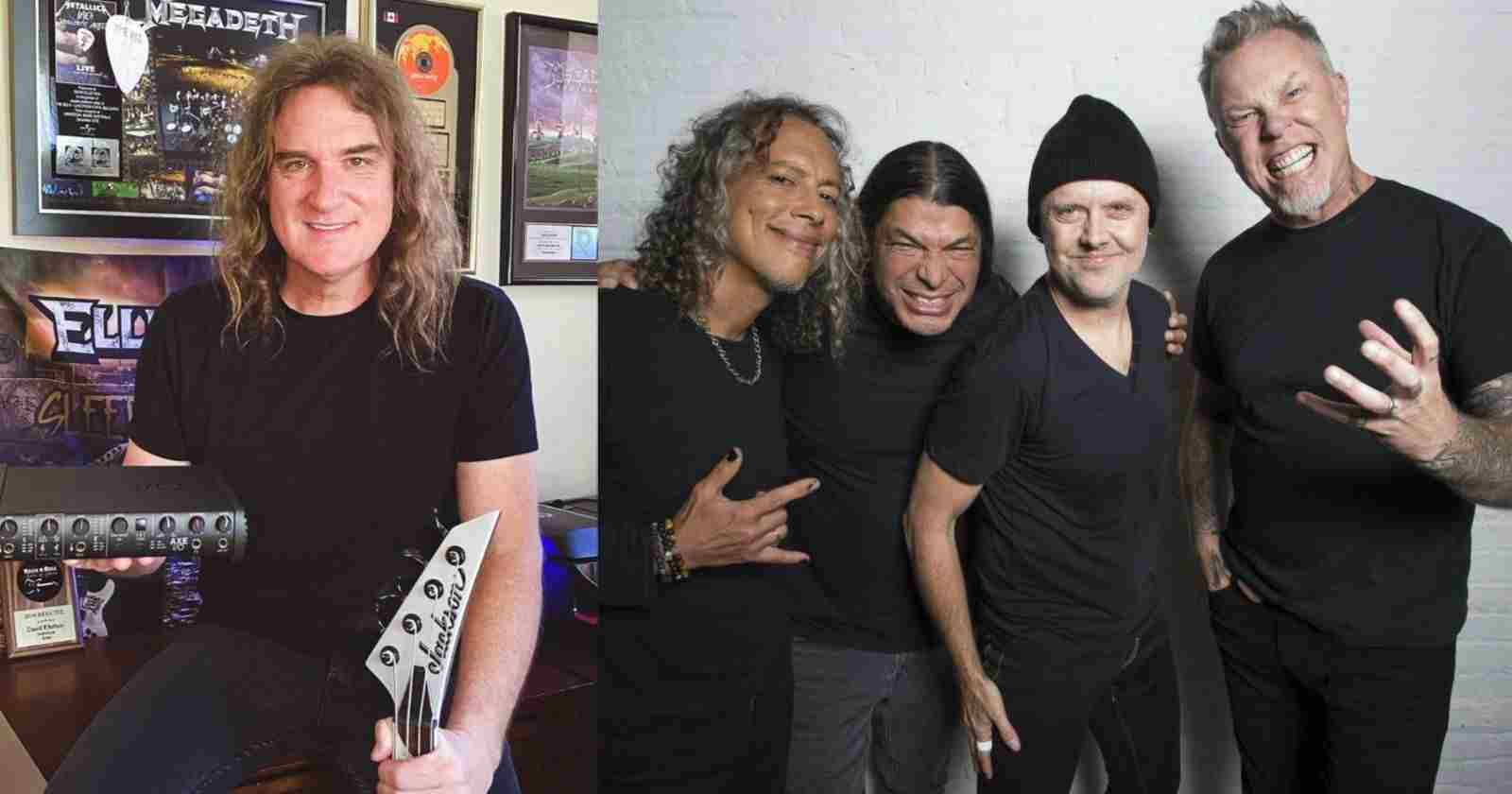 Megadeth bassist David Ellefson explained why he thinks that they owe everthing to Metallica. In an interview with WRIF Radio the musician said that James Hetfield, Lars Ulrich and Kirk Hammett were responsible to broke down the doors for every one of the Thrash Metal scene.

Megadeth’s David Ellefson says they owe everything to Metallica when asked if Mustaine paid attention to what his ex-band did back then:

“Those guys broke down the doors for every one of us — Anthrax, Slayer. Bands today — Lamb Of God, Pantera — none of this would have happened without Metallica being up there as the 800-pound gorilla just carving the path through the jungle that would have never let heavy metal in.”

“The stuff that they able to do and the size and the scope of which they were able to break those doors down, it changed all of our lives — as musicians, as fans, as everything. That’s why I think when they did the ‘Big Four’ [shows] with us in 2010 and ’11, that was just such a great olive branch.”

“As Scott Ian said, it’s like we’re all brothers of the same family, it’s just that one of our brothers went off and became Microsoft [laughs], and that was Metallica. It’s, like, how the hell did you do that? That’s amazing. You changed the world. But the fact that they came back and, again, offered that olive branch to us and just said, ‘Hey, we were all in this together. Let’s celebrate what we did together so many years ago.’ And I think that speaks volumes to just how cool Metallica is,” David Ellefson said.