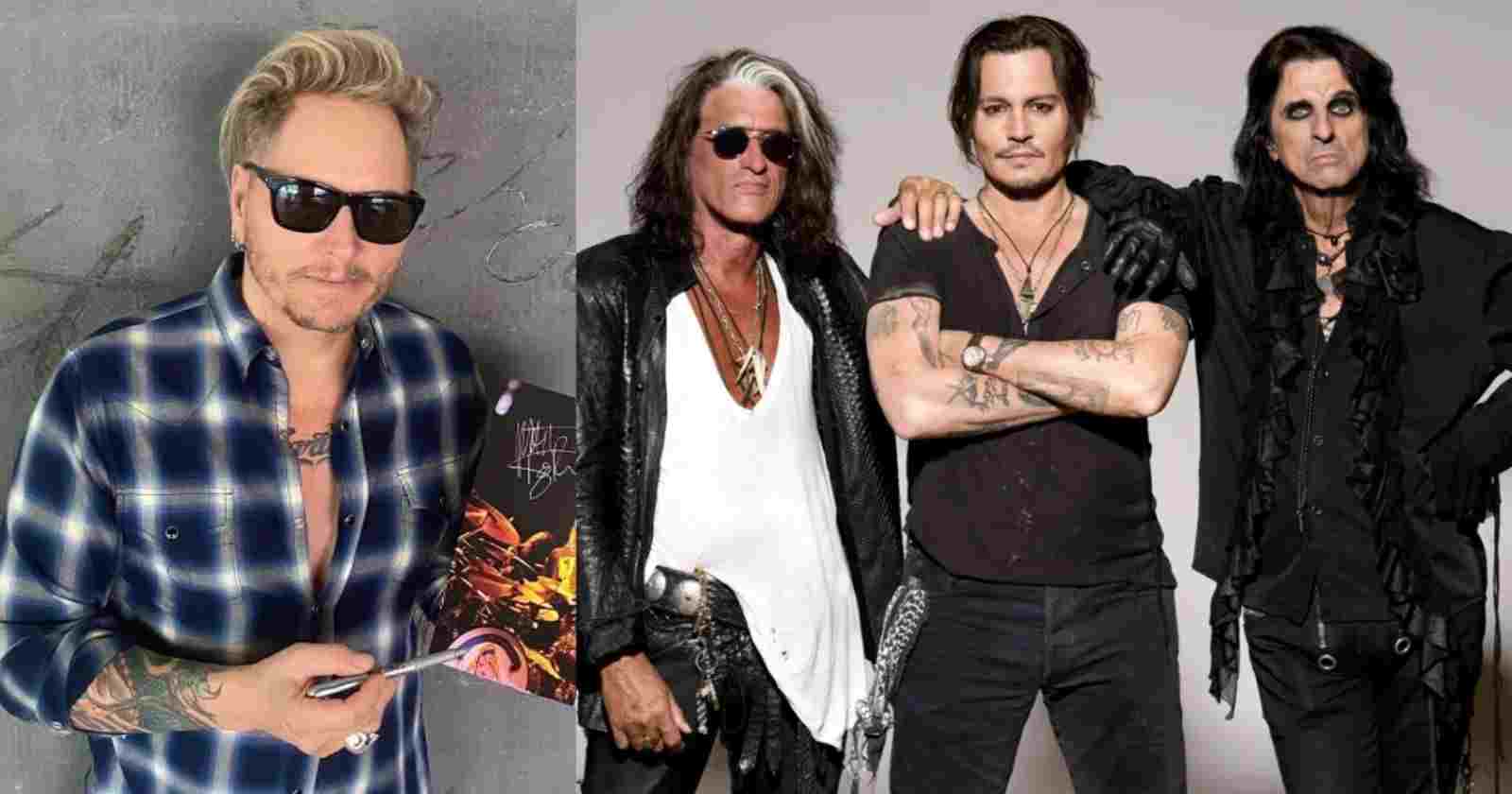 Drummer Matt Sorum, that already played with The Cult and Guns N’ Roses talked with Brazilian website UOL his new book “Double Talkin’ Jive” and revealed the reason why he left the supergroup Hollywood Vampires, that had Johnny Depp, Joe Perry and Alice Cooper.

Matt Sorum left Hollywood Vampires because he was being excluded:

The musician said that he already felt excluded and discovered that the manager was promoting the group with a photo without him, and that became a rule. “It was fun while it lasted, but it wasn’t a real band like Velvet Revolver or Guns. It was more like going out to play covers.”

“I love Alice Cooper, Joe, Johnny. He is a musician? No. But it was amazing to be able to get to know him better. Did you know that he came to Hollywood to be a musician and became an actor by accident?”

“When I played with Johnny at Rock in Rio [2015], he turned to me and said, “Oh, my God!”. He left the stage and said it was one of life’s greatest experiences. It was his dream to play rock on a stage like that. And we play. Being able to provide that to him was incredible.”

About being fired from Guns N’ Roses, he said:

“My life took different directions. If I hadn’t left, I wouldn’t have formed Velvet Revolver. I wouldn’t have gone back to Cult. I would never have created other things. And he would have been complacent. I see bands like Metallica, Green Day, who have maintained formations. And I ask myself, ‘Am I jealous of that?”