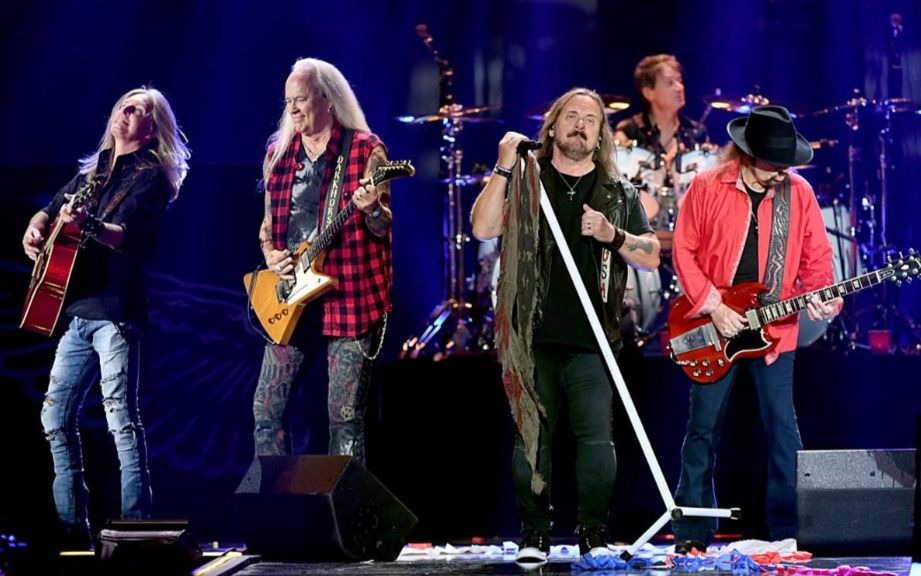 The legendary Lynyrd Skynyrd is currently on their farewell tour and in an interview with radio Q104,3 the guitarist Rickey Medlocke revealed that the tour will probably come to an end in 2020.

When asked about people shouting for “Free Bird” in the concerts, he said:

“And to think that the record company didn’t want Skynyrd to do it. They said it’s too long. ‘It’ll never go, we shortened it to a three-minute version.'”

About performing the classic live, he said:

“We created this one thing in ‘Free Bird’ that, to me, is probably the most special moment of the whole show. Johnny brings out [his late brother and original Skynyrd singer] Ronnie’s hat, the black one, and puts it on top of the microphone stand, and the whole third verse and chorus is Ronnie on the screen singing with the band.

“And I’ll tell you, I’ve seen grown men in the audience weeping. It’s a very powerful thing and to be standing there, Gary [Rossington, guitar] and I are standing right at the microphone stand with the lights on it.

“I’ve got pictures from it and I’ve got a special one up in my house already where you can see Gary and I looking at each other with the hat right there, and with the lights down on it, and it’s almost religious to me. It’s a very special moment. I get chills from it every night.”

About when the Farewell tour will end, the guitarist replied:

“And when we started this out – we started, what, in 2018 in West Palm Beach, and we said, ‘Hey, we want to hit every place we’ve ever played and every place we didn’t play before we say goodbye.’

“So we’re gonna be playing some next year too, maybe we want to go say goodbye to all of our fans. You know what? We’re looking at probably the end of next year [to conclude the tour] but, like, this year I think we did 50-60 shows, something like that.

No 2020 tour dates were announced yet.