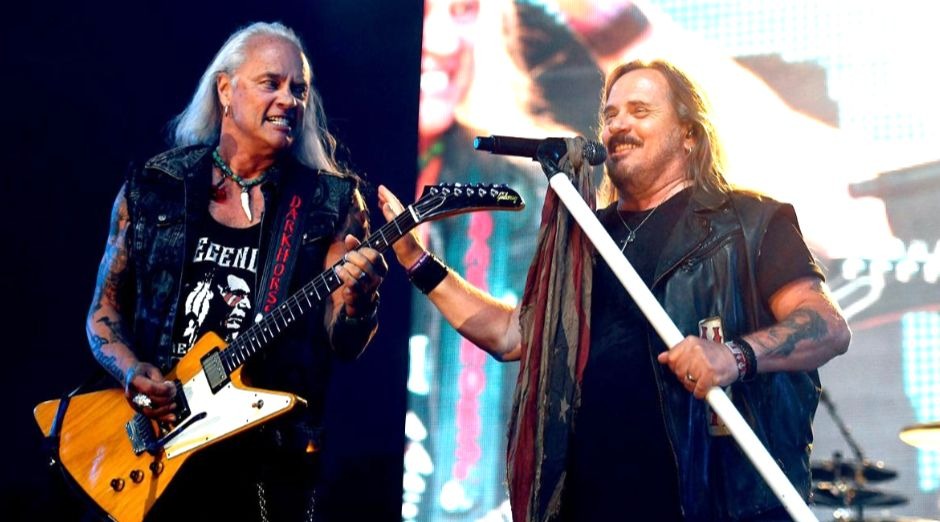 “As promised, here’s a little gift from our Skynyrd family to yours – a new song entitled “Last of the Street Survivors. We want thank everyone for making this possible. Stay safe and God bless ❤️ LS”.

The song was written by Gary Rossington, Johnny Van Zant, Rickey Medlocke and Tom Hambridge. The production was made by Three Southern Gents, recording by John Albani, and the song was mixed at Sonic Studios.

In addition, the song lyrics revives the history of the band: “We played the Garden in New York City / We rocked the house down in New Orleans / We think about the ones we lost along the way / As we’re rolling down the road with Mr. Breeze,”

Lynyrd Skynyrd is an American southern rock band. It became known in the southern United States in 1973, gaining greater international notoriety mainly after the death of several members and the main composer Ronnie Van Zant in an airplane accident that occurred in 1977 near Gillsburg, Mississippi.

After that, the band returned in 1987, with Johnny Van Zant as their leader, and continues to record and perform to this day. Also, the group was included in the Rock and Roll Hall of Fame on March 13, 2006. Throughout their career the band has sold more than 50 million records.

The core of what would later become Lynyrd Skynyrd was formed in mid-1966. In the port city of Jacksonville, North Florida. Ronnie Van Zant and a neighbor, Robert Burns (Bob), who had a drum set, joined schoolmate Gary Rossington, who in turn suggested bassist Larry Junstrom to the then-forming band.