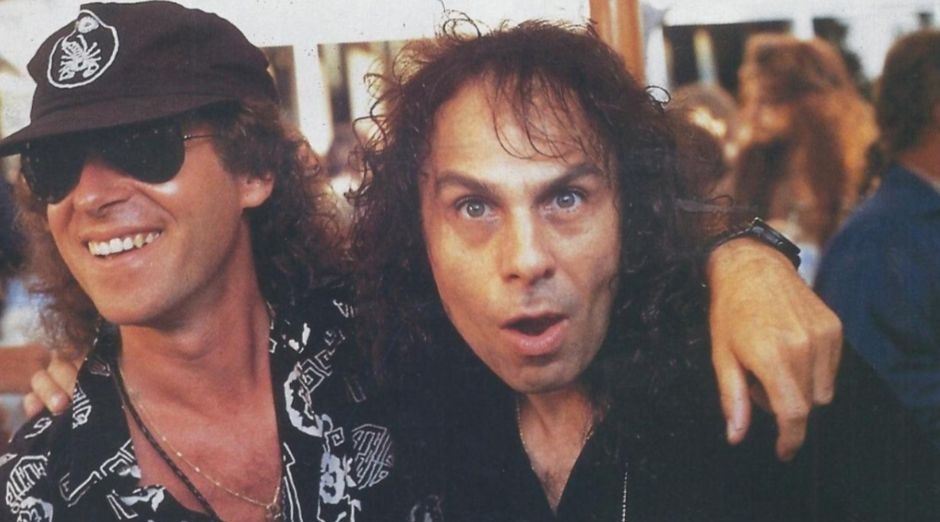 Scorpions vocalist Klaus Meine recalled Ronnie James Dio in an special interview with Billboard for the singer death 10th anniversary. Meine said that many fans mistook him for Dio back in the 80’s. Since the two were short and had similar hair it wasn’t difficult for distracted fans make this mistake.

“Many times back in the 1980s, fans would think I was Ronnie while I was walking by in airports: “Hey, are you …?” And I said with a laugh, “Yes, I am Ronnie,” before I told them my real name.

“Whenever my friend Ronnie and I would meet up, we had a laugh and called ourselves The Everly Brothers of the ’80s. He was such a wonderful guy and an amazing singer and performer. There was only one Ronnie James Dio. I miss you, brother.” 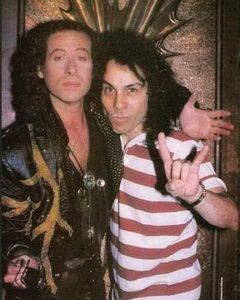 Ronald James Padavona was born in Portsmouth, July 10, 1942 and became famous as frontman of the bands Rainbow, Black Sabbath and Dio. He is considered one of the best vocalists of all time. For his enormous talent and outstanding voice, having influenced many of the best vocalists on the last decades. It is also known for introducing the horned hand, a symbol of rock, inspired by his italian grandmother, that did that to make the evil go away. Ronnie adopted the artistic surname “Dio” inspired by the Italian mobster Johnny Dio.

English mailman turns into Gene Simmons to deliver letters
For U$ 2.500 Megadeth’s Kiko Loureiro plays a solo in your album
Advertisement
To Top