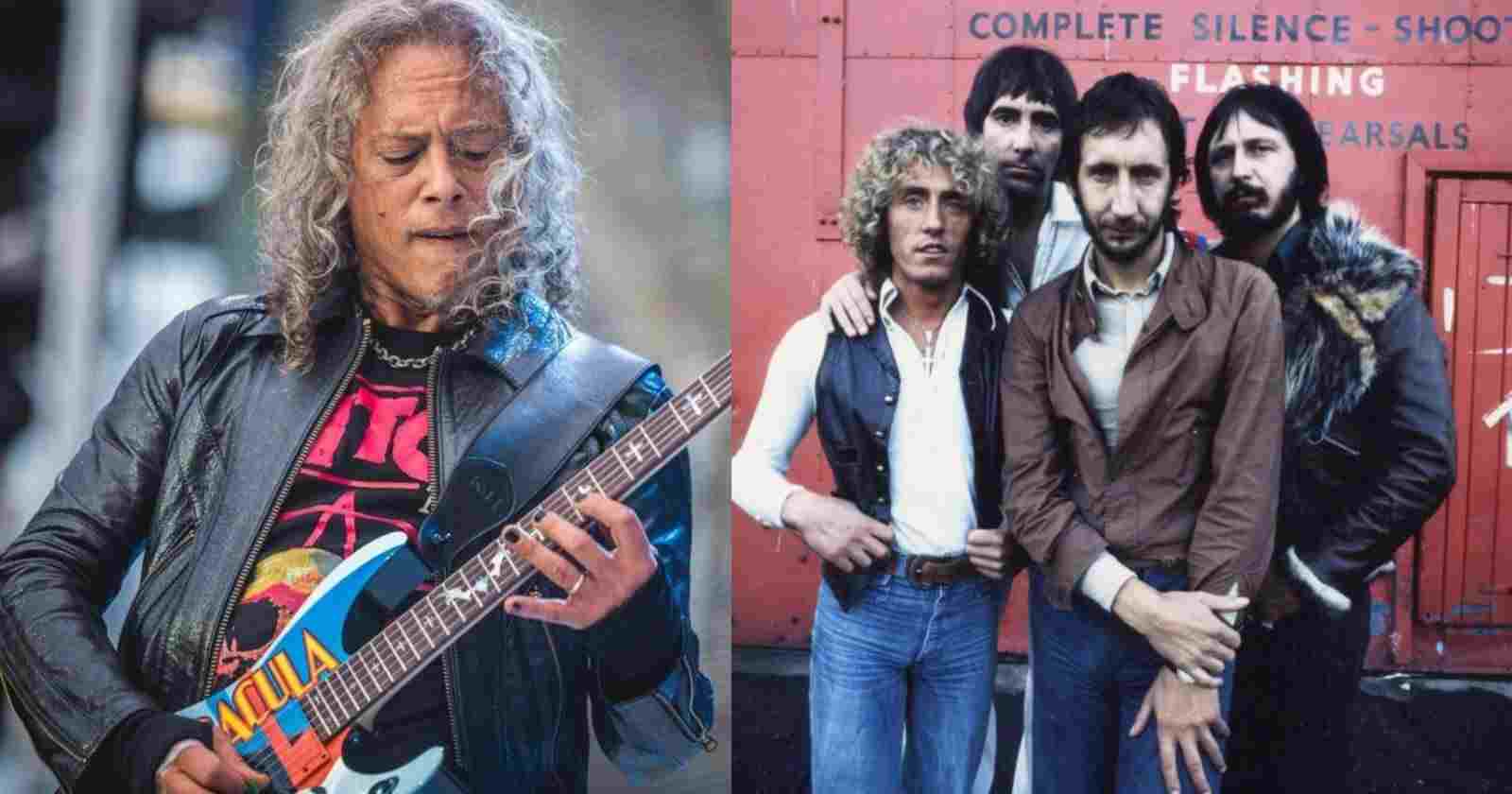 Metallica guitarist Kirk Hammett revealed in an interview with So What that he only started liking The Who only recently. The musician recalled when he met Pete Townshend at Peter Green‘s tribute concert and how he reacted.

Kirk Hammett reveals he started liking The Who only recently:

“OK, so about a year ago I got heavily into The Who. I’d never really been a fan, but something happened, and I became the biggest Who fan. Last year, I called up Rob [Trujillo, bass] and I said, ‘Hey, I’m the biggest Who fan now!'”

“He said, ‘That’s great because they’re playing this Friday at the Hollywood Bowl.’ I was here in Hawaii and I was like, ‘OK, I’m there.’ The next day I got on a plane, flew to LA, hooked up with Rex King [former Metallica tour manager] – because he’s their tour manager now, and went to go see The Who.”

“It was at the Hollywood Bowl and it was with an orchestra, so I was just fucking so thrilled, and I got to meet Pete Townshend and Roger Daltrey for the very first time. And you know, I was just shocked at how friendly they were.”

“I’m always shocked at how friendly anyone is. So that was great. But then, fast forward four or five months to February 2020, we’re in rehearsal for the show, then Pete Townshend walks in; I forgot that he was a late addition to the whole event.”

“And he walked right up to me and goes, ‘Good to see you again.’ I said, ‘Likewise.’ And he said, ‘I didn’t expect to see you so soon.’ I said, ‘Likewise.’ Then he played the song that he was gonna play, a song called ‘Station Man,’ and seriously, he positioned himself about five or six feet in front of me and played the whole song in front of me.

“And I was so blown away, bro. I got the complete Pete Townshend in that five minutes. By the end of the song, he even did a couple of windmills, and I thought, ‘He’s not doing that windmill thing for the show. That’s actually a part of his technique,’ you know?”

“I was blown away in a very quiet fashion. And then came the show, where I was super nervous and played ‘The Green Manalishi.’ I thought I played OK. Literally right afterwards, I felt someone grab my shoulder, I turned around and it was Pete! And Pete said, ‘Man, that was really great, that sounded really, really great!’ And I said, ‘Thanks, Pete!'”

“Yeah, exactly, that’s what I thought, fucking hell! And it was amazing, because I always thought that he was a somewhat extroverted character, but you know, the entire time he was very, very quiet, and just kinda sat in the corner, and was actually much more introverted than I expected him to be. Which I was able to relate to because that’s how I am.”

Pete Townshend asked Peter Frampton to replace him in The Who
The best Deep Purple songs according to Bruce Dickinson, Dio and more
Advertisement
To Top