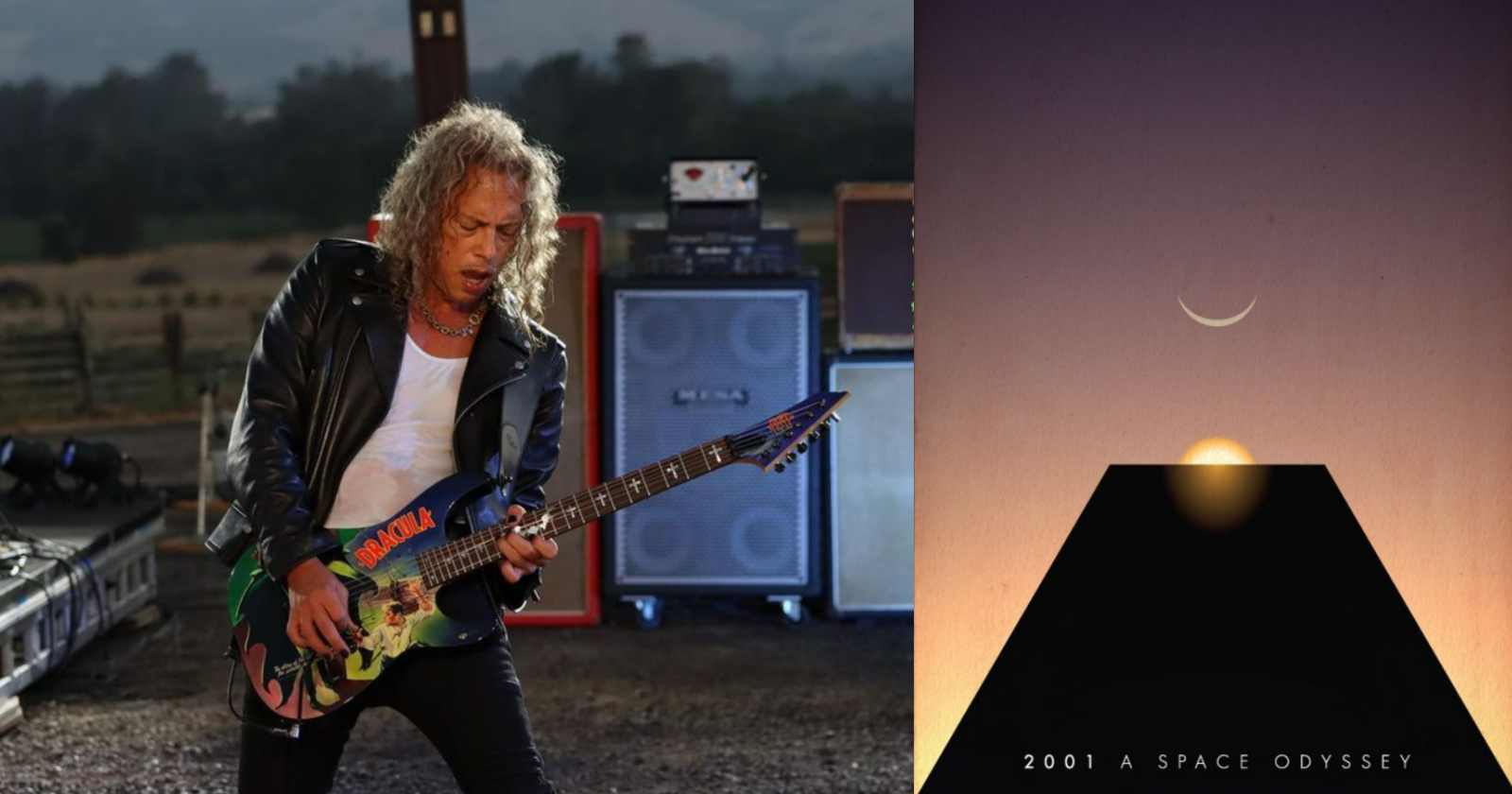 Directed by the legendary director Stanley Kubrick, “2001: A Space Odissey”, was released in 1968 and was a movie that was really ahead of its time for the dept of the scrit and especially for the incredible special effects that aged very well. A big horror and science fiction fan, Metallica guitarist Kirk Hammett recalled in an interview with Ultimate Classic Rock the impact of the experience he had watching the classic movie in the cinema with his father when he was just a kid.

Kirk Hammett recalls his experience of watching “2001: A Space Odissey”

“2001 was definitely a huge, huge thing for me. When that movie came out, my dad took me to see it in a movie theater. I was only six or seven years old! You know, for a kid to see that movie on the big screen, it was pretty huge. I mean, I didn’t understand a lot of it. But the mood of it, the atmosphere of it and the music made a really big impression on me. There was a point where all I wanted to do was listen to 2001: A Space Odyssey.”

“I really think there’s been few soundtracks that have caught that futuristic sci-fi vibe like 2001 has. I think it’s even better than anything that ever came out of those Star Wars soundtracks. And there’s a lot of good stuff in there. John Williams is a great, great composer. But there’s something about that 2001 soundtrack. I mean, it really just goes to my core,” Kirk Hammett said.

The screenplay of the movie was written by Stanley Kubrick and the praised science fiction writer Arthur C. Clarke. The story of was inspired by Clarke’s short story “The Sentinel” that was released in 1951.

Considered one of the must influential movies ever made, 2001 was deemed “culturally, historically, or aesthetically significant” by the United States Library of Congress and selected for preservation in the National Film Registry in 1991. The budget for the movie was 10.5 million dollars and the box-office made 146 million dollars.

In 1985 a sequel, that didn’t had Stanley Kubrick involved was released with the name of “2010: The Year We Make Contact“. Even though the second movie was inspired by Arthur C. Clarke’s 1982 sequel novel, this time the screenplay was written only by the director Peter Hyams.