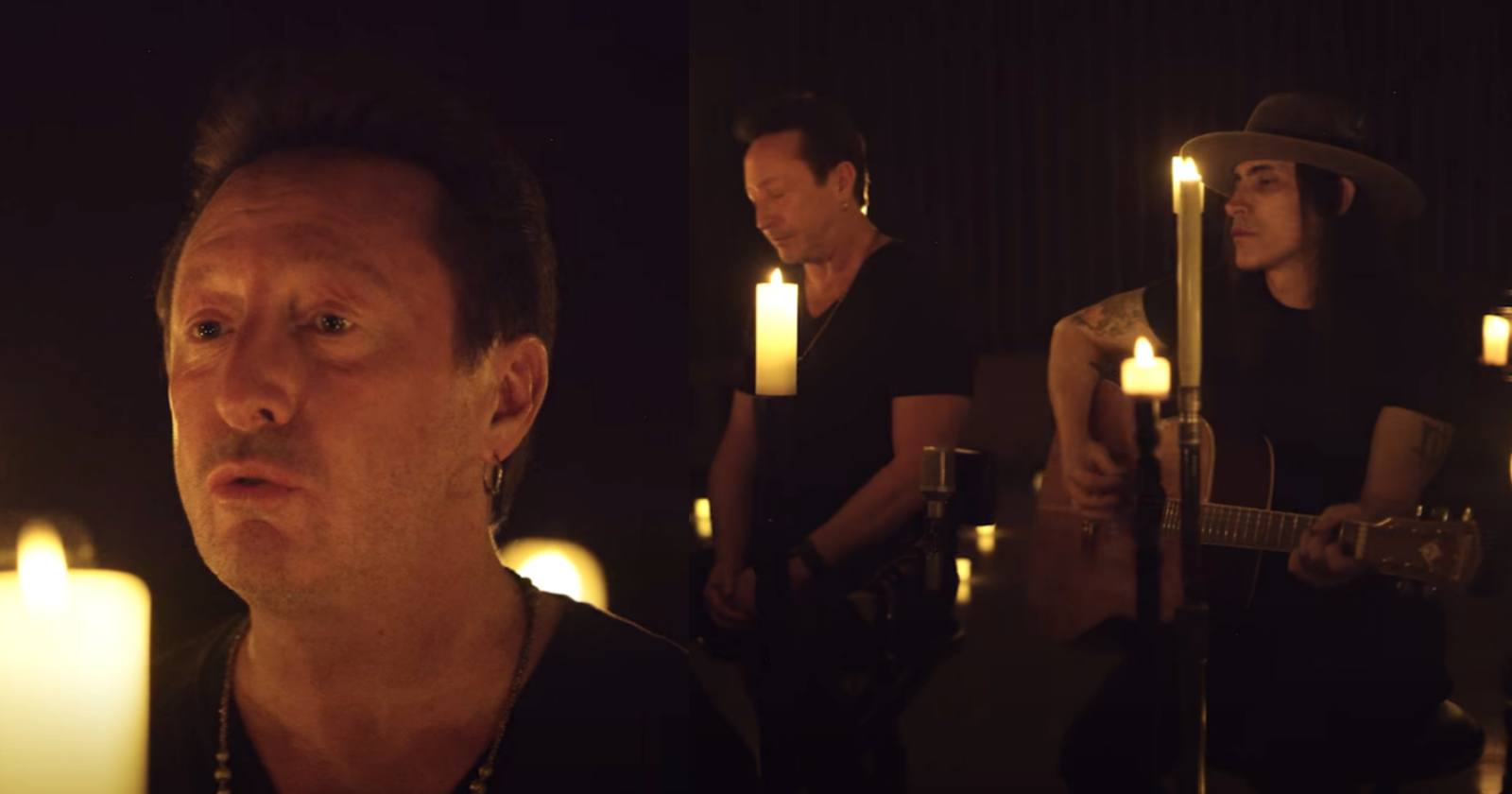 Born in 1963, when The Beatles were starting to be succesful, Julian Lennon is John Lennon‘s oldest son and for the first time ever he performed his father’s classic solo career song “Imagine”. He covered the song alongside Extreme guitarist Nuno Bettencourt for the Global Citizen’s Stand Up For Ukraine.

Julian Lennon is a musician, photographer and philanthropist. His first album “Valotte” was released in 1984 and had the hit “Too Late For Goodbyes”. Since then he had made 5 records. He recently announced “Jude”, that will be his seventh album, and released the tracks: “Freedom” and “Every Little Moment“.

In an official statement, Lennon talked about the song, saying: “The War on Ukraine is an unimaginable tragedy. As a human, and as an artist, I felt compelled to respond in the most significant way I could.”

“So today, for the first time ever, I publicly performed my Dad’s song, IMAGINE.” Why now, after all these years? I had always said, that the only time I would ever consider singing ‘IMAGINE’ would be if it was the ‘End of the World’…”

“But also because his lyrics reflect our collective desire for peace worldwide. Because within this song, we’re transported to a space, where love and togetherness become our reality, if but for a moment in time…”

“The song reflects the light at the end of the tunnel, that we are all hoping for… As a result of the ongoing murderous violence, millions of innocent families, have been forced to leave the comfort of their homes, to seek asylum elsewhere.”

“I’m calling on world leaders and everyone who believes in the sentiment of IMAGINE, to stand up for refugees everywhere! Please advocate and donate from the heart. #StandUpForUkraine,” Julian Lennon said.