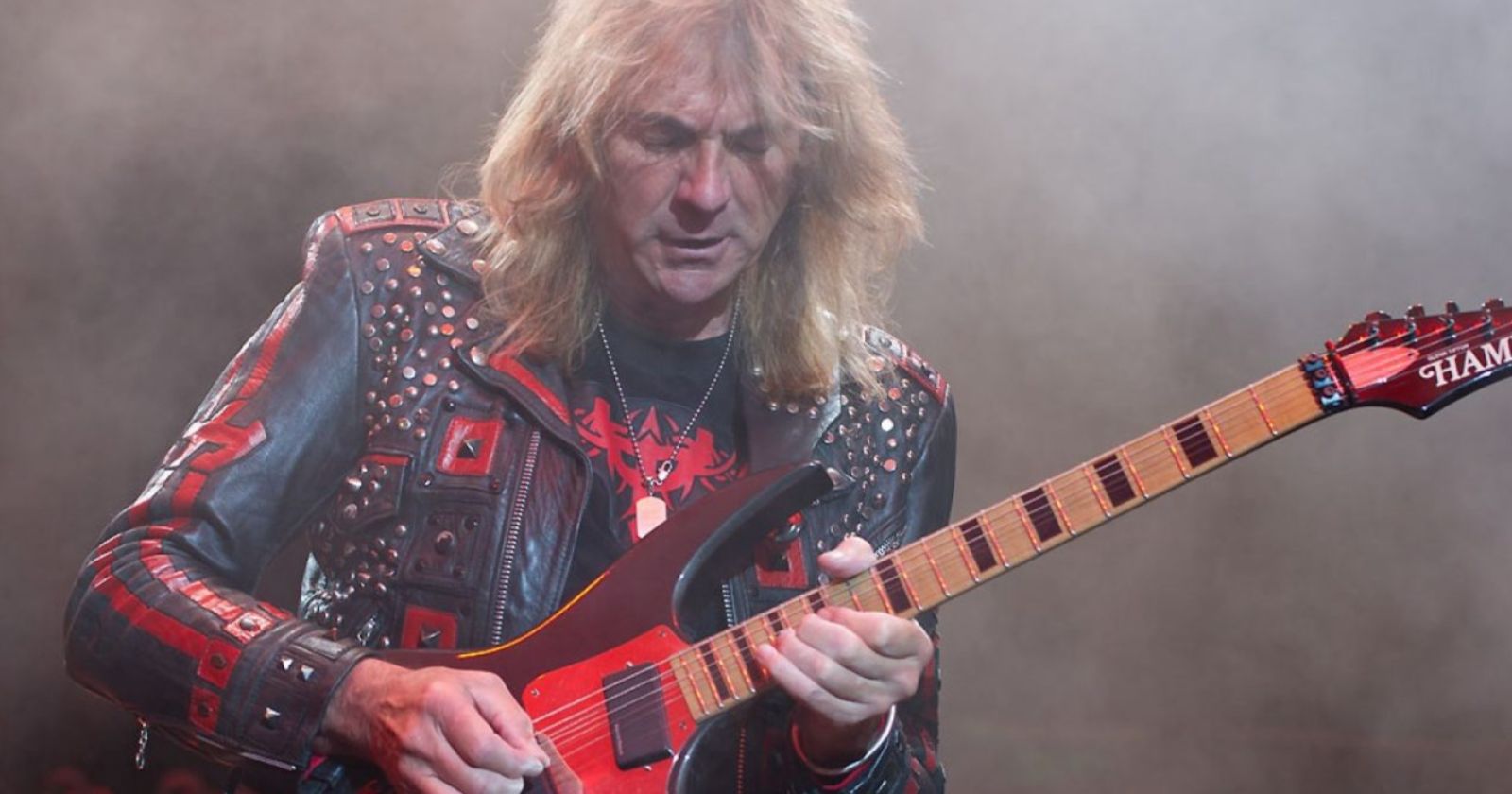 Legendary Judas Priest guitarist Glenn Tipton recalled in an interview with Metal Hammer his childhood and how he first got involved with music and playing the guitar. The musician doesn’t tour with the band anymore since 2018 due to Parkinson’s disease but he is still involved in the composition of the albums.

Judas Priest’s Glenn Tipton recalls how his childhood was:

When and where were you born?

Did you come from a musical family?

“My mother was a classical pianist, so I constantly heard the sound of the piano throughout the house. She was a big influence. My brother Gary also played guitar, and again that inspired me a lot.”

What was the first music to make an impact on you?

“A combination of soul and blues. I had a mate called Pete Hughes, who was the singer in my first band. He and I used to go into Birmingham a lot to buy records. I loved soul singers like Nina Simone and the great bluesmen like Robert Johnson. Those were my first music loves, then I went on to more progressive blues,” Glenn Tipton said.

Did you have any music lessons as a kid?

“My mum tried to teach me the piano when I was about 12, but you should never have your parents do that sort of thing. From personal experience, it just doesn’t work. I got bored and gave it up.”

“I was far from a model pupil. In fact, I didn’t like it at all. Just about the only subject in which I did well was art. The rest of it was wasted on me.”

What got you into playing guitar?

“It was indirectly through my brother Gary. He had a guitar in his room, so when he was out I’d sneak in and play it. Of course, I thought I would never be found out. But every time I picked up that guitar, the tuning would inevitably change, and my brother… yes, he noticed!”

What made you want to be in a band?

“I think it was a combination of things. As I said, my mother was an inspiration on me wanting to take up music. So, was my brother. He was in a local band at the time called The Atlantics. They were both important. But equally so was that I had a dead-end job at British Steel working in the foundry. I was desperate to get away from that, and I looked at music as being a means to achieve this. I wanted to be in a band in order to help improve my lifestyle,” Glenn Tipton said.