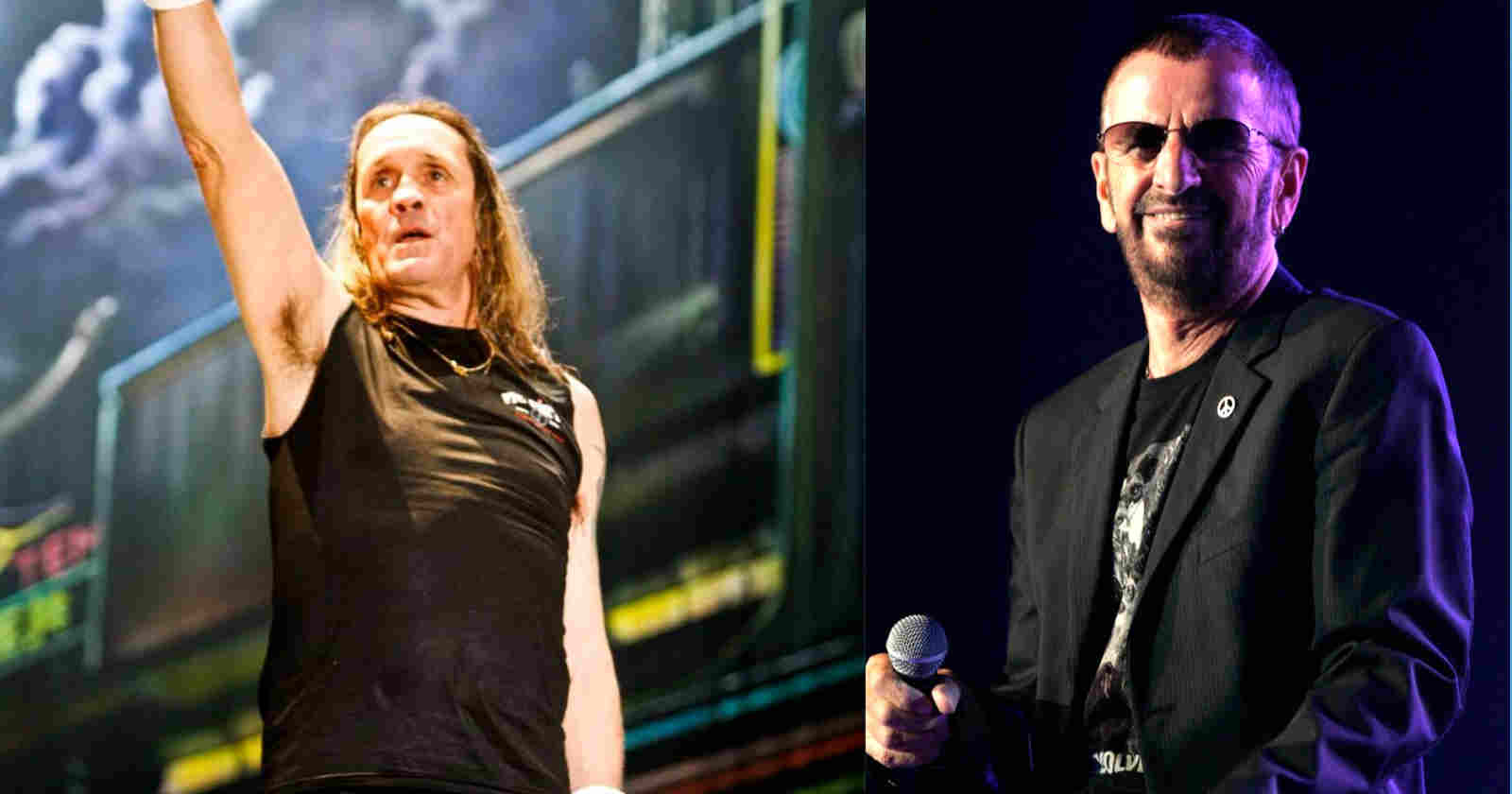 Photos by Adels and Eva Rinaldi

Iron Maiden drummer Nicko McBrain picked the Beatle Ringo Starr as his rock god in an interview with BBC’s “The Rock Show With Johnnie Walker“. The 69 year-old British musician recalled that he had a Ringo Starr poster in his room when he was young.

“I’ve chosen Ringo because he was the very first drummer that really influenced me in my genre of music. I started off listening to Dave Brubeck when I heard Joe Morello playing, but Ringo was my first hero. In fact, when I was 12 years old — in fact, I was 11 — I had a poster of Ringo in my bedroom.”

“He was looking over the left side of his drum set over his hi-hats, and I every night would go to sleep thinking, ‘That is the man. That is the guy I wanna be like.’ And he really did kick off my drumming career. One other thing is I got to meet him three years ago when he played down here in Fort Lauderdale — the first time after all of those years that I got to meet my hero.”

Born in Hackney, London back in 1952, Nicko McBrain is Iron Maiden’s drummer since 1982 when he replaced Clive Burr. His first album with the band was 1983’s “Piece Of Mind”. Before Maiden, Nicko McBrain played with bands like Pat Travers and French group Trust known for the song “Antisocial” that was covered by Anthrax.