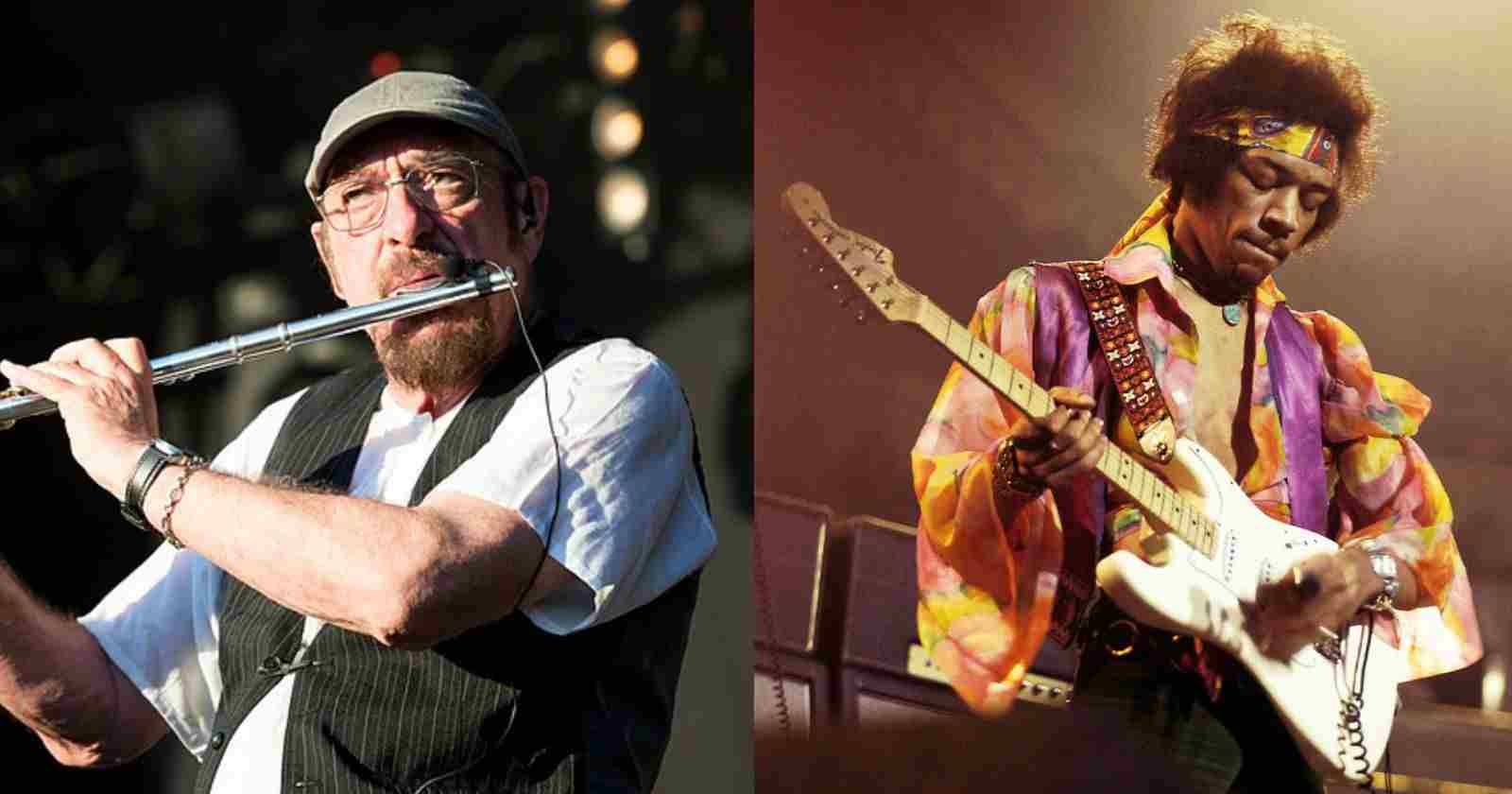 Ian Anderson recalled in an radio interview Jimi Hendrix‘s opinion on Jethro Tull. The musician saw Hendrix playing his last concert at the Isle of Wight Festival August 31st, 1970, that Tull was also the headliner.

“Jimi Hendrix was one of the reasons that Jethro Tull got noticed in much of Europe. Because he was, I think, slightly impressed by Jethro Tull when we were the opening act for him in Stockholm early in 1969. He then told our German promoter of this band that he’d seen and recommended that we might be an act that was worth booking.”

“So our German agent – Fritz Rau – he went off to London to try to find us and was told, ‘Well, I’m afraid the band isn’t available. Because they’re embarking upon their first tours to the USA and elsewhere. So we can’t do anything in Germany for a while. Because the USA is a big country to try and break, and to cover geographically.’

“But nonetheless, later on, he did book us for a show and that began our career, not just in Germany. But I think the success that we had in Germany spread into all the other neighboring countries – Austria and the Netherlands. And even before we got there, we had a growing reputation.”

“So Jimi was helpful in that regard in recommending us to promoters. I didn’t know that at the time, I didn’t know that until after Jimi Hendrix died. He wasn’t a friend of mine. I only ever met him and talked to him once when we were actually in Stockholm at a press conference.”

“But within a year or two, of course, his fame had become so enormous throughout the world. His entourage had appeared, who were there to source and feed him drugs, women, and everything that went with the imagined rock ‘n’ roll lifestyle. So Jimi Hendrix did get a little out of control over the next couple of years in terms of his personal life, and sadly, he’s one of the many victims of the excesses of the lifestyle.”

“I learned those life lessons by watching other people in their own personal disasters. One of those things that kept me away from drinking, drugs, and that kind of behavior. It’s not really my inclination anyway. But when you’ve lost so many people over the years particularly to drugs. Particularly to hard drugs – then it meant that I was not going to go down that route myself.”