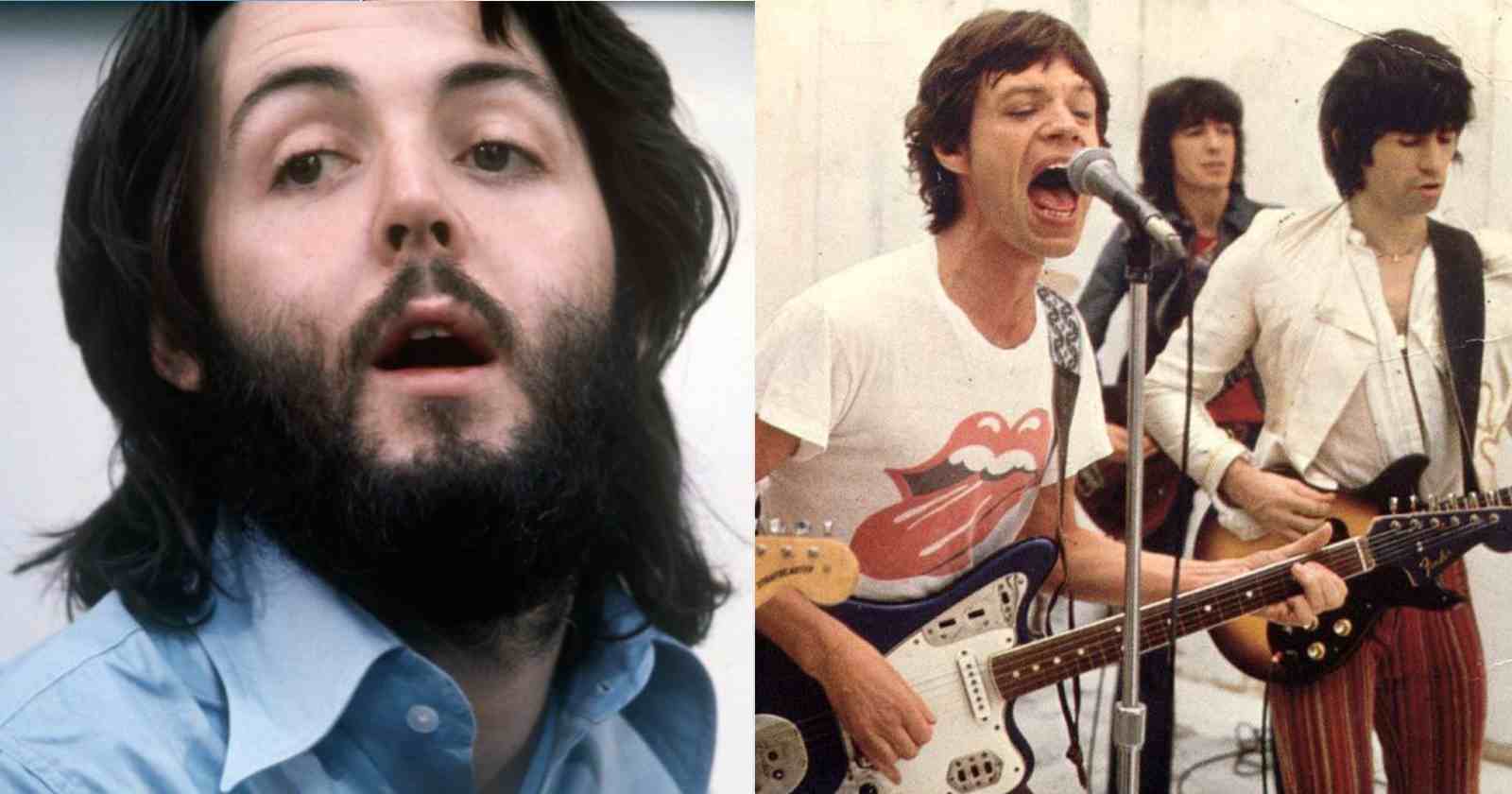 The Beatles and The Rolling Stones are probably the biggest British Rock and Roll bands of all time and they both started almost at the same time. Even though there was a kind of rivalry between the fans of the two of groups back in the early days, the musicians were friends and The Beatles even helped the Stones to get their first hit as Paul McCartney recalled in an interview with Playboy magazine back in 1984.

How The Beatles helped the Stones to get their first record deal and a hit, according to Keith Richards:

“I wrote it (“I Wanna Be Your Man”) for Ringo to do on one of the early albums. But we ended up giving it to the Stones. We met Mick and Keith in a taxi one day in Charing Cross Road. Mick said, ‘Have you got any songs?’ So we said, ‘Well, we just happen to have one with us!’ I think George had been instrumental in getting them their first record contract. We suggested them to Decca, ‘cuz Decca had blown it by refusing us. So they had tried to save face by asking George, ‘Know any other groups?’ He said, ‘Well, there is this group called the Stones.'”

“So that’s how they got their first contract. Anyway, John and I gave them maybe not their first record, but I think the first they got on the charts with. They don’t tell anybody about it these days; they prefer to be more ethnic. But you and I know the real truth,” Paul McCartney said.

The Beatles are only 2 years older than The Rolling Stones, the first one being formed in Liverpool in 1960 and the second in London in 1962.

In a project called “Living Legends” that The Rolling Stones had with Youtube back in 2008, where Richards and Mick Jagger answered fans questions, Keith Richards listed the 4 bands that in his opinion are the best of all time and explained why (Transcribed by Rock and Roll Garage).  One of the bands listed were The Beatles and he said: “The Beatles, obviously. I mean, I sort of throw them in, obvious.”

Back in 2003 answering a fan on his website section “Ask Keith” (Transcribed by Rock and Roll Garage), Keith Richards talked about the friendship that the Stones had with the Fab Four, saying: “John was a particular good friend of mine. Stories that cannot be told (laughs). George was a lovely guy, we got Paul (a great songwriter) and Ringo, what a guy, what a steady (beat). They came to see us play, we were playing in a pub, at Station Hotel in Richmond, that was our gig.”