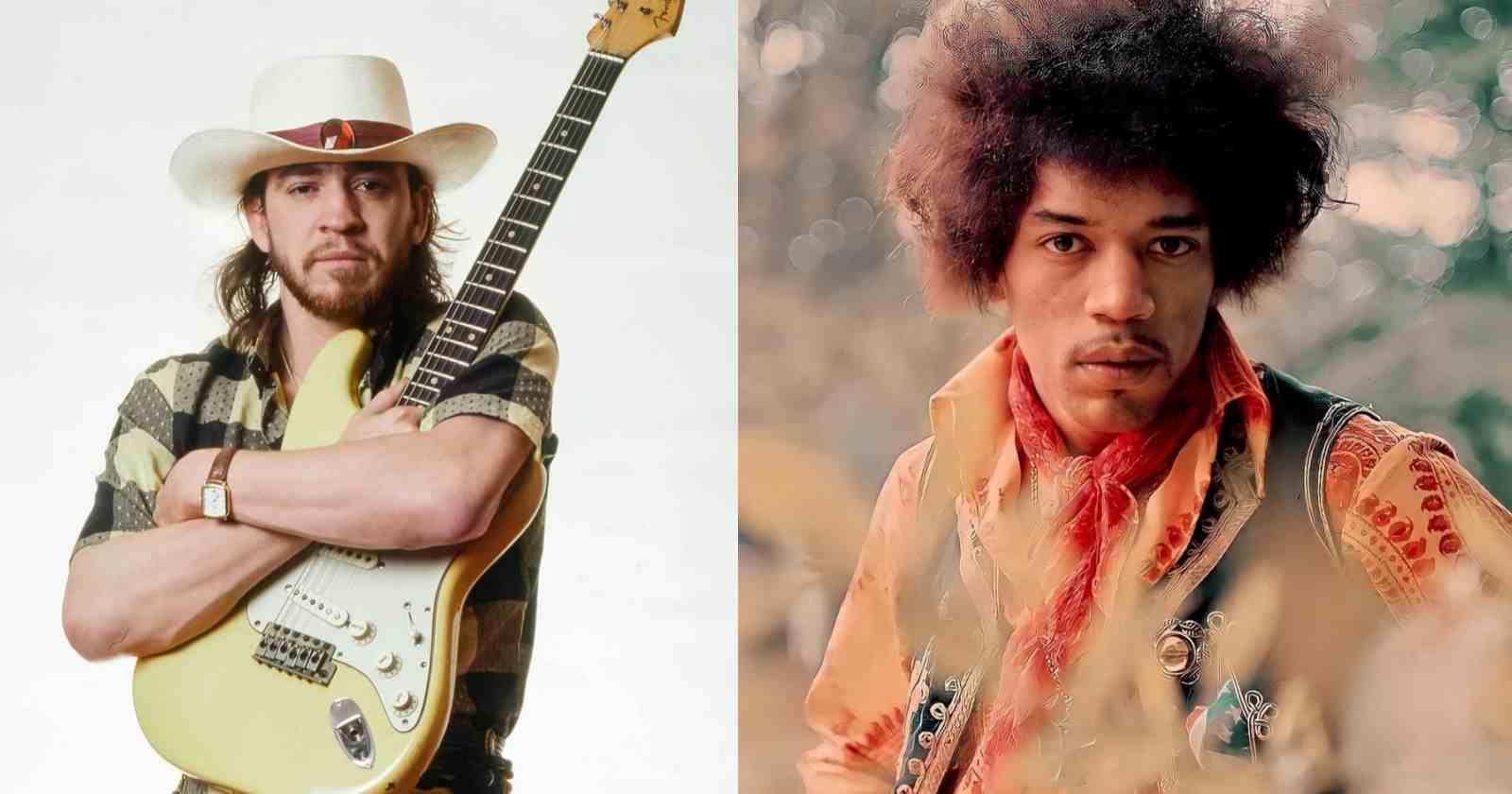 During his successful and short career, the late guitarist and singer Stevie Ray Vaughan, who tragically died at the age of 35 back in 1990, was often compared with Jimi Hendrix, who still is considered the best guitarist of all time.

In interviews in the 80s, the guitarist talked about the first time he heard Hendrix, the dream he had about a jam with Hendrix and how he felt about being compared with the guitarist.

In an interview with Billy Pinnell in Australia back in 1984 (Transcribed by Rock and Roll Garage), he was asked if he recalled when it was the first time that he ever heard Jimi Hendrix, Stevie Ray Vaughan said: “Yes, it was in my bedroom, my brother brought his first record home before it was really released in the States. He had a connection, I’m not sure who it was and of course it blew me out.”

“I mean, Albert Collins, B.B King, Albert King. These people where all rolled into Jimi Hendrix’s music. A lot of people don’t realize that and it’s a shame in one way but good in another. Now that it can be brought out and people can understand that.”

Stevie Ray Vaughan dreamed about Jimi Hendrix and they jammed

In an interview with MTV in 1984 (Transcribed by Rock and Roll Garage), the musician said again that there only could be one Jimi Hendrix and that: “I just do my best to do what I can to carry his music on. This is much as anybody else’s music that I appreciated on my life. I love him, like he was my brother.”

Stevie then revealed that he dindn’t had the chance to see Hendrix live but he had a few dreams about him during his life: “There was one where we waited up, for the whole dream we sat this far apart (a small distance). I showed him anything I wanted to show him. He showed me anything he wanted to show me and we tried to play one time.”

“Right as a soon as I wake up, I ran to get one of my guitars but it dind’t work, nothing. I finally figured out a few months later that if it had been that easy I wouldn’t learn anything.”

Stevie was tired to be compared with Jimi Hendrix

In the interview with Billy Pinnell he was asked if he was getting tired to be compared with Hendrix, to which he replied: “Yeah, but because people don’t understand there’s only one Jimi Hendrix. I do what I can do. I’m very, very glad to be able to hear him and be influenced by his life and his music. But there is only one Jimi Hendrix. Just like there is only one Bo Diddley. Only one Muddy Waters and only Howlin’ Wolf.”

In another audio interview (Transcribed by Rock and Roll Garage), Stevie Ray analyzed Jimi Hendrix’s guitar technique, saying that his tone, touch, application of chords, rhythms, taking the idea of Blues songs and “turning them into modern day things, like for instance ‘Manic Depression’. To him, that was a modern Blues song. Even though is a waltz. That is pretty inventive kinda of stuff to me. And the way he used the whammy bar was completly different than anybody I’ve heard do it. His touch, the soft, clear and he took tones a lot further than anyone.”

“He would take harmonics, if he couldn’t take straight out of the guitar he would find an effect. I think he opened all those doors. I think he just continued to try to take things further. He wasn’t afraid of talking about spiritual things in his songs and trying to grow. It’s obvious to me that he was trying to grow spiritualy. I think that was a new thing in Rock and Roll or Rock music. I think he stretched all the boundaries.”

He then formed his own group Triple Threat Revue, but he renamed them Double Trouble after hiring drummer Chris Layton and bassist Tommy Shannon. He gained fame after his performance at the Montreux Jazz Festival in 1982. His debut studio album Texas Flood charted at number 38 in 1983. It was a commercially successful release that sold over half a million copies. Vaughan headlined concert tours with Jeff Beck in 1989 and Joe Cocker in 1990.

Stevie Ray Vaughan & Double Trouble were inducted into the Rock and Roll Hall of Fame in 2015. Guitarist John Mayer, responsible for the induction, said in his speech: “Stevie Ray Vaughan is the ultimate guitar hero”.