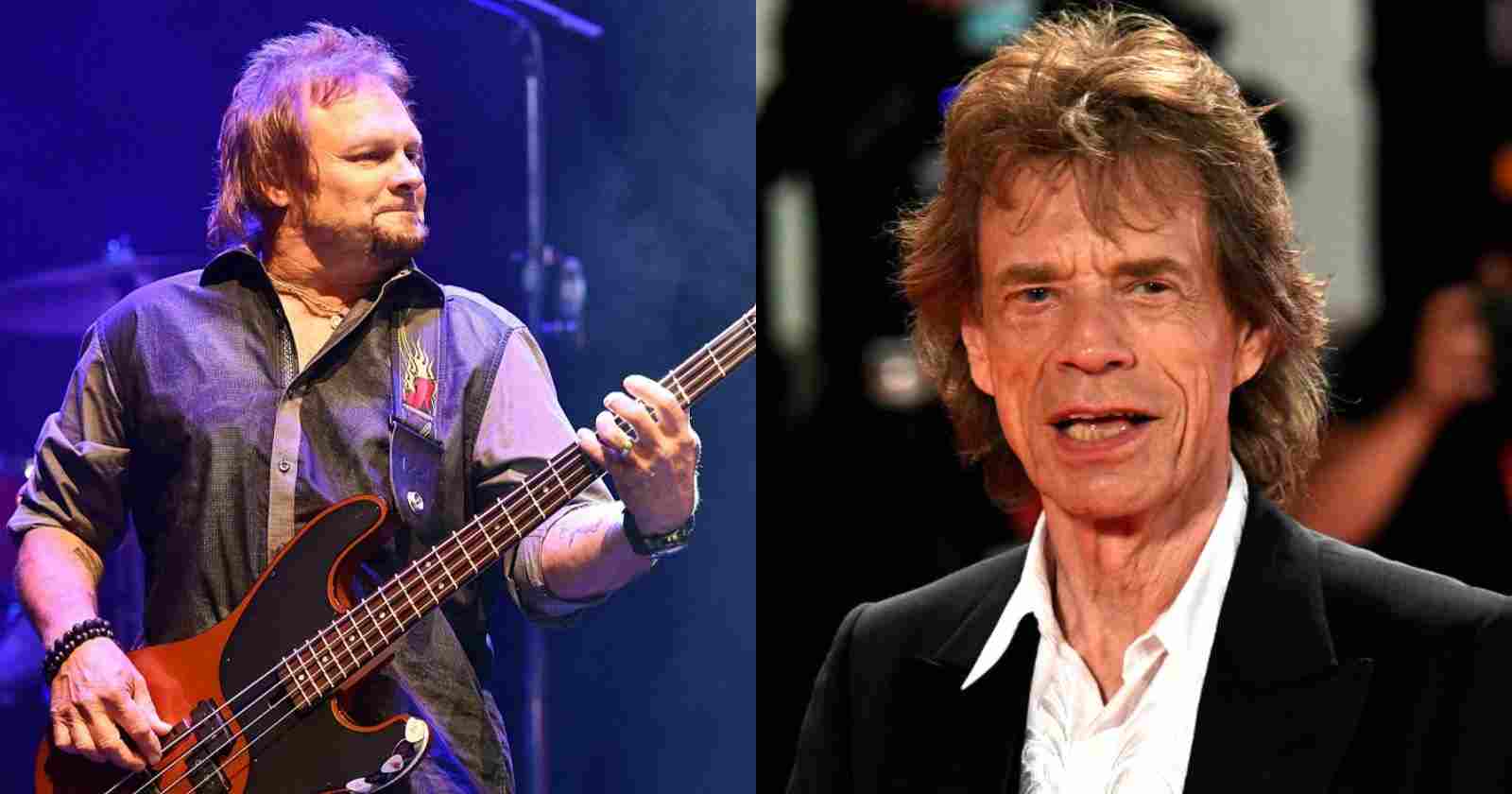 Kevin “Dugie” Dugan traveled the world for 30 years with Van Halen as Michael Anthony‘s bass technician. In an interview with Ultimate Guitar, Dugan recalled the funny story of when he accidentally knocked Mick Jagger on the floor. He also recalled Mick Jagger pranked him some years after that.

“Ok, so at the end of 1981, we were done touring – we finished up in Cedar Rapids, Iowa. That afternoon, we get a notice that the Rolling Stones were booking a show at the Orange Bowl and I forget who was in the middle of the bill. But Henry Paul from The Outlaws had gone solo and he was opening. Then there was someone else on the bill and then the Stones. The first day sold out and the second day, they had sold less than 10,000 tickets.”

“The Stones had been saying all along that they needed to get a band in underneath them to cushion it. I think the other band that was supposed to play pulled out or something. Anyways, they asked Van Halen to play. The second day sold out immediately when they put it on sale. So here we were playing with the Stones.”

“Backstage, the guys from the Stones used to love to wear capezio shoes, Mick and Keith did anyway. They would be running around stage and the stage had these two huge ramps on it. They had three stages that they would leapfrog around the country. When they would put the stages together, they’d have to touch up the paint on the ramps and they were painted with a special paint that had sand mixed in. So it would keep them from sliding and falling on their ass.”

“So it comes time for Michael to do his solo and once again, the stage is a lot wider than we were used to in the arenas. So Michael had taken his bass off and he would throw it – the solo would change. But we would always do that gag. Remember when David Lee Roth would do that jump off the drum riser and do to toe touch and he’d land on the stage? Well, that a really far drop, like 15 feet. So, under the mylar, we had a big mat underneath it, so that he would land on a mat. So when Michael would do his solo, he’d take the bass off and he’d throw it down on the mat and then he’d pretend to jump on it as I made the noises like we talked about earlier.”

“Well, at the last second, he goes to throw it and he realizes that it’s a little further away than he’s used to so he threw it a little harder than usual. So the bass hits the mat, bounces off the drum riser and back over his head and lands on the ramp behind him, face down. So the bass is sliding down this ramp with grip sand on it and I could hear the strings popping.

“Michael looks at me like “what the fuck!?!” he was supposed to go jump on the guitar. So I should have a spare set of strings sitting out and I didn’t. I admit, that was a mistake. When something like this happens, you learn, and you never do it again.”

“So I grabbed another bass, went out on stage, threw it down on the mat and flipped him off. He went and “jumped” on that bass. So went out and gave him his third bass to do the next couple songs and told him I’m going to need a couple songs to change strings and he did the rest of the solo. Like I said, I didn’t have a set of strings there, so I ran back to my workbox and I see Bill Graham, the promoter, and he’s leaning on my workbox talking to some other guy.”

“So I yell, “Bill! Get out of the way!!!” Bill jumps out of the way and I grab the door of my workbox and throw it open and the other guy he was talking to, the door hits him in the chest. He flies back on his ass about five feet. I yell, “sorry!” grabbed the strings, ran back out, changed strings and got Michael his number one bass back.”

“Then I went back and found Bill Graham and apologized to him. I said, “where’s your friend? I’d like to apologize to him too.” He says, “you didn’t see who that was? Don’t worry about it. We were in your way.” Then I turn around and I see the guy and he’s got a big floppy hat on and its Mick Jagger. Michael comes off stage and I’m not sure how he found out so quickly. But the first thing he says is, “you knocked Mick Jagger on his ass?!?”

“Years later, after I worked with Thin Lizzy, I got to know a tech named Jim Barber, who is a great guitar player and a great tech. He was in The Law with Paul Rodgers and Jimmy Page and he’s teched for Eric Clapton, Jimmy Page, Jeff Beck. He’s recorded with them, he’s recorded with the Stones. So he was doing one of Mick’s solo tours and he was staying with me while they were recording. I went to LAX to pick him up and there’s a limo and a couple vans for all the gear he flew in.”

“So I started helping go back and forth and grab gear and put it in the van, and everytime I’m walking past this limo. At one point the brought Mick out and put him in the limo. I didn’t know this at the time, but Jim Barber had set all this up. But he’s standing there with the road manager and they open the door to the limo, blocking my path and they push me into the limo and slam the door shut and Mick Jagger is sitting there by himself and he looks at me and he goes, “I understand we’ve met before. I really want to thank you for letting Jim stay at your house…”

“I’m sitting there thinking “what the fuck!?!” he goes, “you know, we’ve reached out to Eddie and Michael and please try to convince Michael to play on my record for one or two songs, that would be wonderful” I said, “Sure, absolutely.” He says with a smile, “thank you so much and again, I really appreciate it.” He proceeds to invite me to dinner with him and Dave Stewart, who was producing the record.”

“Then he says, “well thank you again for letting Jim stay at your house and please remember to talk to Michael about the record…oh, and one more thing I’ve got to mention…” all of the sudden, his facial expression changed and he lunged at me, grabbed me by my shirt and pulls me towards him and says, “if you ever knock me on my ass again, I’ll have you killed!” I was horrified! Then he starts laughing and says, “I can’t keep a straight face…” and he rolls the window down and there were 10 people outside laughing and saying, “we got you!!” that was pretty funny. The fact that Jim got Mick to do that is something else.”

“You know the hat that he wears in the video for “Undercover For The Night”? That white fedora? That’s what he was wearing and he took the hat off in his room and went to the bar as we were bringing luggage and gear into his room. We were setting up a recording station where he could do demos if he wanted to.