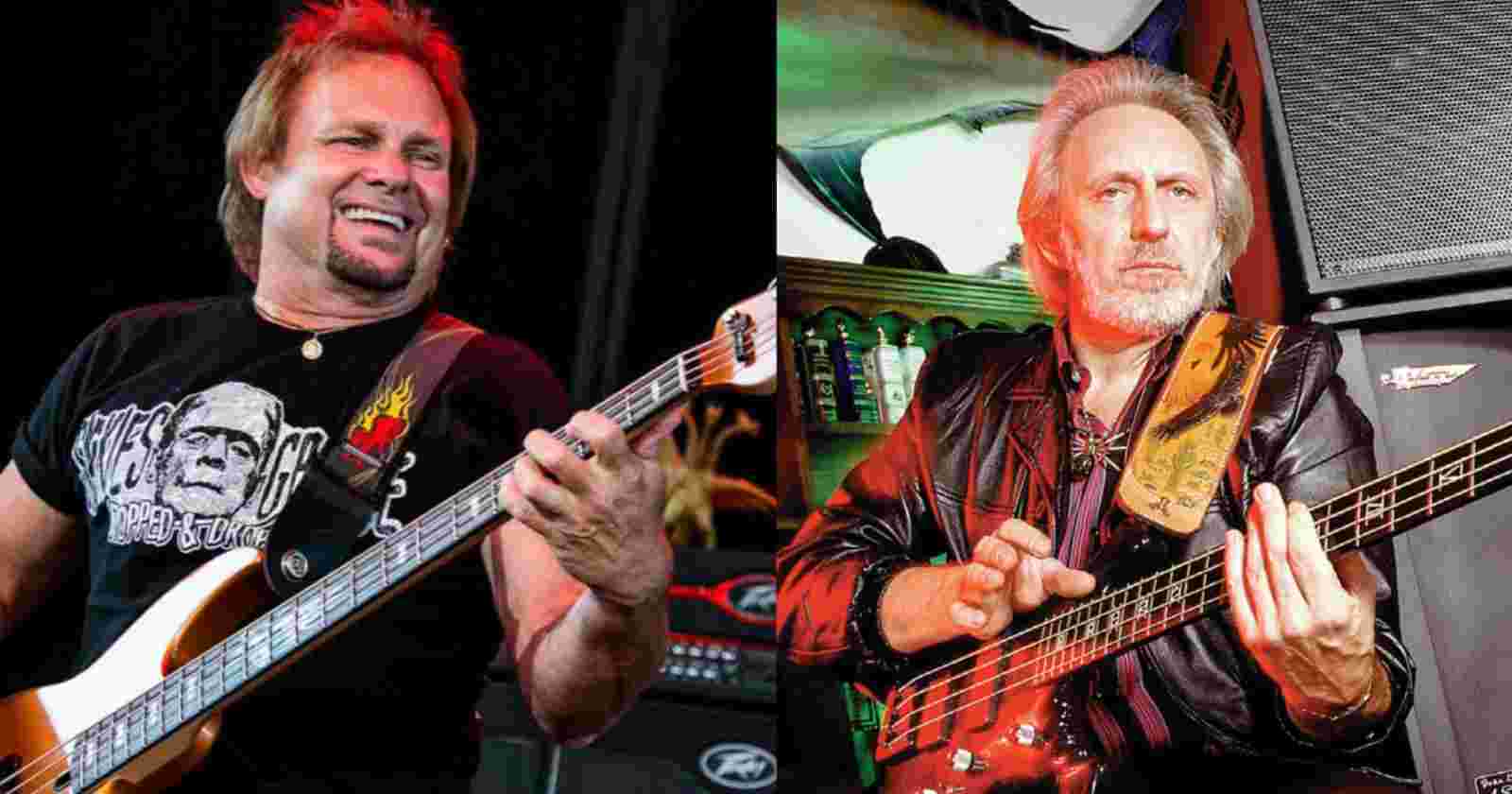 Ex-Van Halen bassist Michael Anthony recalled in an interview with 95.5 KLOS when he met one of his favorite bass players of all time, The Who’s John Entwistle. The musician said that it was almost impossible to understand what the British musician was saying because of his accent.

“We were playing Monsters of Rock in Donington in England, in the early ’80s, and [The Who bassist] John Entwistle came to the show. All of a sudden, you turn into a little kid; I don’t care how big of a celebrity you are, I’m just like, ‘I’m your biggest fan!’ You say the most stupid thing right off the bat.”

“Actually, in a little part of the show, I would whip out this bass that looked like a Jack Daniels bottle, and he actually picked that bass up backstage during soundcheck and played it, and liked it. The only thing I just wish I had was this right here [smartphone] so I could have gotten it on video. But meeting him, he was the first big-time bass player that I listened to growing up that I met, and he was the nicest guy.”

“Unfortunately, I can only understand probably about every sixth word that came out of his mouth when he was talking with his accent. But what a great guy, it was a great meeting – I’ll never forget that.”

Yeah, he had that heavy working-class London accent, right? He’s an amazing guy, I got to meet him when they did the ‘Quadrophenia’ re-tour of 1996, and sat with him, had a couple of drinks after the show at a hotel in New York City, and just asked him about some of his bass parts. What an incredible guy.

“The drinks even make it worse! There’s a convention that they have out here in Anaheim, CA, every year called the NAMM Convention – the music merchandising show. And I saw him at that, and we actually both were part of a jam that happened one of the evenings, but he had a couple of beverages.”

“Funny enough, he had just gotten back from Cabo San Lucas hanging out there, so he and this guy that was with me, we were drinking margaritas, and I couldn’t understand anything! I just laughed when he laughed and we had a great time.”