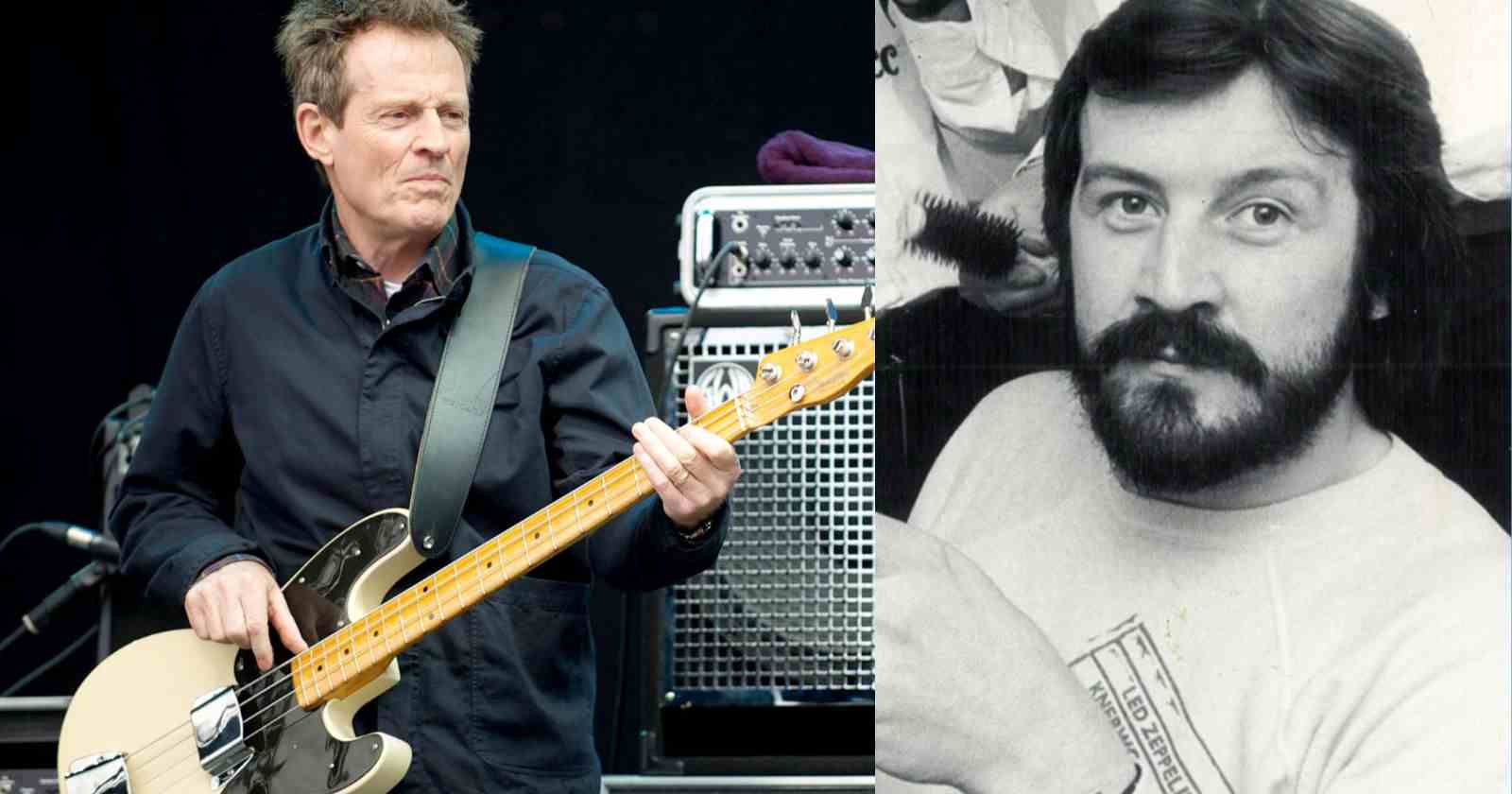 John Bonham is often considered one of the best drummers of all time that unfortunately died too soon. In an interview with Bonham’s brother, Mick Bonham, Led Zeppelin bassist John Paul Jones recalled how he met the drummer and what was his first reaction.

John Paul Jones about his reaction when he met John Bonham:

“I rang Jimmy when I read he was going to form a new band. Because I was doing sessions at the time, and I asked him if he needed a bass player. He told me he was going up to Birmingham to see a singer who knows a drummer and that we might have a band by the time he gets back.”

“When he got back he rang me to say that John was playing with Tim Rose, and at that time. I think, he was making either £100 a week; or was it £40? Anyway, could we top it? John didn’t really want to leave Rosy. Because he thought it was steady work so it took a lot of time and trouble to get him to leave.”

“The first time I ever met John was in a tiny basement room we had rented in Lyle Street. We just had loads of amps and speaker cabs there that had been begged, borrowed or stolen and it was literally, ‘This is Robert, this is John ‘How do you do? What shall we do now?’ ‘What do you know?’ John Paul Jones said.”

“I said I’d been playing sessions and knew nothing at all so Page just said, “Well I don’t know, do you know any Yardbirds songs?” We went with ‘Train Keep A Rollin’ in E, and he counted us in. There was like this instant explosion and an instant recognition that this would be a really good outfit to be with.”

“The first thing to strike me about Bonzo was his confidence, and you know he was a real cocky bugger in those days. Still, you have to be to play like that. I t was great, instant concentration. He wasn’t showing off, but was just aware of what he could do. He was just rock solid.”

“John was rock solid and because drummers and bass players have to work so closely together you soon get to recognise each other’s ability. You soon know if you’ve got a duffer onboard.” When you’re young and come up through the bands you know immediately, well he’s not up to much or my God, I can’t work with this blike. With Bonzo and I, we just listened to each other rather than look at each other and we knew immediately because we were so solid. From the first count in we were absolutely together.”

“I must have still been doing some arrangements or had some other commitments left over because, after a short break at rehearsal at Page’s house by the river in Pangbourne, I had to go back and finish off a PJ Proby record which I had already done the arrangements for.”

“So to keep the coffers full (because no one was earning any money), I booked all of us onto the session. I told them, “You know Jimmy and I have this great new drummer you ought to have”, and I even got Percy in on tambourine just so he wouldn’t feel left out. So our first professional engagement was that PJ Proby record,” John Paul Jones said.

“We knew straight away it was going to be good and we would become a great rhythm section. Plus John wasn’t influenced by other rock bands. Neither of us really listened to other rock bands. Maybe John did a bit with the Brum bands and he liked The Beatles. But he was more into soul music and loved songs.”

“Funnily enough, I was at the hairdressers this morning when one of the old Delphonics songs came on the radio and I thought of him, as it was a song he used to like. Actually all the best drummers listen to the lyrics, believe it or not, and he always listened to the lyrics.”

“Bonzo would play Beatles songs and many other songs and sing and play drums because all the phrasing has to do with the lyrics. If you ever need to know the words to a song ask the drummer. We also had a love for James Brown and soul music in general. I don’t really like rock drummers because they’re all a but ‘tippy tappy’ with nothing really ‘booty’ underneath and no real understanding of what James Brown called ‘The One’. Bonzo did,” John Paul Jones said.

The guitarist that Rush’s Alex Lifeson named as his favorite of all time
Metallica announces tribute album with Elton John, Ghost and more
Advertisement
To Top