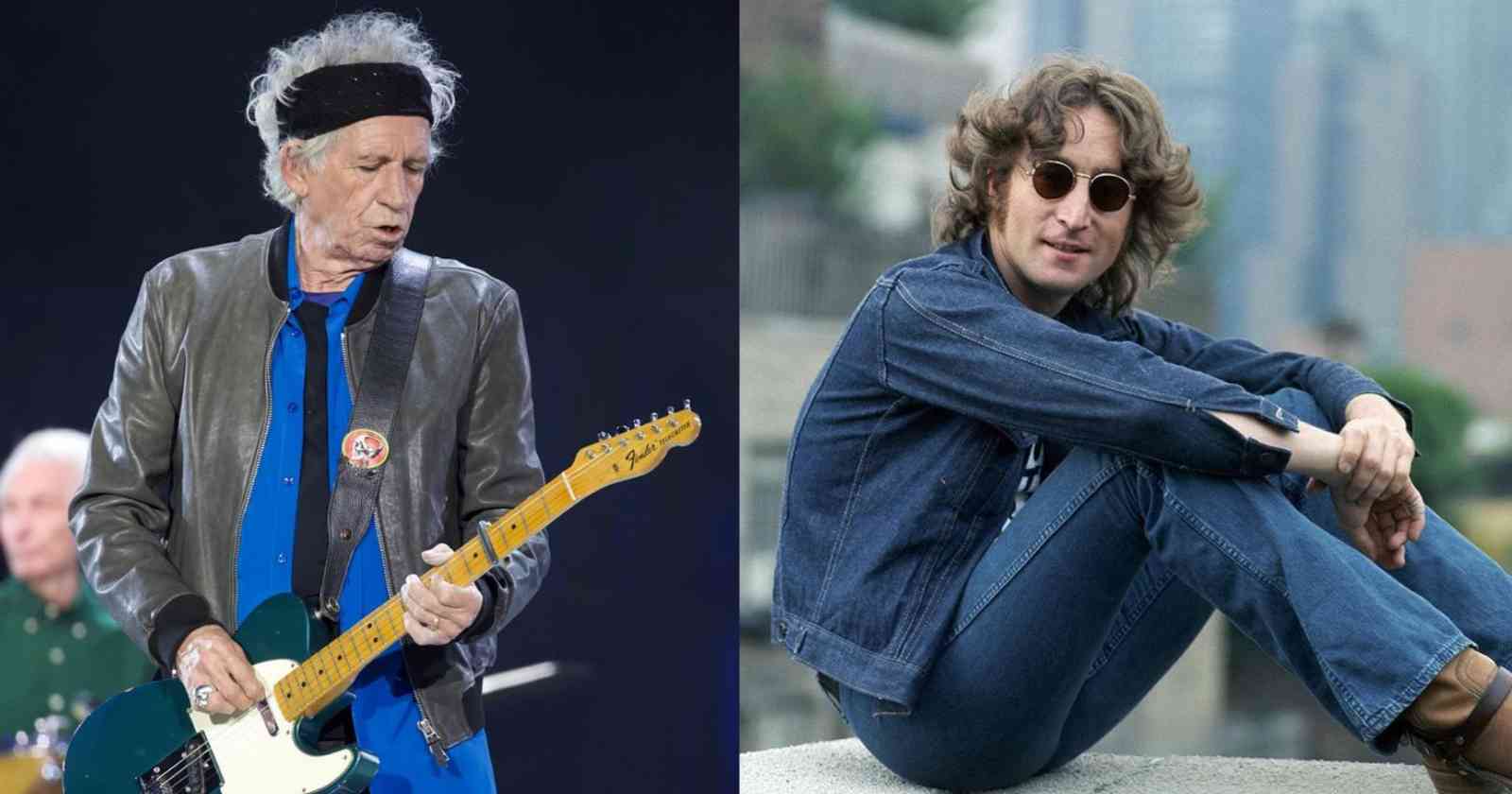 John Lennon died too soon at the age of 40 back on December 8, 1980 less than a month after releasing his solo album Double Fantasy and his assassination chocked the entire world. Many other famous artists talked about the death of The Beatles guitarist and singer in the following years and one of them was The Rolling Stones guitarist Keith Richards.

In an interview with The Guardian back in 2000, to talk about the 20 years of Lennon’s death, the musician recalled how heard the news of the death and that he was in New York at the time, the same town Lennon was murdered.

How Keith Richards heard the news of John Lennon’s death

“I was downtown on Fifth Avenue in New York. The first bit of news I got, I thought: ‘He’ll make it. It’s just a flesh wound.’ And then, later on, the news really came. He wasn’t just a mate of mine, he was a mate of everybody’s, really. He was a funny guy. And you realise that you’re stunned. You really don’t believe it. And you think, ‘God, why can’t I do anything about it?’ I got well drunk on it. And I had another one for John. Then there was the confusion, the phone calls, trying to find out if Yoko was OK.”

“There were the Beatles, and there was John. As a band, they were a great unit. But John, he was his own man. We got along very well. We didn’t see each other very often. But he would sort of turn up at your hotel. Usually, if I was in the city, I’d stay at the Plaza. If John turned up, that meant he wanted to party.”

“He didn’t come there to discuss, you know, philosophy, although it would end up like that. I would just get into town, and there’d be a knock at the door: ‘Hey, mon, what is going on around here?’ We would get the guitars down and sing. And, in our spare time, discuss world domination.”

“He’s rubbed off on me as much as anybody. A bit of me rubbed off on John, too, you know. He took it with him. My father just passed away, and he winked at me just before he died. I really feel a lot better about death now. I’m getting off on that wink. I’d give the wink to John.”

The Rolling Stones and The Beatles relationship according to the guitarist

Stones guitarist Keith Richards explained back in 2003 answering a fan on his website section “Ask Keith” (Transcribed by Rock and Roll Garage) the friendship they had with the Fab Four. “John was a particular good friend of mine. Stories that cannot be told (laughs). George was a lovely guy, we got Paul (a great songwriter) and Ringo, what a guy, what a steady (beat). They came to see us play, we were playing in a pub, at Station Hotel in Richmond, that was our gig.”

“It was the only one we really had and everybody was having a good time and I turn around and there is these four guys in black leather overcoats standing there, this was soon after ‘Love Me Do’. I mean this was really early on and this is early 60s. From then on we’re always good mates. When George’s new single (was ready) we always made sure we didn’t clash because in those days was like every two months you had to have a new single.”

“We would collaborate with each other, so we didn’t go head to head, because otherwise it seemed like ‘you’re either Beatles or Stones’, bullshit. And we are so similar, that’s not true. We all recognized that and it was one of the great things about it. I mean, between the two bands there was never any sense of competition, was coperation.”