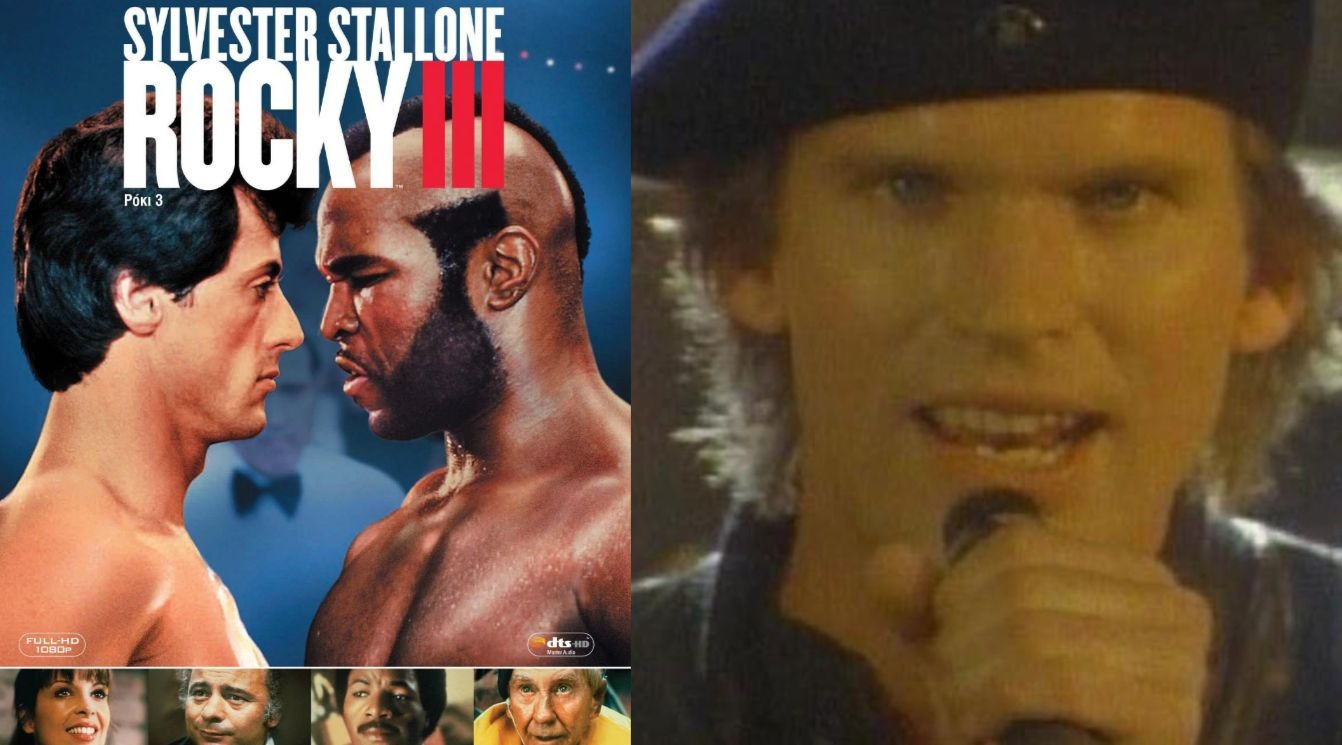 In 1982 the world was introduced to the third part of the Rocky saga through Rocky III, written and directed by its main star, Sylvester Stallone.

The story of boxing fighter Rocky Balboa continued to be told and talked about how the athlete, now having to deal with success, faced the battles in the ring, on the streets and behind the scenes, involving competitions with new names of the sport and questions about it of the character’s personal life.

Much more famous than the script of the film is the song chosen to be in key moments of the narrative of Rocky III, and “Eye Of The Tiger” has a very peculiar history.

The song composed by the band Survivor not only became symbol of the film as its main riff is to this day, almost 40 years after the movie, icon of any scenes involving fights and / or contact sports.

Their guitars have been quickly associated with action scenes and there is not a living being on this planet that does not connect one thing to another when the first notes of the sound begin to play.

It turns out that the initial idea of ​​Sylvester Stallone was not to have an original song for his film, but to actually use one that already existed, and it was “Another One Bites The Dust”, released by Queen in 1980 on the album The Game.

When he heard a “no” from the Freddie Mercury band and company, Stallone then recruited Survivor who, through guitarist Frankie Sullivan and keyboardist Jim Peterik, composed an instant classic and scored the biggest hit of their entire career.

The version that appears in Rocky III is a demo of “Eye Of The Tiger”, which even had tiger sounds that were taken from the final version, released on 1982’s Eye Of The Tiger.

Hear the demo below:

In an interview about the whole process, Frankie said:

“Sylvester liked it so much that he did not want to wait until we re-recorded, although the version on our record was made in a professional studio.”

In the same conversation, he recalled how the VHS tape sent to the band by Stallone had just “Another One Bites The Dust” on the scene to which they were supposed to compose the sound:

“When one of my idols, Brian May, went to one of our shows in Los Angeles in 1984, he touched on the subject. I offered to send him a copy, which I still have.”

Thanks to the success of the title track, the band’s third career album reached # 2 on the Billboard 200 chart, but failed to convince public and critics with their other songs.

The track’s song, in turn, topped the US singles charts for six weeks straight and was the second most successful song of that year, second only to Olivia Newton-John’s “Physical.”

Needless to say, the song was like an award-winning ticket to Survivor, reaching the top of the charts in countless countries around the world.

The band had previously released two studio albums with no major impact even though “First Time America” ​​from the first album became a well-known song in the Chicago region and “Poor Man’s Son” and “Summer Nights” , have entered the charts.

A curiosity is that “Youngblood” from the debut album can be seen as a kind of draft for “Eye Of The Tiger”, with a structure of very similar guitars.

At the time of the music that exploded all over the world like a punch, Survivor singer was Dave Bickler, who had problems with his voice and left the group in 1983, returning in other future occasions.

Survivor still exists and their latest album, Reach, was released in 2006.