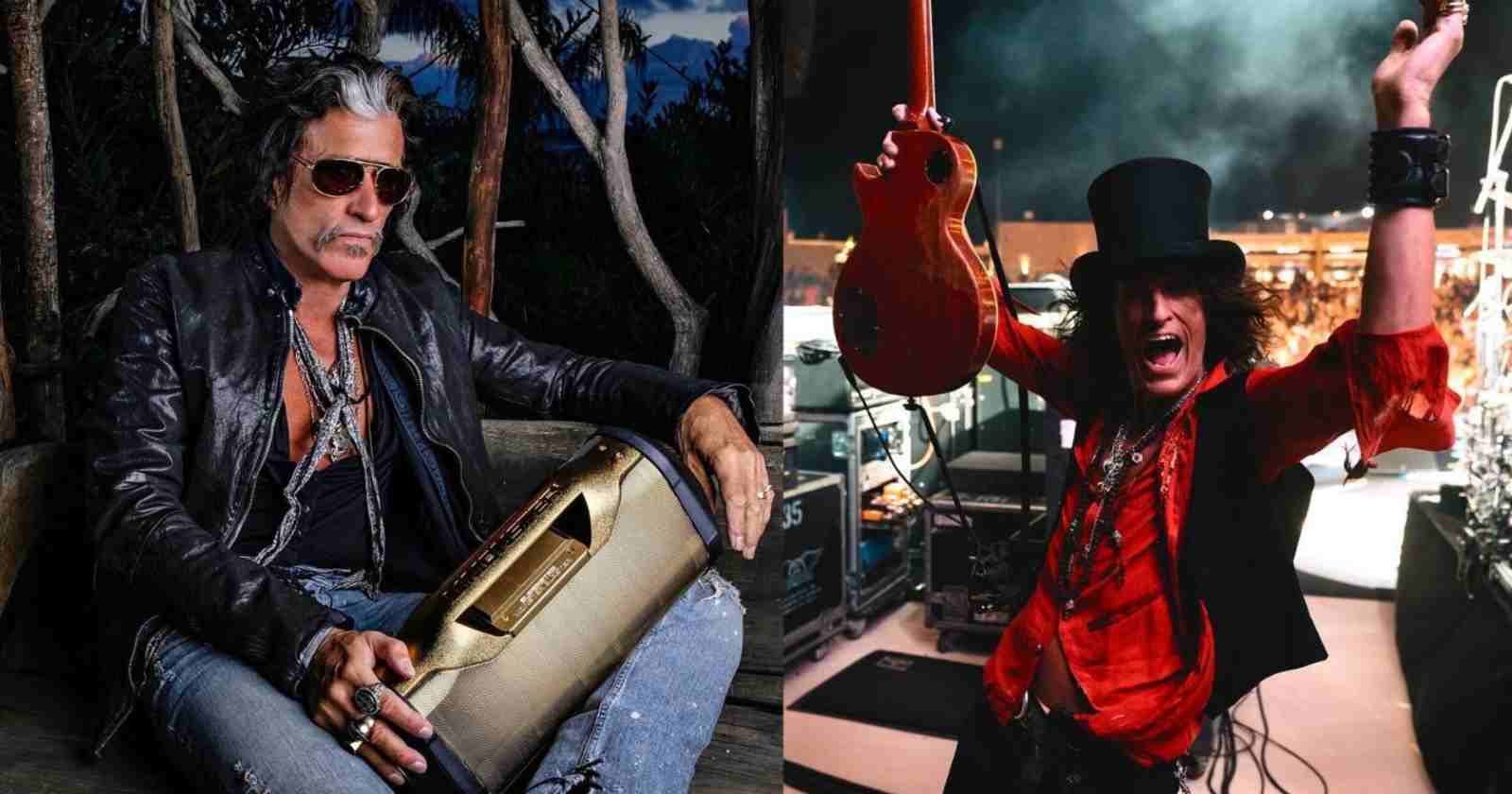 Formed in Boston back in 1970, Aerosmith became one of the best-selling bands of all time, releasing successful albums especially in the 70s, 80s and 90s. One of their biggest hits is “Love In Elevator” track released on the 1989 record “Pump”. In an interview with Total Guitar back in 2010, the guitarist Joe Perry recalled how he composed the famous guitar riff of the song.

Aerosmith’s Joe Perry explained how he wrote the riff for “Love in Elevator”:

“That particular riff kind of floated my way during one of mine and Steven (Tyler) writing sessions. I was probably listening to Jimi Hendrix on the ride up. I was talking to Rick Rubin once about writer’s block and he said, ‘Make a CD of all the songs that you fell in love with and made you love rock ‘n’ roll.”

“Listen to that over and over again and it’ll start the wheels going’. So I was listening to a lot of Hendrix. It was one of those riffs that just played itself. I picked up the guitar and it just started coming out.”

He was then asked if he knew right away that he had just created a great riff, but he explained that he usually only realizes that sometime after: “I don’t know if you ever do. Sometimes when a record’s done I’m satisfied and I won’t listen back to it for a while ‘cos I’m usually pretty tired of the songs. Then I’ve got to learn them again to play them live and sometimes it takes a while to realize it’s a really good record. Even now I’ll listen to a record and go, ‘I kind of forgot about that riff. It’s actually pretty good!” Joe Perry said.

The album and song

Released on the successful 1989 Aerosmith album “Pump”, “Love In Elevator” was recorded at Little Mountain Sound Studios in Vancouver, Canada. It peaked at number 5 on the Billboard Hot 100 and reached number 1 on the Hot Mainstream Rock Tracks chart.

One of the band’s biggest classics, the song still is present on almost all their concert setlists since it was first released. Other famous tracks from “Pump” are “Janie’s Got a Gun”, “The Other Side” and “What It Takes”.

Kirk Hammett recalls his experience of watching “2001: A Space Odissey”
The funny way that Alice Cooper’s mom treated his famous friends
To Top