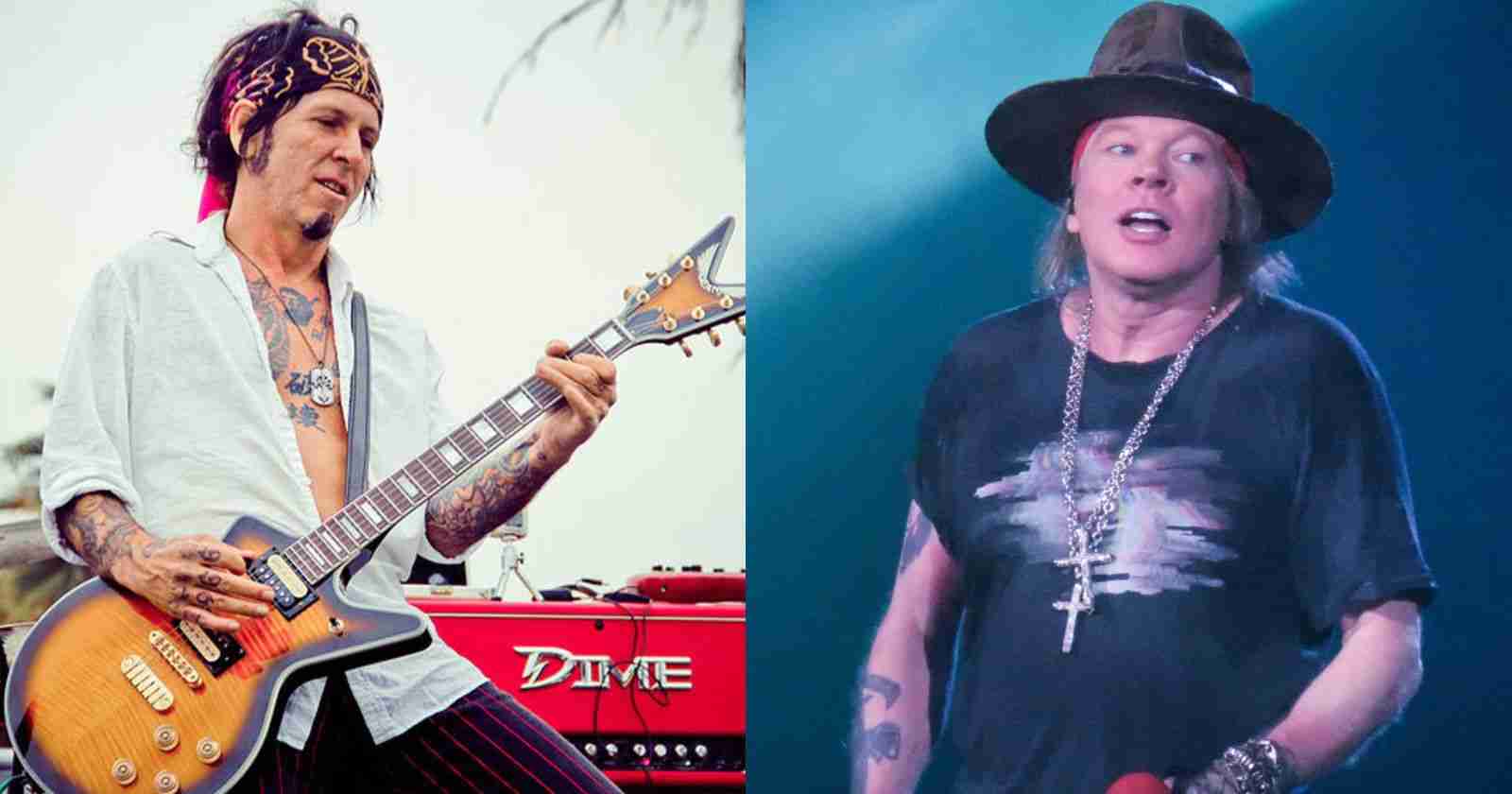 L.A Guns guitarist Tracii Guns, that also is Guns N’ Roses co-founder recalled in his new book “Nöthin’ but a Good Time: The Uncensored History of the ’80s Hard Rock Explosion,” singer Axl Rose being fired from previous band and the origin of the group’s name.

“Axl had actually been fired from L.A. Guns by Raz [Cue, manager]. He was just like, ‘I’m not going to deal with you anymore. And so then we got Mike Jagosz back for a second, which is probably when that Hollywood Rose reunion happened.”

“But at that time, Axl and I were attached at the hip. So we decided we were going to continue playing together, we just had to figure out in what configuration. And then I was like, ‘Well, Izzy’s not doing anything, why don’t we just add him to the band?’

“The initial idea with Axl was ‘Hey, let’s just write and record and we’ll go out and play new songs.’ And somehow we came up with the name Guns and Rose, which was just his last name and my last name. And then within five minutes, Axl’s like, ‘Nah, man, Guns and Roses.’ And I’m like, ‘Yeah, that’s a great band name.”

“I moved down to L.A. in September of ’84. As a punk kid from Seattle, it was a total culture shock. Of course, I knew about, like, Eddie Van Halen and that kind of guitar playing. And I knew that first Mötley record they had put out themselves. But moving here and seeing all the ﬂyers on the telephone poles and shit…”

“It was a lot of bands, a lot of long hair, a lot of outfits, you know what I mean?… He [Slash] had this ad that said, ‘Inﬂuences: Fear, Aerosmith, early Alice Cooper.’ And his name was Slash. So I thought he was a punk rock guy like me. I called him up, we talked on the phone – totally cool guy.”

“Then I went to meet him and Steven at Canter’s Deli. He said, ‘We’ll be in the left booth at the end.’ So I look in the left booth and there’s, you know, basically all this fucking hair! But also, I was wearing like this long red-and-black, like, super-ﬂy pimp jacket with an anarchy A on the back of it, and I had short blue hair. So I’m sure they’re looking at me and going, ‘Huh?'”

“Slash’s girlfriend at the time, she was a very out-front kind of girl, and she goes, ‘Are you gay?’ I’m like, ‘No, I’m not gay.’ She goes, ‘OK, well, maybe we can find you a girlfriend.’ We ended up that night going back to Slash’s mom’s house. We’re hanging out in his room in the basement and drinking vodka and he starts playing guitar.”

“And I’d never been in a room with a guy my age who played guitar like that. But the Road Crew thing, there was no singer, and they’re like, ‘Maybe you can sing…’ But I had already moved away from home, I was ready for the next step. I wasn’t going to play with some guys who just got out of high school the year before and had a bunch of riffs. Even if they had a fucking guitar player like Slash.”