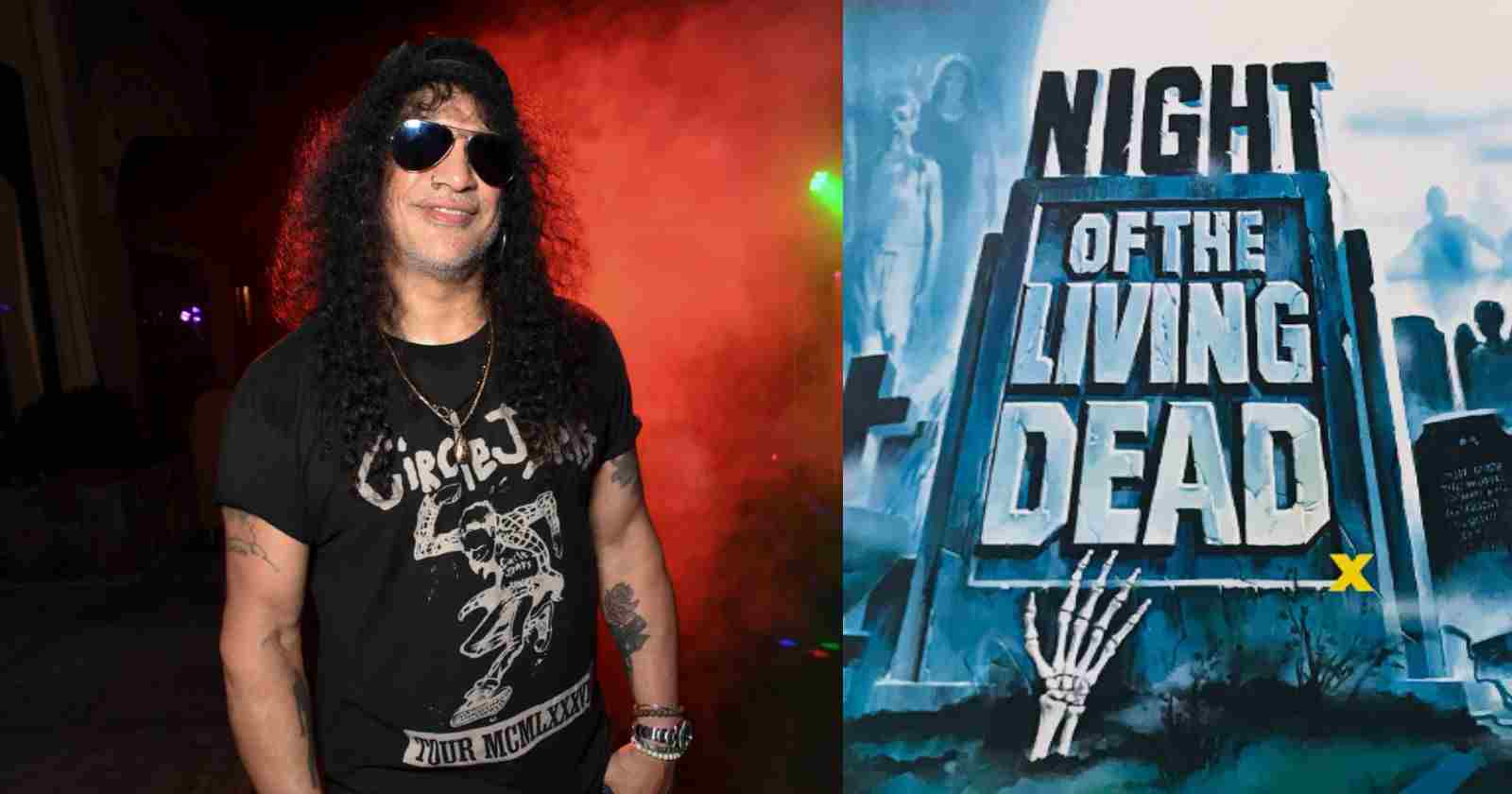 Guns N’ Roses guitarist Slash is also a big horror movie fan and the musician revealed in an interview with Rolling Stone magazine back in 2015 his 5 favorite horror movies of all time and explained why he likes them so much.

Guitarist Slash and his 5 favorite horror movies of all time:

“Horror movies I’ve been passionete about for as long as I can remember. Really, I was introduced to rock and roll and horror movies pretty much at the same time. My mom was a huge horror fan, all the horror movies from the 70’s and the 60’s and both of my parents took me to see everything trough the 70’s. So I’m hardcore.”

“The first one has to be ‘The Night Of The Living Dead’. So I saw in the backseat of a Volkswagen at the drive-in with my mom and her best friend when I was probably 7 years-old or something. The scene where the girl’s got a spade and she’s coming out to her mom, and her mom was not really realizing the gravity of the situation, just wanting to think that is her normal daughter and it’s not. And she ends up killing her mom the spade and I think that always was unsettling to me and is stuck to me to this day.”

‘Then I would have to say ‘The Exorcist’ which was never to me scary as ‘The Night Of The Living Dead’. I think Linda Blair character appealed to me. But it’s got all the components to make a really compelling movie and it’s a horror movie. It’s a great drama and scary at the same time. Which I think it’s what appeals to me.”

“Then another one of my favorites is ‘Rosemary’s Baby’. Which is another amazingly well written scary story, a classic sort of slow burn build up to a crescendo and the acting is great.”

John Carpenter‘s ‘The Thing’. The original (from 1951) is really good and won’t take any credit away from that. But John Carpenter’s ‘The Thing’ it’s just one of the most visually appealing and hair raising horror movies of all time. I think is classic, the visual effects are great and most of then done by hand. Not like ‘it’s all CGI’ or anything”,  Slash said.

Slash offered a song for The Walking Dead TV show, but it was rejected:

Back in 2018 Slash revealed in the podcast “Basel Meets” that he offered a song to be The Walking Dead’s intro, saying: “I wrote the intro for ‘The Walking Dead’, at that time the series had no music beyond the incidental track, and I tried to get them to play something original and unique. But they did not buy my idea, they said that because it was a song of mine they did not want a well-known name to be part of the world of ‘The Walking Dead’

“So it did not roll, but as it was a very good musical idea. I introduced it to Myles intending to do something on his own for ‘The Walking Dead’ and he had some melodies. But the lyrics turned into something completely different when it was recorded.”