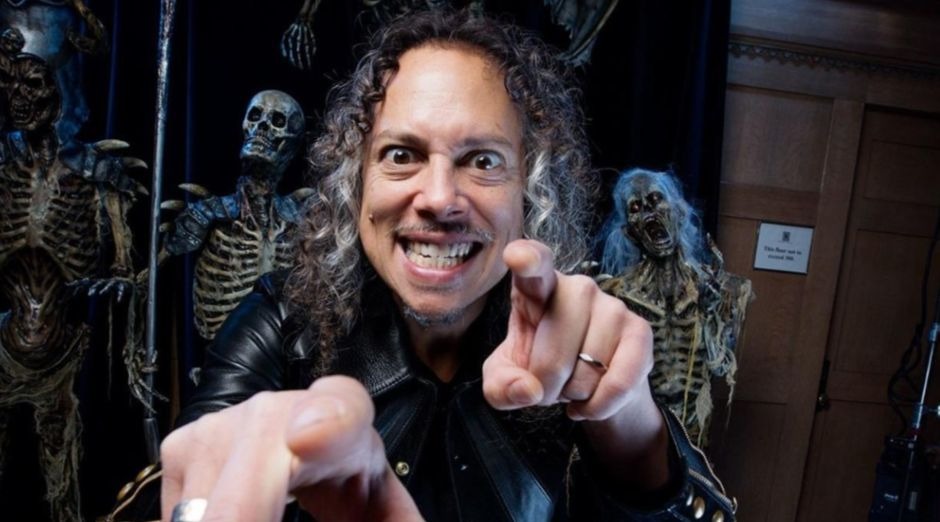 In an interview on CBC, Metallica’s guitarist Kirk Hammett talked about his passion for horror movies and he revealed which was the first movie from the genre he ever saw.

“Probably the very first one I saw, which was [1962’s] ‘The Day of the Triffids’. It was a British film, and I was five years old. It just felt like nothing else I had seen content-wise anywhere.

“I was raised on cartoons and Walt Disney films, and then all of a sudden, just randomly, I found this movie on television. The feeling I got from it was very unique and exciting, and I just wanted more.”

“When a movie like ‘The Exorcist’ came out [in 1973], it was shocking to me, because it was everything that I’d learned in Catholic school – all the worst things I learned about being a Christian – up on the screen right there, happening to someone, a child who was pretty much the same age as I was.

“It’s just funny how much of an influence that was – and is now to this day – because I love horror movies that are based around that kind of theme – God, religion, cults, demonology.

“I prefer horror movies that have that kind of theme, or the paranormal or real monsters, as opposed to graphically violent films. I’m not a big fan of that type of film. I prefer stuff that’s more based in the fantasy realm rather [than] in the graphically exploitative realm.”

“It’s the dark side of life. It’s what [19th-century French poet Charles] Baudelaire wrote about in his poems. It’s what Edgar Allan Poe experienced and then wrote in his stories and poems.

“Heavy metal and horror, they’re really good at capturing dark emotions – the darker emotions that everyone experiences in life.

“A good heavy metal song has a lot of the same ingredients a good horror movie has – intensity, drama, a feeling of suspense, aggression, release of aggression, energy, adrenaline, a sense of relief, and then afterward, just total satisfaction: ‘Yeah, let’s do it again.'”