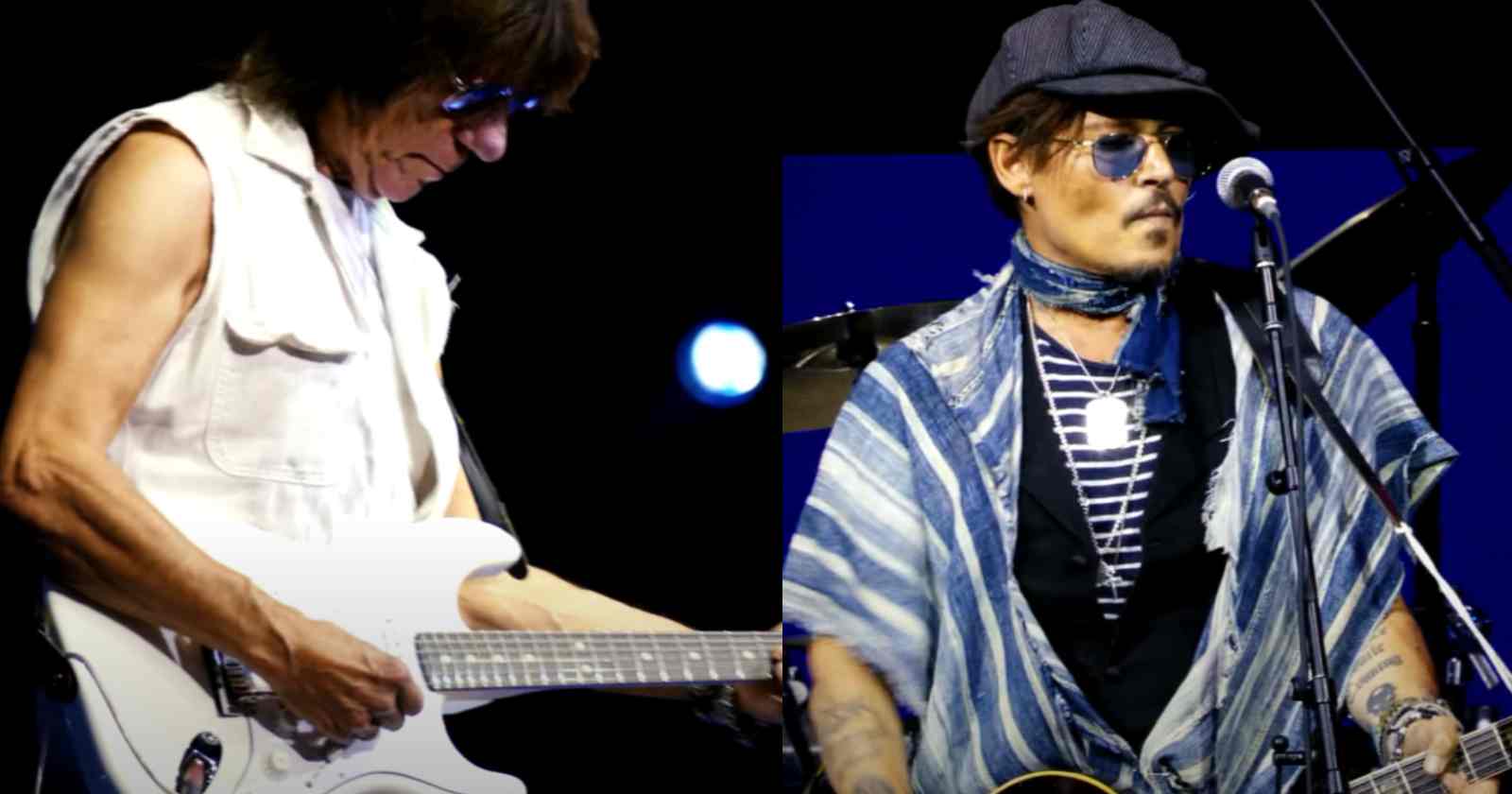 The legendary guitarist Jeff Beck oficially announced a new album with actor and Hollywood Vampires guitar player Johnny Depp. The record called “18” will be out next July 15 and has 13 tracks, two original songs written by Depp and 11 covers from bands like Killing Joke, Beach Boys, Marvin Gaye, Velvet Underground and John Lennon (“Isolation”, already released in 2020 during the Covid-19 Pandemic).

Depp already played with Jeff Beck recently on stage during his tour and will continue to appear on his shows until the end of July. The announcement was made a few days after the court case of Johnny Depp against his ex-wife Amber Heard came to an end.

The official statement about the album was released by Jeff Beck said:

The friendship between the two started when they met each other in 2016 and according to the official release of the album “they bonded quickly over cars and guitars and spent most of their time together trying to make each other laugh. At the same time, Beck’s appreciation grew for Depp’s serious songwriting skills and his ear for music.”

Beck’s admiration for Depp convinced him that they should try to record something together and the recording of the upcoming album started in 2019 and “they recorded a mix of Depp originals along with a wide range of covers that touches on everything from Celtic and Motown, to the Beach Boys and Killing Joke. In 2020, during the pandemic, they previewed their collaboration with their well-timed cover of John Lennon’s ‘Isolation.'”

In the same statement, Jeff Beck himself explained the meaning of the album’s title, saying that “when Johnny and I started playing together, it really ignited our youthful spirit and creativity. We would joke about how we felt 18 again, so that just became the album title too.”

He also praised Depp, saying: “I haven’t had another creative partner like him for ages. He was a major force on this record. I just hope people will take him seriously as a musician because it’s a hard thing for some people to accept that Johnny Depp can sing rock and roll.”

“It’s an extraordinary honor to play and write music with Jeff, one of the true greats and someone I am now privileged enough to call my brother.”