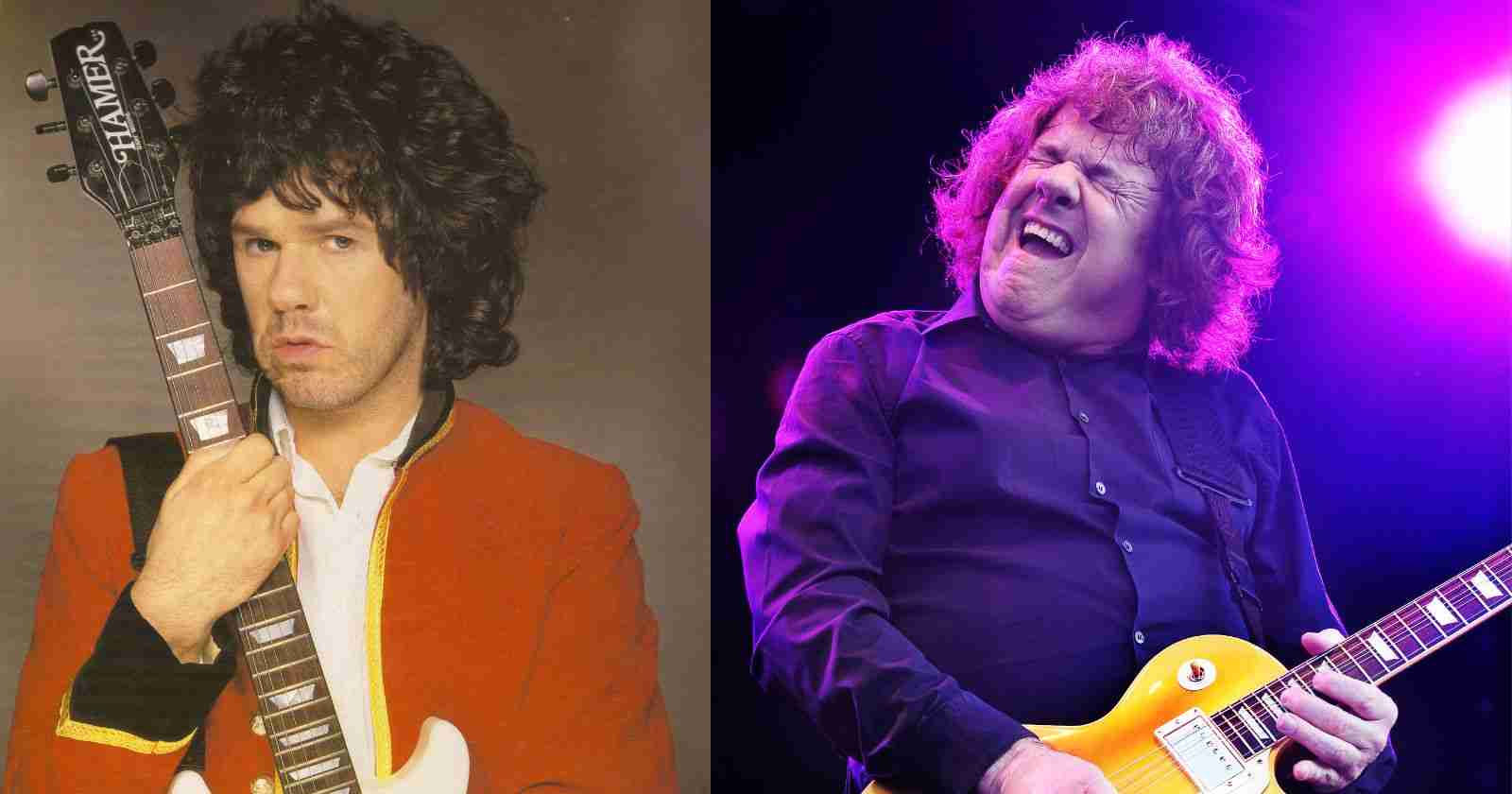 Gary Moore is considered one of the best guitarists of all time that after leaving Thin Lizzy was responsible to revive the Blues music in his solo career. In an interview with All Out Guitar back in 2007, the guitarist revealed some of the the musicians that inspired him.

Gary Moore said about the 13 musicians that inspired him the most:

“When I started off, it was Hank Marvin (The Shadows). I was only about ten years old, so that was in the early sixties, sixty-two and sixty-three.”

“Then The Beatles came along, so obviously George Harrison.”

“Then the big turning point for me was the Eric Clapton with John Mayall album, like a lot of people of my generation. The Bluesbreakers’ Beano album. It blew me away completely. I borrowed my friend’s copy because I couldn’t afford to buy it. I wore that out and scratched the shit out of it just learning the solos.”

“‘A Hard Road’ came out after that, with Peter Green. That was another great moment.”

“Then Mick Taylor came out on ‘Crusade’, and that was great.”

Jeff Beck (With The Yardbirds)

“Jeff Beck was on the scene, and the Yardbirds”

Then Jimi Hendrix. That whole sixties period was a great time for guitar and for young kids to be playing guitar. You had all of these incredibly unique guitar players with very strong identities and all great in their own way. I’m kind of a collection of all those guys really. Somewhere along the line it becomes you, if you’re lucky. They were my main influences. But in the seventies I moved on to all kinds of stuff.”

“I was listening to John McLaughlin, Bill Connors with Chick Corea’s Return to Forever. So I liked a lot of that stuff. I liked being in the area with a lot of that fusion stuff. I love Django Reinhardt. Obviously, all of the blues players, B. B. King, Freddie King. Otis Rush I loved very much. Albert Collins, Albert King, all of those guys really.”