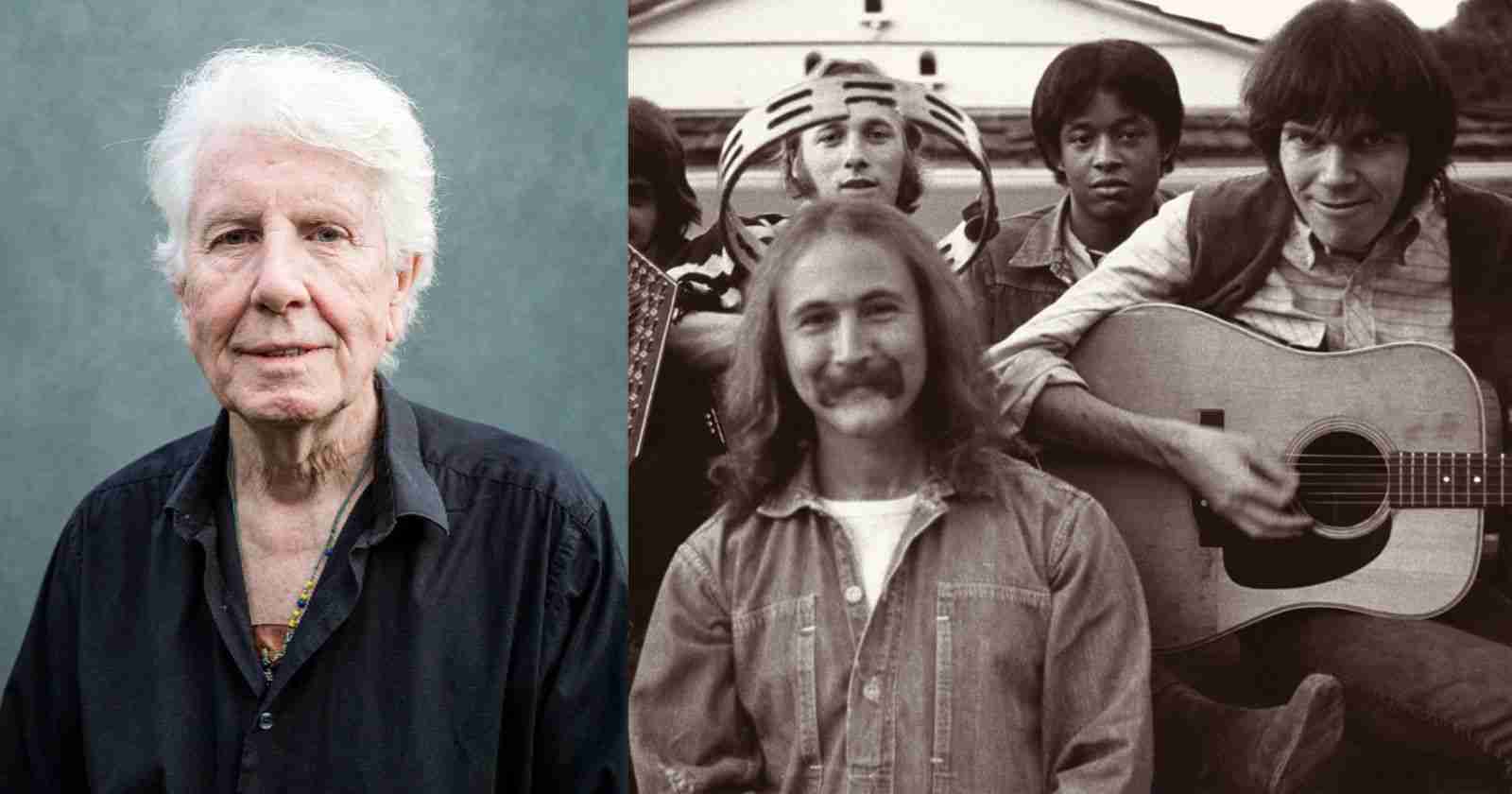 Graham Nash (CSNY and The Hollies) said in an interview with CBS Sunday Morning that he has a great relationship with Stephen Stills and Neil Young, but they don’t talk to David Crosby (Also ex-The Byrds).

“Stephen [Stills] and Neil [Young] and I are great. We talk often. We don’t talk to David,” Graham Nash said.

David Crosby in a separately filmed interview said: “I don’t expect to be friends with Graham at any point. Neil hates my guts. … I said bad stuff about his girlfriend.” (In 2014, he called Young’s girlfriend Daryl Hannah a “purely poisonous predator”. He later apologized.)”. Asked if the regreted that, he said “Yeah, sure.”

Asked about a reunion, Graham Nash said that when the “silver thread that connects [it] gets broken. It doesn’t quite work. And so, things that happened to me [and] David’s life broke that silver thread, and for the life of me, I can’t put it back together.” Asked if he would repair that damage if he could, he replied, “Yes, I do. I do wish I could, only because of the loss of the music.”

CSN formed in 1968 shortly after Crosby, Stills and Nash performed together informally in July of that year. Before that Crosby had been asked to leave The Byrds in late 1967, and Stills’ band Buffalo Springfield had broken up in early 1968. Nash left his band The Hollies in December. By early 1969 the trio had signed a recording contract with Atlantic Records. Their first album, Crosby, Stills & Nash, was released in May 1969, from which came two Top 40 hits, “Suite: Judy Blue Eyes” [#21] and “Marrakesh Express” [#28].

In order to tour the album, the trio hired drummer Dallas Taylor and session bassist Greg Reeves, though they still needed a keyboardist; Ahmet Ertegun suggested Neil Young, who had played with Stills in Buffalo Springfield. After some initial reluctance, the trio agreed, signing him on as a full member.