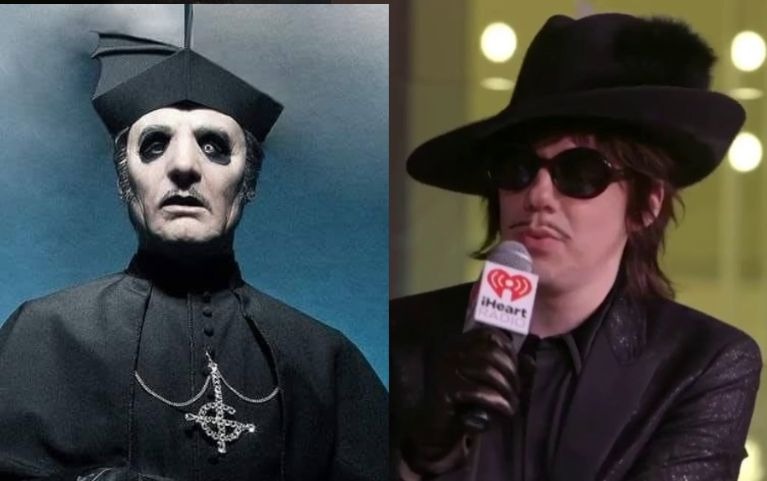 The mask fell (on purpose) to the leader of the Ghost.The Swedish Tobias Forge, who had his identity revealed some time ago because of a lawsuit that former bandmates moved against him, decided to take off the makeup and props he wears on rock band performances and gave his first interview with clean face throughout his career.

In his talk with iHeartRadio, Forge spoke about the past, present and future of the band, and said he already knows exactly what Ghost’s next studio album will be, but he has no plans yet to record it.

The group’s latest album is Prequelle, released in 2018.

Watch his interview with no mask just below:

Ghost is a Swedish rock band that was formed in Linköping, Sweden in 2006. In 2010, they released a 3-track demo followed by a 7″ vinyl titled “Elizabeth”, and later their debut full-length album Opus Eponymous. The Grammis-nominated album was widely praised and significantly increased their popularity.

Their second album and major label debut Infestissumam was released in 2013, debuted at number one in Sweden, and won the Grammis Award for Best Hard Rock/Metal Album. The band released their third studio album, Meliora, in 2015, to much critical acclaim and high record sales, reaching number one in their home country of Sweden, and number eight in the United States. Its lead single, “Cirice”, earned them the 2016 Grammy Award for Best Metal Performance. The band released their fourth studio album, Prequelle, in 2018.