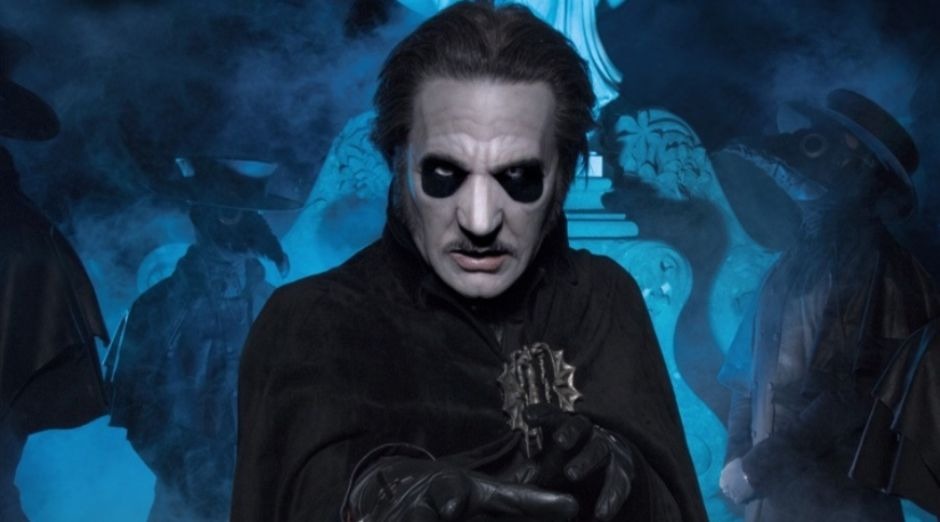 In an interview with Billboard, Ghost leader Tobias Forge revealed what Satan means to him, since almost all the lyrics from the band talks about the devil and he also talked about Blue Oyster Cult influence in their sound and themes.

“For me, it is very personal and important, but I struggle to define the differences between the pop-cultural Satan and the actual one – if you want to say it that way – because that’s even harder to define.

“[Since the 1960s, Satanism] has become a fun little thing for 20-somethings to play with. It has very much been embraced as a symbol of liberation, rather than a symbol of actual tyranny and evil.”

He said that is a “a very complex issue” that can’t be discussed in an interview, saying:

“The pop-cultural Satan has an amazing importance for me, and that’s because I’m a born rebel and a natural ‘opposer,’ in that I oppose shit.”

Asked if there would a Satan without God, he said:

“The Satan that we are most commonly referring to in the Western world is obviously a product of Christianity. Within the confines and context of Christianity, no. They cannot exist without the other.

“And I think that in rock ‘n’ roll and in pop culture, that is the thing that most people cling to. Satan as a symbol or symbolic role model represents liberation and free thought and fun. [Laughs] Intellectualism as opposed to regression and stupidity.

“But if you’re talking about Satan as the main peddler and the prime motor for evil – if I look at the world and I see evil, I think of ISIS and I think that’s pure evil, and that has nothing to do with a pop-cultural horned-goat half-man called Satan.

“So you really, really, really have to understand that the ‘Satan’ that has been embraced by artists in film, music, poetry, and art going back centuries was made to scare people.”

“KISS and Alice Cooper have had an enormous impact on me, ever since I was a tiny tad bigger than an infant.

“I like Blue Oyster Cult, but they were never as big of an influence as people think they were because they never had the significance for me as KISS or Alice Cooper had.

“It’s more a matter of [Ghost] being melodic rock, but with a lot of multi-harmonized vocals, that makes it sound like BOC.”