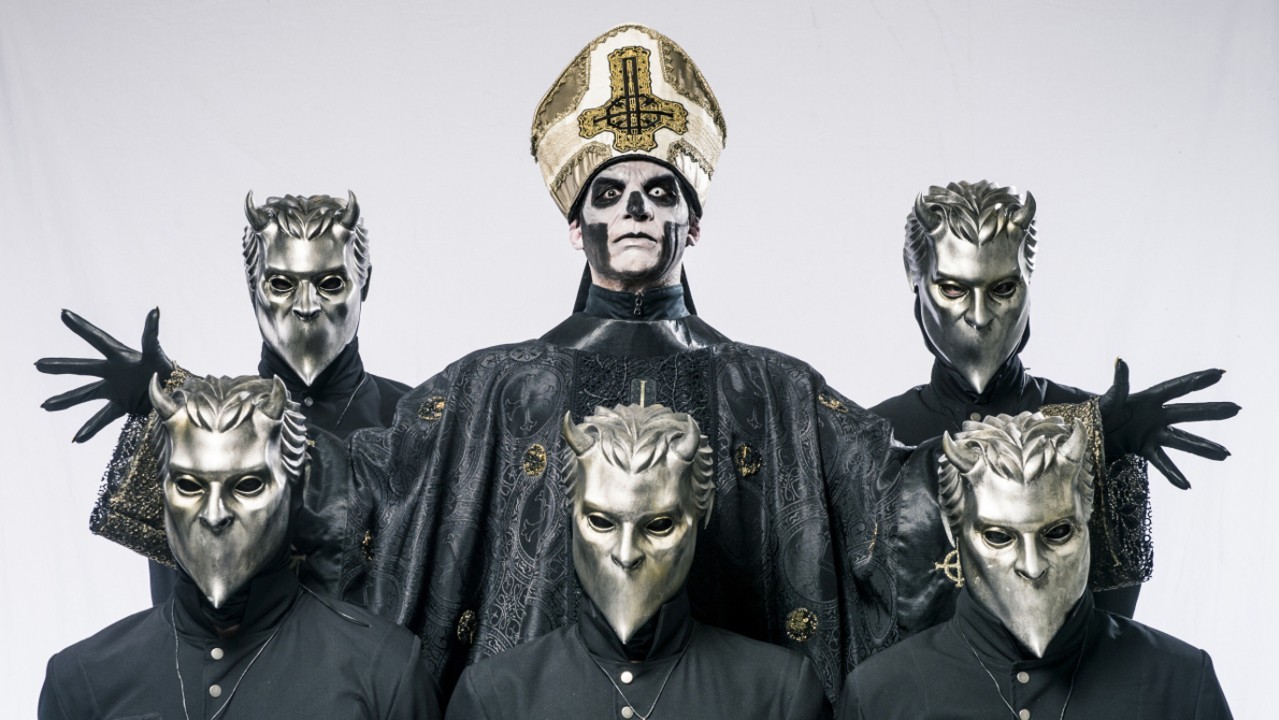 According to Corren.se, GHOST frontman and founder Tobias Forge has failed to reach an agreement with former members of the band who sued him earlier this year. The four musicians accused him of cheating them out of their rightful share of the profits from the group’s album releases and world tours.

On Monday (November 13), a so-called oral preparation was held in a court in Linköping, Sweden. Forge was not present for the proceedings but was represented by his legal counsel, Ann-Charlotte Söderlund Björk. Two of the four musicians suing Forge, Simon Söderberg (Alpha; member of GHOST from 2010 until 2016) and Mauro Rubino (Air; member of GHOST from 2011 until 2016), attended the hearing, where their attorney, Michael Berg, at one point lost his patience when Björk demanded answers to her questions. 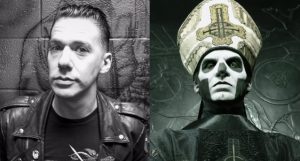 “It would be good to know how big this case will be, so that we’re not still sitting here three months from now,” Berg said.

The presiding judge finally asked the parties if they had any interest in finding a solution — a desire to reach a settlement in order to avoid a time-consuming and expensive main negotiation.

“If an attempt to reach a settlement is to be made, it should be done now, before the costs start swelling terribly,” said Forge’s attorney.

After both parties expressed interest in negotiating a settlement, they were led away by the court chairman and continued their talks behind closed doors. However, after a few hours, it was clear that the parties could not come to an agreement. Just after 3:00 p.m., the hearing had concluded. 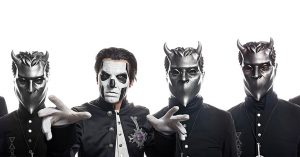 Although neither party commented on Monday’s events, it is believed that more attempts at a out-of-court settlement will occur. Any main negotiation will be held in early 2018.

The original lawsuit, which was filed in the district court of Linköping, where GHOST was originally based, claimed that Forge solely controlled the band’s business affairs without input from anyone else in the group. The four musicians furthermore stated that a partnership agreement existed between them and Forge which put Tobias in charge of carrying out the company’s management duties. 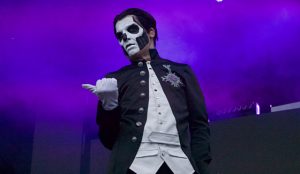 In June, Forge filed an official response to the lawsuit, claiming that “no legal partnership” ever existed between him and the four musicians regarding the activities of GHOST and explaining that “none of the plaintiffs were present at the time of the” group’s formation and that their sole task was to “perform” and “execute” the musical works and the image that Forge had created, produced and decided, all according to his instructions. For their efforts, he said, the musicians were paid a fixed salary. 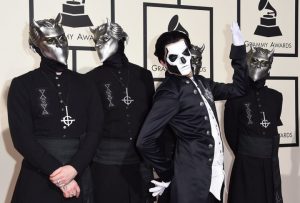 At the end of August, the four ex-GHOST members presented an answer of their own, dismissing Forge’s claim that GHOST is a solo project as “not [being] in accordance with the truth.” “Forge has certainly been the band’s main songwriter, he has had the role of the band’s cinematic front figure ‘Papa Emeritus,’ has been a driving force in the band’s business, as well as in the handling of the band’s business affairs,” the musicians wrote. “However, the activities carried out with respect to GHOST were extensively handled jointly by the members — for example, by making decisions jointly regarding the band’s image, by participating in interviews, and by the fact that every member has, at certain times, contributed when recording the band’s albums and singles and by touring together almost continuously since 2011.”

The four ex-members, known previously only as Nameless Ghouls, claim that between the years of 2010 and 2016, Forge never told them that he viewed GHOST as a one-man business and solo project. “To the contrary, Tobias Forge has always emphasized that it was a collaboration that everyone was involved in and would share in the profit of once the business became profitable,” they wrote. “The first time Tobias Forge, through the band’s management, mentioned that he saw them as hired musicians rather than full-fledged members of GHOST was in the context of a contract proposal presented in April 2016.” This proposal was later rejected. 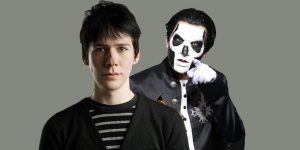 According to GHOST’s ex-members, “It is not true that Tobias Forge was solely responsible for the creation of GHOST, its image based on anonymity and its special stage presentation. Tobias Forge might have taken the initiative of founding the band GHOST, but all members of the band were involved in the creation and development of the band’s image and live show,” they wrote. “For example, [former guitarist] Martin Persner [who is not involved with the lawsuit] designed most of the costumes and clothing that the band had on the stage (some of them together with Tobias Forge).

Martin Persner has also, together with Tobias Forge, designed some of the masks that members have worn at stage performances. Martin Persner is also behind many of the symbols used in GHOST’s activities, such as the ‘Water’, ‘Fire’, ‘Air’ and ‘Quintessence’ symbols, as well as the various album covers, t-shirt designs, etc. For others members of the group they, like Martin Persner, have been involved in the development of the band’s stage show, setlists, choreography, lighting, stage decor and the like.” 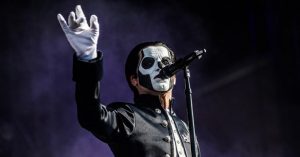 The ex-GHOST musicians allege that the Papa Emeritus character was actually created by Peter Hällje, a former bandmate of Persner, prior to GHOST’s formation. Hällje never performed as Papa Emeritus, but agreed to let Persner use the character for his then-new band. “It is noteworthy that the permission given by Peter Hällje was not given to Tobias Forge, but to Martin Persner for use in the band GHOST,” they wrote.

The musicians furthermore claim that in 2011, they discussed the possibility of converting the business from the single company to an economic association, a limited company or a trading company. But “because Tobias Forge succeeded in convincing the other members that there was no time to register a joint association or joint venture, they chose to move forward with another GHOST model on the advice of Forge and the accounting consultants the band hired,” they wrote.

“The model was based on the fact that Tobias Forge, through his companies and as the band leader, would collect and invoice third parties for the band’s live fees, merchandise revenues and record royalties. The other members of the band would acquire ‘F-tax slips'” — which allow business and self-employed individuals to document responsibility for payment of taxes to the state — “and bill Tobias Forge for their share of the profits of the business.” 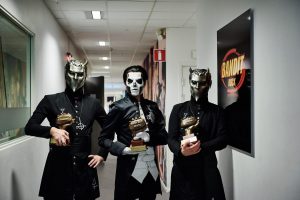 The four ex-GHOST musicians also dispute Forge’s claim that the band was formed in 2006, four years prior to the release of GHOST’s debut album, “Opus Eponymous”. They wrote: “GHOST operations began in 2010 when Simon Söderberg and Tobias Forge recorded the songs ‘Ritual’, ‘Death Knell’, ‘Elisabeth’ and ‘Prime Mover’ and made them available on the MySpace web site, followed by GHOST’s first live show, which took place on October 23, 2010. The launch of GHOST was thus 2010, not 2006.”

The musicians also deny Forge’s claim that they were paid a salary by him. Instead, they claim, an agreement was reached between the parties in 2013 that Simon Söderberg and Mauro Rubino would receive regular advance payments pending the final settlement. The advance payments received by the plaintiffs have varied from SEK 10,000 to SEK 30,000 (approximately $1250 – $3750) per month, depending on the member. This corresponds to a monthly net income (after tax) of between SEK 5,000 and SEK 15,000 ($625 – $1850). In addition, the members “received allowances on tours to cover rising living expenses.” 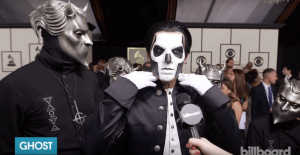 Forge was asked in a recent interview with CBS Philadelphia if he considers GHOST a solo project or a band. He replied: “I actually refer to it as the earlier of the two options. Even though I’ve never wanted it that way, but at the end of the day, that is what it is. So I think it speaks clear for itself. I mean, I started it in 2006, and no one that was ever in the band in 2016 was even on the first record. Call it solo, if you want to, but I call it a project.”

Forge, who does all the band’s interviews as a Nameless Ghoul, dismissed the entire lineup at the end of 2016 and brought in a fresh group of players. He explained: “I have been in the band since I started the band. I started writing songs for it in 2006. Nowadays there’s a handful of very new members, yeah. But there has been about 10 to 15 people now going in and out of the band, so there’s been a lot of rotation.” 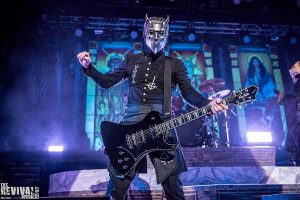 He added: “People have a tendency to want to feel that they’re very important for something, and if it’s not crucial that they’re there, there will also be a little bit of a friction there.”

Forge entered the studio in August to begin recording a new GHOST LP. The follow-up to 2015’s “Meliora” is expected out sometime early next year.