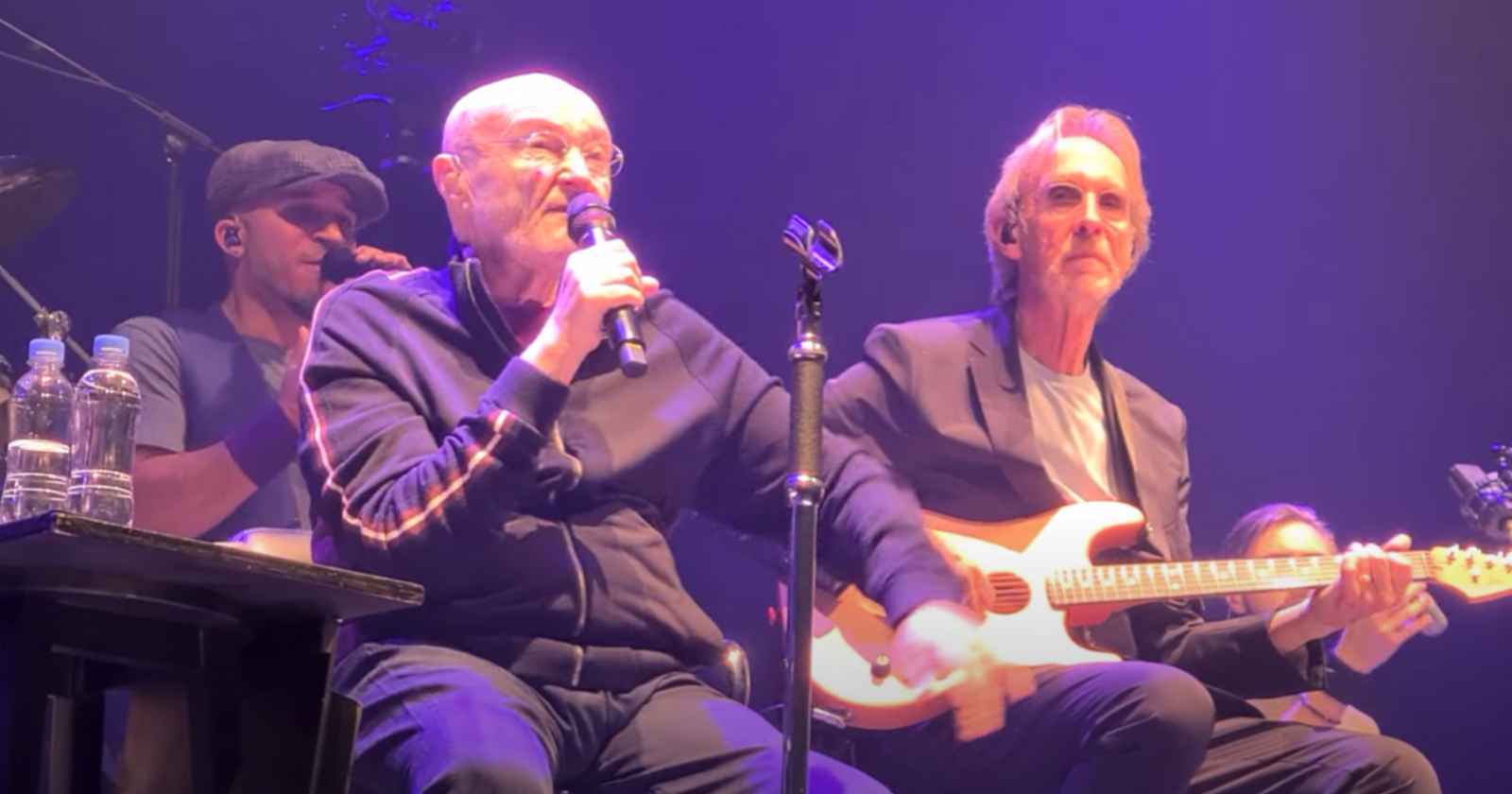 The legendary British Progressive Rock band Genesis played their last concert according to singer and drummer Phil Collins, who said at the end of their March 26 concert in London: “Tonight is a very special night. Of course, we are playing in London. It’s the last stop of our tour, and it’s the last show for Genesis. It’s difficult for us to believe that, uh, you still came out to see us! Yes, after tonight we’ve all got to get real jobs.”

There was also a special guest in the audience, the ex-Genesis singer Peter Gabriel and Phil Collins even made fun of that, saying: “Maybe he’s the one shouting for ‘Supper’s Ready’. I don’t know!”

During their active career from 1967 until 2000, Genesis released 15 studio albums. The most successful line-up with Tony Banks (Keyboards), Mike Rutherford (Guitar) and Phil Collins (Drums and vocals) reunited for tours from 2006 to 2007 and from 2020 to 2022. The bands remains as one of the best-selling groups of al time with more than 150 million records sold worldwide. The albums that sold more copies are the ones made during the era of Phil Collins on vocals, when the band made a less Progressive Rock sound mixing the genre with Pop Rock music.

Watch the videos and see the setlist of the last Genesis concert:

“Home By The Sea” and “Second Home by The Sea”

From tonight’s final #Genesis show in London (from left): #PeterGabriel, #PhilCollins, and Richard McPhail (long time friend and tour manager in the ‘70s). If you’ve not read Richard’s book on Genesis, you should. @genesis_band @itspetergabriel @PhilCollinsFeed pic.twitter.com/Zsmo0WMGr1