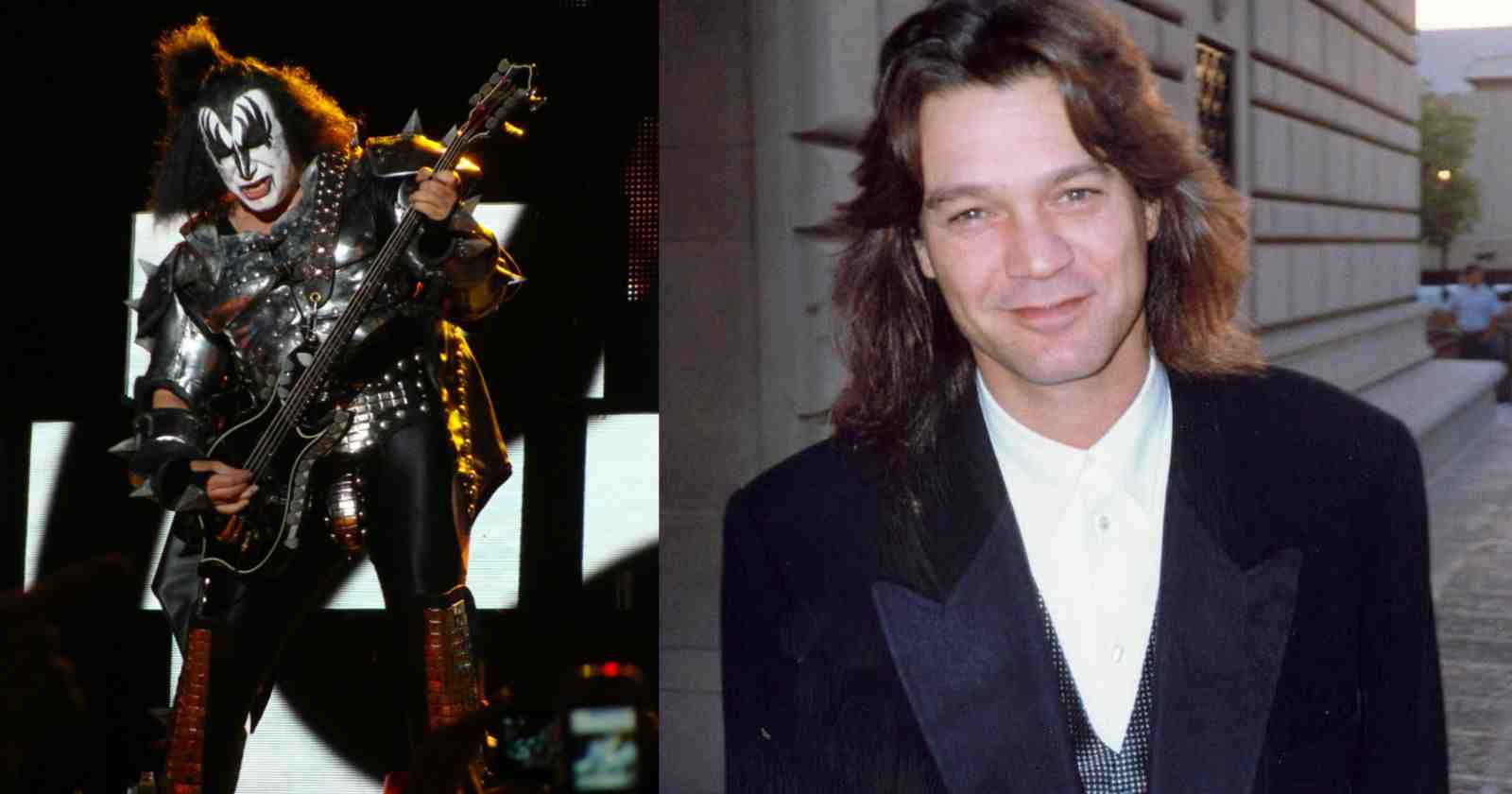 Kiss bassist and singer Gene Simmons was one of the people that helped Van Halen at the beginning of their career, even helping them to record a demo. The musician revealed in an interview with Guitar World his reaction when he first saw Eddie Van Halen playing at a club in Los Angeles back in 1976.

“By the end of ’76, Kiss had become a pretty big deal. We’d come back to L.A. to write and take two weeks off, and my phone rang and a guy named Rodney Bingenheimer said, “You’ve got to come with me to the Starwood tonight.” So I said, “Sure, I’m not doing anything.”

“I think I grabbed some Popeye’s chicken on the way. Greasy stuff, but great. I get to the club and they stick me in the asshole section on the second floor, where the general public can’t go and I was toward the wall and there were people in front of me looking over the railing. I was waiting for the Boyz, who were the headliner and the band everybody was talking about.”

“They had George Lynch on guitar. But the first band came on and it was, “What the hell is that?” It sounded like three or four guitar players playing, some of them in harmony, and with speed and melody. It was like a guitar symphony.”

“I hurried up to the railing and couldn’t believe what I saw: There was a lead singer with long blonde hair and no shirt doing splits and all kinds of physical stuff, like an acrobat. And the bass was rocking out and the drummer was pounding away with a double kick.”

“And I was searching for the other guitar players, but it was just one little guy. Looked like a kid. And when this amazing noise was coming out of his guitar, his pick hand wasn’t always picking. He had both hands on the neck and I didn’t understand what was going on. I was thoroughly knocked out.”

“Within a few songs the band stopped and this kid stepped out to the front of the stage and started playing by himself. But he was doing the kinds of runs that most guitar players didn’t do. None of this old-fashioned blues – it was more classical music. B.B. King may have been in Eddie’s DNA someplace, but I didn’t hear it.”