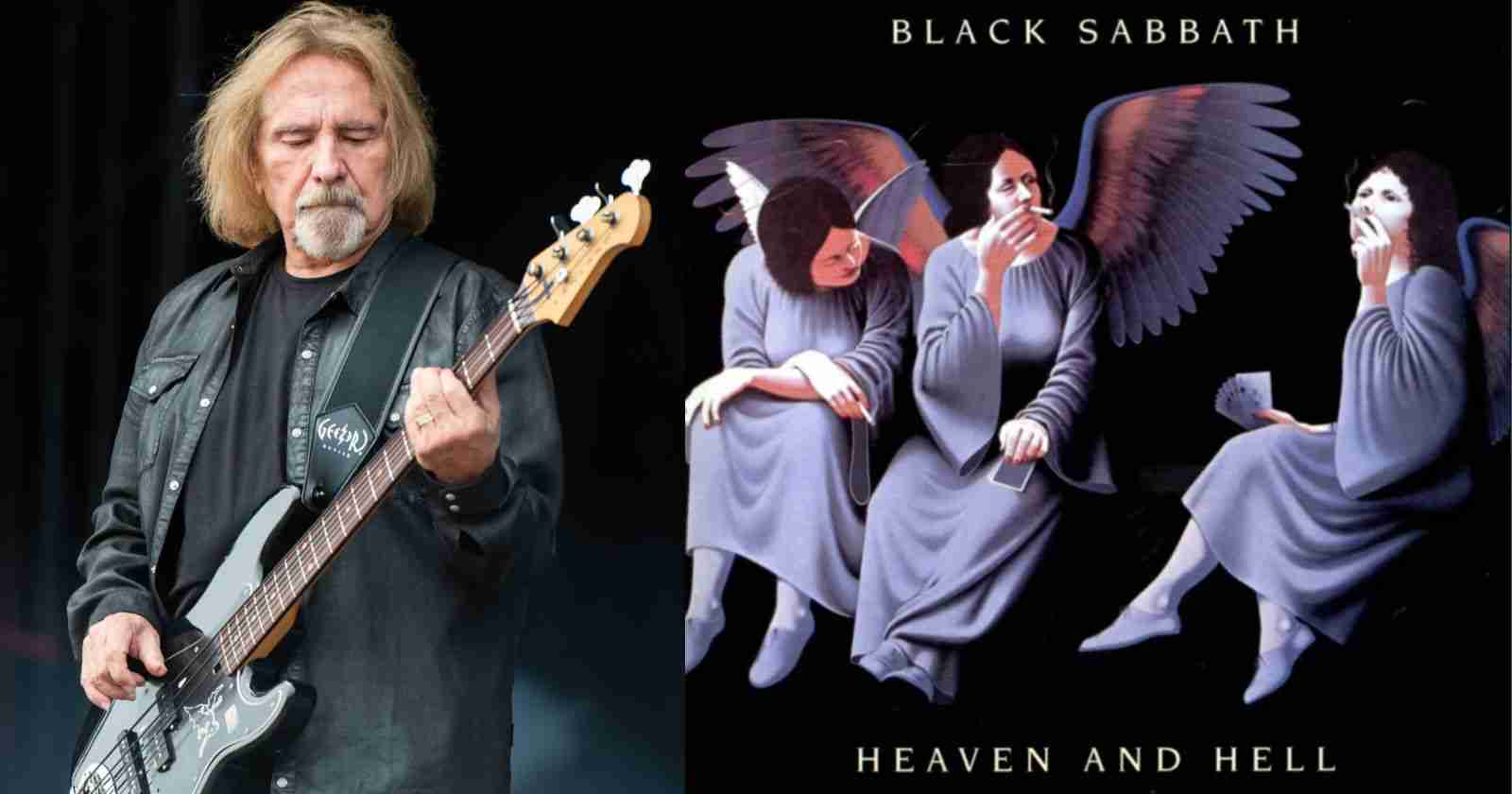 Black Sabbath bassist Geezer Butler revealed in an interview with Eddie Trunk his favorite and less favorite songs from the classic 1980 album “Heaven & Hell”, the first one with Ronnie James Dio on vocals, after Ozzy Osbourne left the group.

“I love playing ‘Heaven and Hell,’ it’s a great song to play live because you can extend it for as long as you want it to and have a really good jam on it when we’re doing it live. I think ‘Children of the Sea’ is one of my favorites, and ‘Neon Knights.'”

Do you have a least favorite?

In the same interview, Geezer Butler also recalled going through a divorce at the time:

When you left to go back to England, was it always the intent that you would return, or was it a question mark?

“There was a question mark. I was just in such a bad way at the time, going through a divorce. Because I’ve been with my wife since school days. And Ozzy leaving, and then the divorce, it was just killing me. I just had to get away and deal with my issues, just clear my head. And once I got that, I saw things in a totally different light.

“And I’ve been in touch with Tony and Bill all the time, every day since I’d left because I wanted to know how they were doing, they were worried about me, about the divorce. Eventually I felt great once I got everything out of the way, and Tony said, ‘We want you to come back – if you’re up to it.’ And I came back, and it’s great,” Geezer Butler said.

The initial sessions for what became Heaven and Hell began with Ozzy Osbourne following the conclusion of Black Sabbath’s Never Say Die! Tour. The band convened in Los Angeles for eleven months to record a new album, a process described by guitarist Tony Iommi as a “highly frustrating, never-ending process”. Osbourne has stated that he had become fed up with the experimentation on the preceding albums Technical Ecstasy and Never Say Die!, preferring the band’s earlier, heavier sound. In his memoir, Iommi revealed that he still possesses a recording featuring Osbourne singing an early version of what would become “Children of the Sea” with different lyrics and “a totally different vocal melody.”

Ronnie James Dio was introduced to Iommi in 1979 by Sharon Arden, who would later marry Osbourne. Initially, Dio and Iommi discussed forming a new band, rather than a continuation of Black Sabbath. The pair met again by chance at The Rainbow on Sunset Strip in Los Angeles later that year. Both men were in similar situations: Dio was seeking a new project and Iommi required a vocalist. “It must have been fate,” Dio recalled, “because we connected so instantly.” The pair kept in touch via telephone, until Dio arrived at Iommi’s Los Angeles house for a relaxed, getting-to-know-you jam session. On that first day, the duo finished “Children of the Sea”, a song Iommi had abandoned prior to Osbourne’s firing.