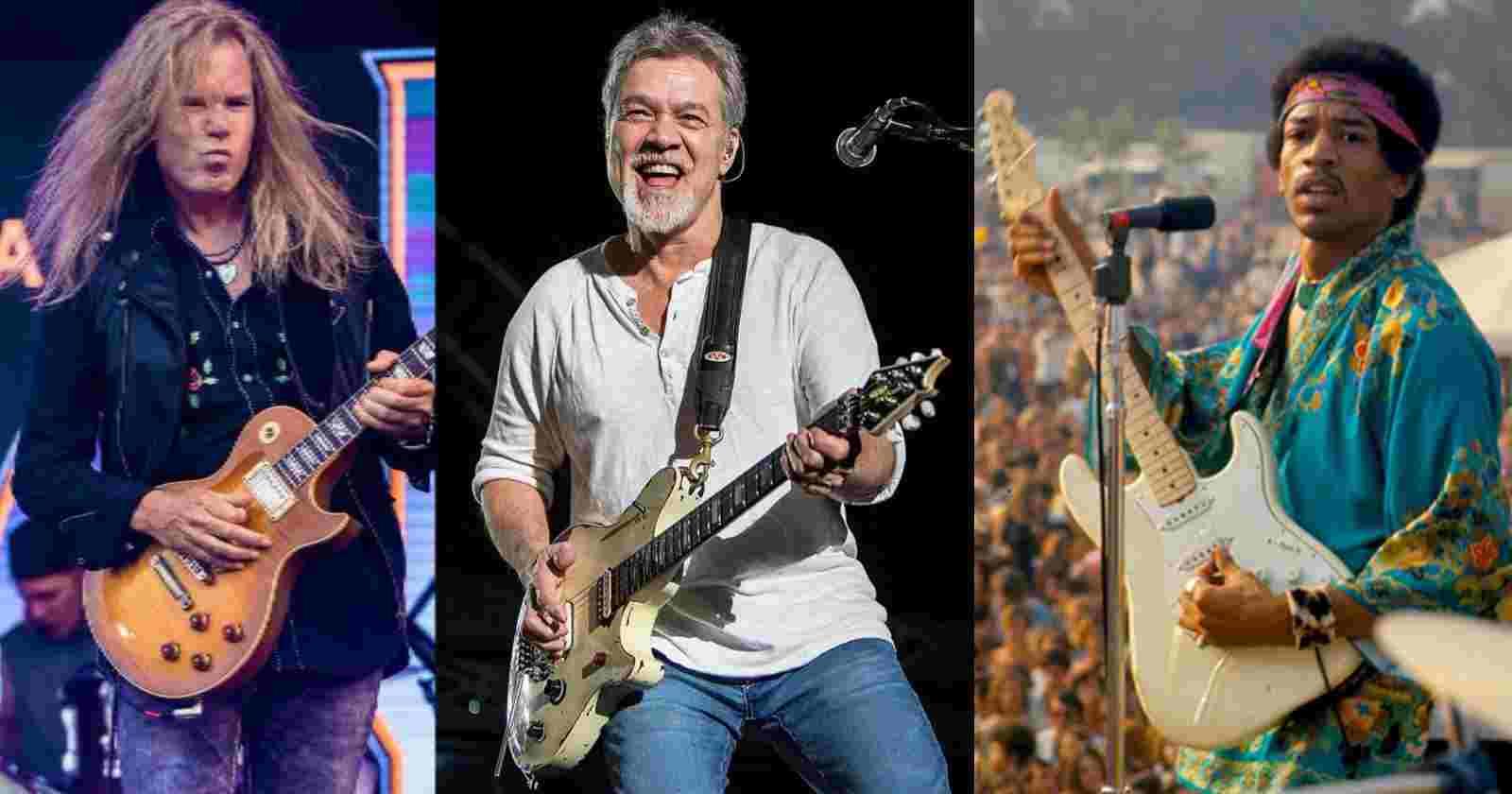 Ex-Whitesnake guitarist Adrian Vandenberg revealed in an interview with Kylie Olsson that Eddie Van Halen thought Jimi Hendrix was too sloppy. The musician recalled him and Eddie talking in Dutch.

“I went to Eddie’s home a bunch of times when I was recording in 1994, the Manic Eden [self-titled] album, a group I had with [bassist] Rudy Sarzo, [drummer] Tommy Aldridge, and Ron Young. And we were recording pretty close to Eddie’s house – and he’s Dutch, as most people will know – so it was for him a lot of fun to talk in Dutch.”

“His wife didn’t understand what we were talking about, of course, he was still married to Valerie [Bertinelli, Wolfgang Van Halen’s mother] at the time. And Wolfie was a little guy, he was like four years old or something. Big guy now! So yeah, that was fun.”

What was that like playing with him? Just to actually see the man work his magic?

“We didn’t really play-play, we just were there with guitars on the left. And he asked me who my favorite guitar player was. I said, ‘Well, it’s Jimi Hendrix.’ And he thought Jimi Hendrix was too sloppy; his favorite was Eric Clapton.”

“And he could play the solo to ‘Crossroads’ note-to-note, perfectly. As a kid, he just worked all those solos out. I was never patient enough to learn solos, which is maybe one of the reasons why I developed my own style.”

“Playing back a couple of notes a million times, I just didn’t have the patience for it. So I just started noodling on the guitar and see what it sounds like.”

Early in his career, Eddie played the drums and the keyboard and Alex played the guitar and studied the keyboard. But over time Alex got better than Eddie on drums, and Eddie started to train the guitar, overcoming him.