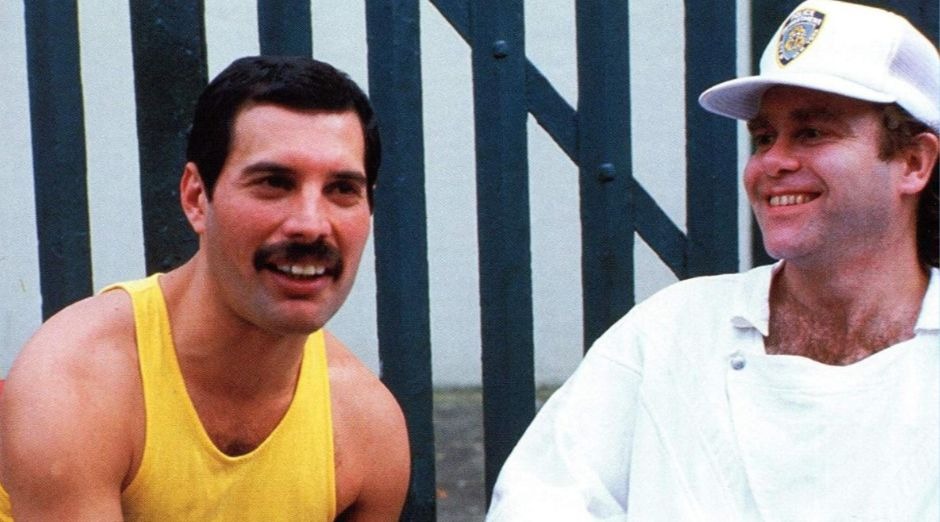 Freddie Mercury and Elton John were close friends for many years. The singer was one of the few people allowed to visit the rock star before he died of AIDS in 1991. In a recent interview, John recalled the last moments he lived with his friend and said that Mercury was not afraid of death. The singer decided to stop the medication alone and say goodbye to those closest to him.

Elton John said about how Freddie Mercury dealt with death:

“He was too frail to get out of bed, he was losing his sight. His body was covered in Kaposi’s sarcoma lesions, and yet he was still definitely Freddie, gossiping away, completely outrageous.”

“I couldn’t work out whether he didn’t realise how close to death he was or if he knew perfectly well but was determined not to let what was happening to him stop him being himself.”

John also mentioned the gift he received from Mercury the first Christmas after the musician’s death. The lead singer of Queen ordered a painting from one of his friend’s favorite artists and sent it to his house with an exciting note.

The message made reference to the drag queen nicknames that the singers gave themselves during the beginning of the friendship. Mercury was called Melina, while John was known as Sharon. 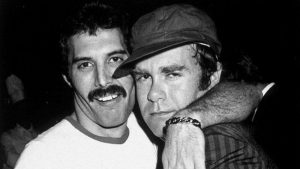 “By all rights, Freddie should have spent those final days concerned only with his own comfort. But that wasn’t who he was. He truly lived for others. Freddie had passed on November 24, 1991, and weeks after the funeral, I was still grieving. On Christmas Day, I learnt that Freddie had left me one final testament to his selflessness.”

“I was moping about when a friend showed up at my door and handed me something wrapped in a pillowcase. I opened it up, and inside was a painting by one of my favorite artists, the British painter Henry Scott Tuke. And there was a note on the front from Freddie.

“Years before, Freddie and I had developed pet names for each other, our drag-queen alter egos. I was Sharon and he was Melina. Freddie’s note read, ‘Dear Sharon, I thought you’d like this. Love, Melina. Happy Christmas.’

“I was overcome, 44 years old at the time, crying like a child. Here was this beautiful man, dying from AIDS, and in his final days, he had somehow managed to find me a lovely Christmas present.

“As sad as that moment was, it’s often the one I think about when I remember Freddie, because it captures the character of the man. In death, he reminded me of what made him so special in life.”