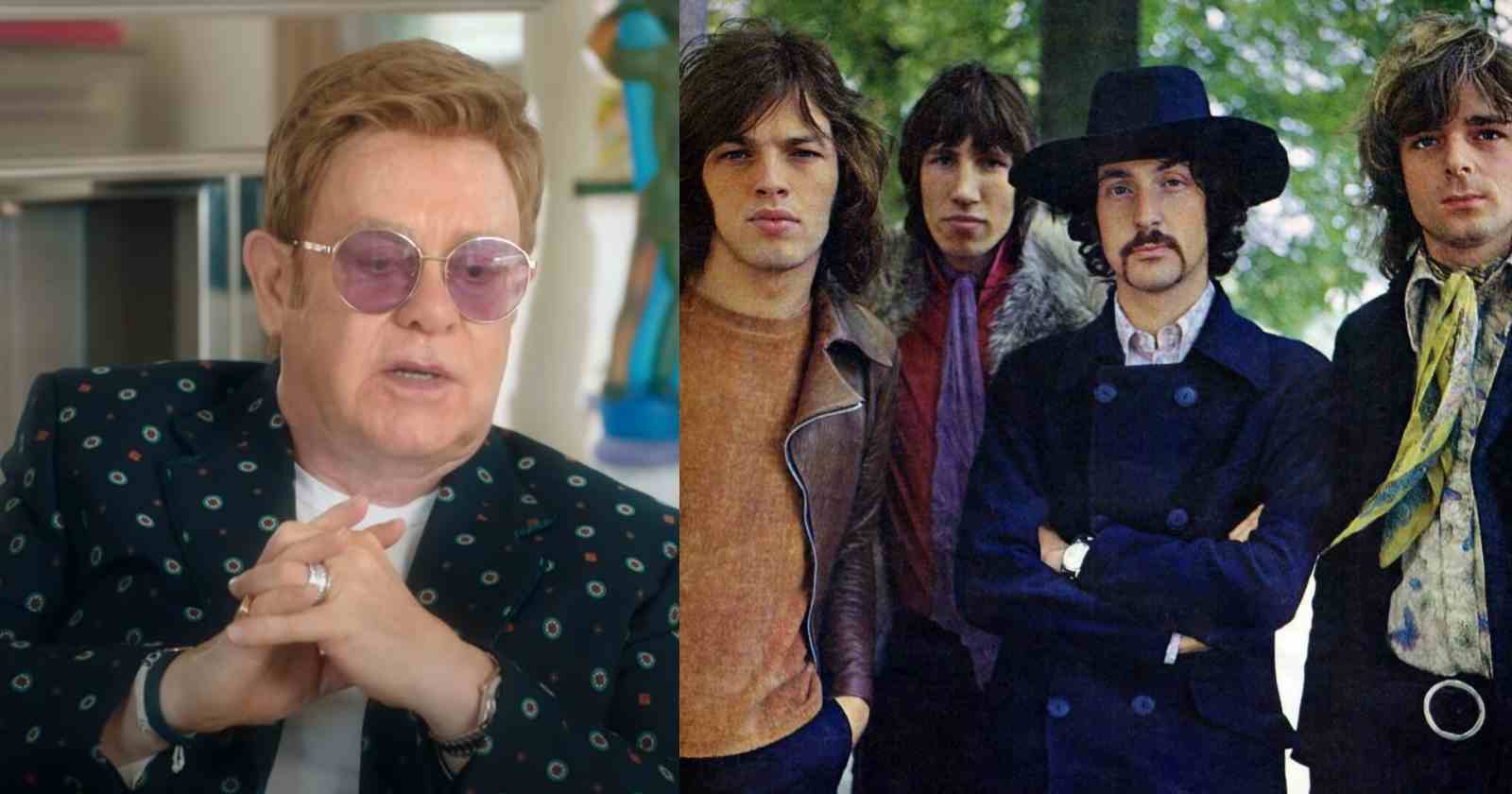 Pink Floyd released their debut album “The Piper At The Gates Of Dawn” back in 1967 it was considered one of the records that created the Progressive Rock genre as it’s known. In the following years, the band evolved and shaped their sound, creating some of the best-selling albums of all time like “Dark Side Of The Moon” (1973) and “The Wall” (1979). Over the decades many famous artists talked about the British Prog group and one of them was the legendary singer and pianist Elton John.

Besides being one of the most successful solo artists in the history of Rock, Elton John is also known for his love for music. Since he achieved fame he created a routine of going every week to the record store to buy records of young artists in order to discover what was happening in the music business at the time. That led him to help many of those bands to get more exposure or even giving them some advice about the business.

Even though he is always trying to hear what’s new, he doesn’t forget his love for groups that are already established, like Pink Floyd. In an interview with BBC radio back in 1986 (Transcribed by Rock and Roll Garage) he revealed that one of the songs that he would like to take to a desert island would be “Shine On Your Crazy Diamond”.

“I went to Barbados in 1976. I’d been really successful from 1970 to 76 in America and all over the world. I was really quite shattered physically and mentally. I never really had a long holiday in the West Indies at all. We went to Barbados, Bernie Taupin, my lyric writer and myself, we had two houses on the beach. You know, there are certain records that you remember. It was a Pink Floyd album called “Wish You Were Here”. I always remember one day we were sitting on the beach. This lady came down in tears and said ‘Listen, my son is dying of cancer. Can he come down and say hello to you?’.”

“And we said ‘Of course, bring him down for tea’. Well, they brought him down, they carried him down. He was like just skin and bone, there was nothing off him. He came down every day. At that particular time the track from this album we used to play was ‘Shine On You Crazy Diamond’. (So) one night at the sunset, we all held hands, put the track on. I’m not particularly religious. But we said ‘Okay, let’s just hope he gets better’, that was it.”

“Then three years later I was playing in Washington DC, there was a knock on my hotel door, this guy said ‘Hi, it’s Steve’ and I said ‘Yes, can I help you?’. It was the same boy, who was muscular like a Sylvester Stallone, completely healthy. Yet if you had seen this boy, you know, he was literally three months to live. So I always remember this track, it’s a wonderful track that brings back a happy memory,” Elton John said.

“Shine On Your Crazy Diamond” was part of Pink Floyd’s ninth studio album “Wish You Were Here” released in 1975. That album also had famous songs like the title-track and “Have A Cigar”.

The late legendary Pink Floyd keyboardist Richard Wright, who died back in 2008 at the age of 65, once praised Elton John’s musical skills. He said that he couldn’t do the music for a song in only a few hours like Elton does.

“We worked very hard to make the lyrics suit the music. I can’t, like Elton John, for example, compose by lyrics, Elton has a great talent for that. Whatever you give him, including your questions, he composes in half an hour and makes a great song out of it,” Richard Wright said in an interview with M. Kriteman back in 1996.

Curiously, both artists released their most famous albums in the same year. Back in 1973 Elton released “Goodbye Yellow Brick Road” and Pink Floyd “Dark Side Of The Moon”.