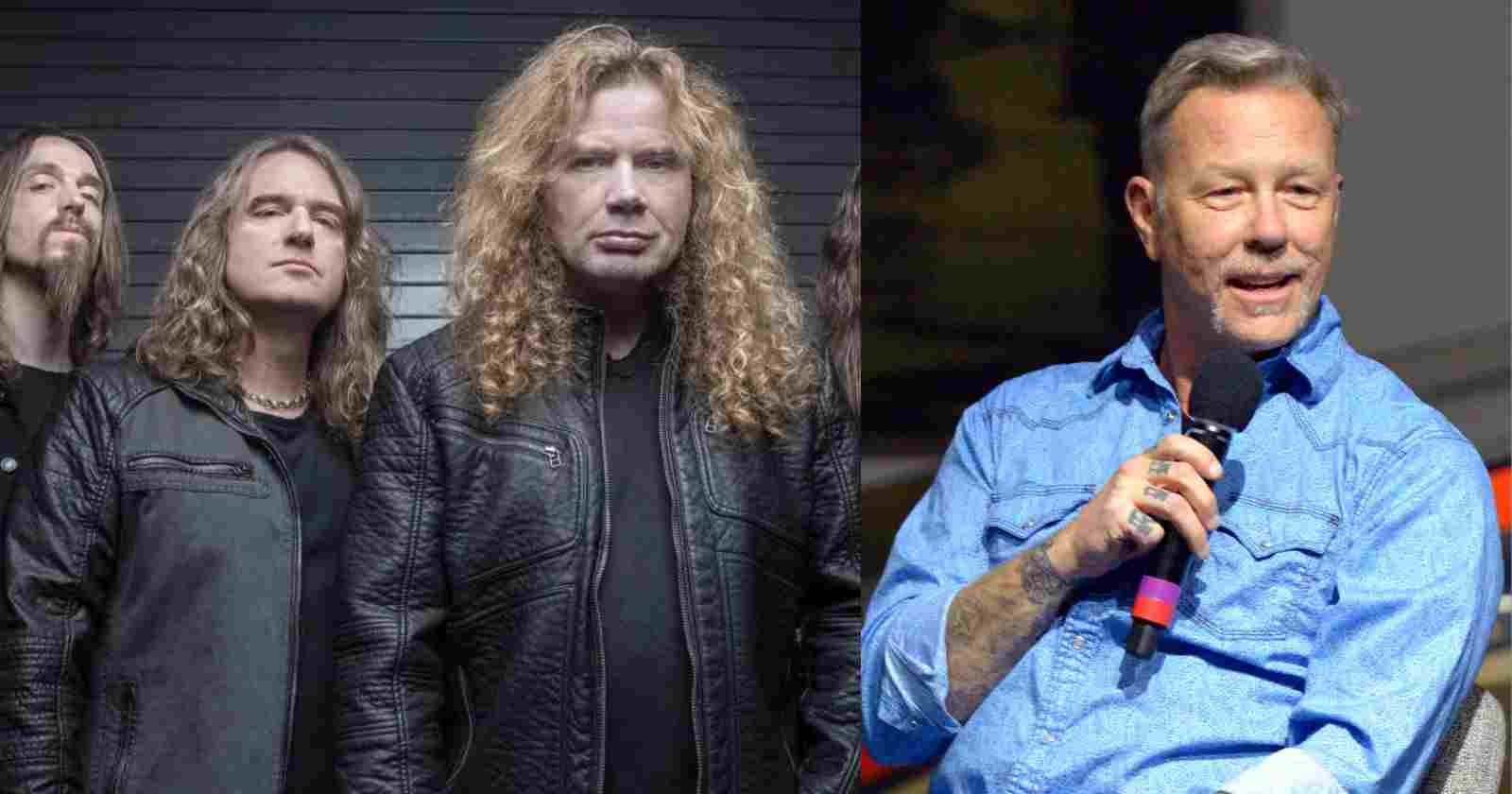 Megadeth bassist David Ellefson recalled in an interview with No Fuckin’ Regrets With Robb Flynn the first time that Dave Mustaine (Original member of Metallica, fired from the band) heard the first Metallica album “Kill’ Em All” for the first time.

“It [the album] got sent out to us. I remember Greg [Handevidt, Megadeth’s original second guitarist, who was only a member briefly in ’83], he remembers in detail sitting there for like an hour of silence – opening the box, looking at the record, opening the shrink wrap and putting it on the turntable. It was obviously a weird moment ’cause me and Greg are there going, ‘Oh my god – this is the moment.’ It’s like that moment you see your ex with somebody else.

“We were sitting there listening to it. He [Mustaine] listening to it, just staring at the speakers, in complete silence, studying the songs. I remember me and Greg sitting around him, just kind of nervously going, ‘Oh my god, what’s the reaction gonna be to this?’

“And I remember one of the first things he said – he goes, ‘He fucking ripped off my solos.’ That was Dave’s first reaction – that Kirk [Hammett] had played his solos. They’re not entirely the same but to some degree…”

“I remember that was a very personal thing to Dave (Mustaine) – the solos. At that point, those songs at least were well known in the Bay Area, and people knew of those songs. That demo [Metallica’s 1982 demo ‘No Life ‘Til Leather,’ featuring Mustaine on guitar] had been traded around, so people knew.”

“Dave definitely put the stamp and the die had been cast on that demo, the ‘No Life ‘Til Leather’ demo. And you know how Dave plays – what he plays he plays night after night after night. It’s a written part of the song. It’s not some ad-libby, groovy jam solo. What’s been recorded, that’s there forever – that’s exactly the way it’s played night after night.”

“So to Dave, the solo was as much a part of the composition. It wasn’t a blues jam. And then, obviously, seeing the way the credits were on the record… Songs Dave had written and brought it, and now the credits were divided up – a lot like a divorce.”

“He was pissed. And that was that moment that I think was like, ‘Oh, god, here’s the reality of it.’ And, of course, for me, I’m like, ‘What’s the big deal? We’ve got our own band. We’re doing our own thing…’ But at the same time, we had to be respectful. Obviously, this was Dave coming out of this big group that we had not heard of yet, Metallica.”