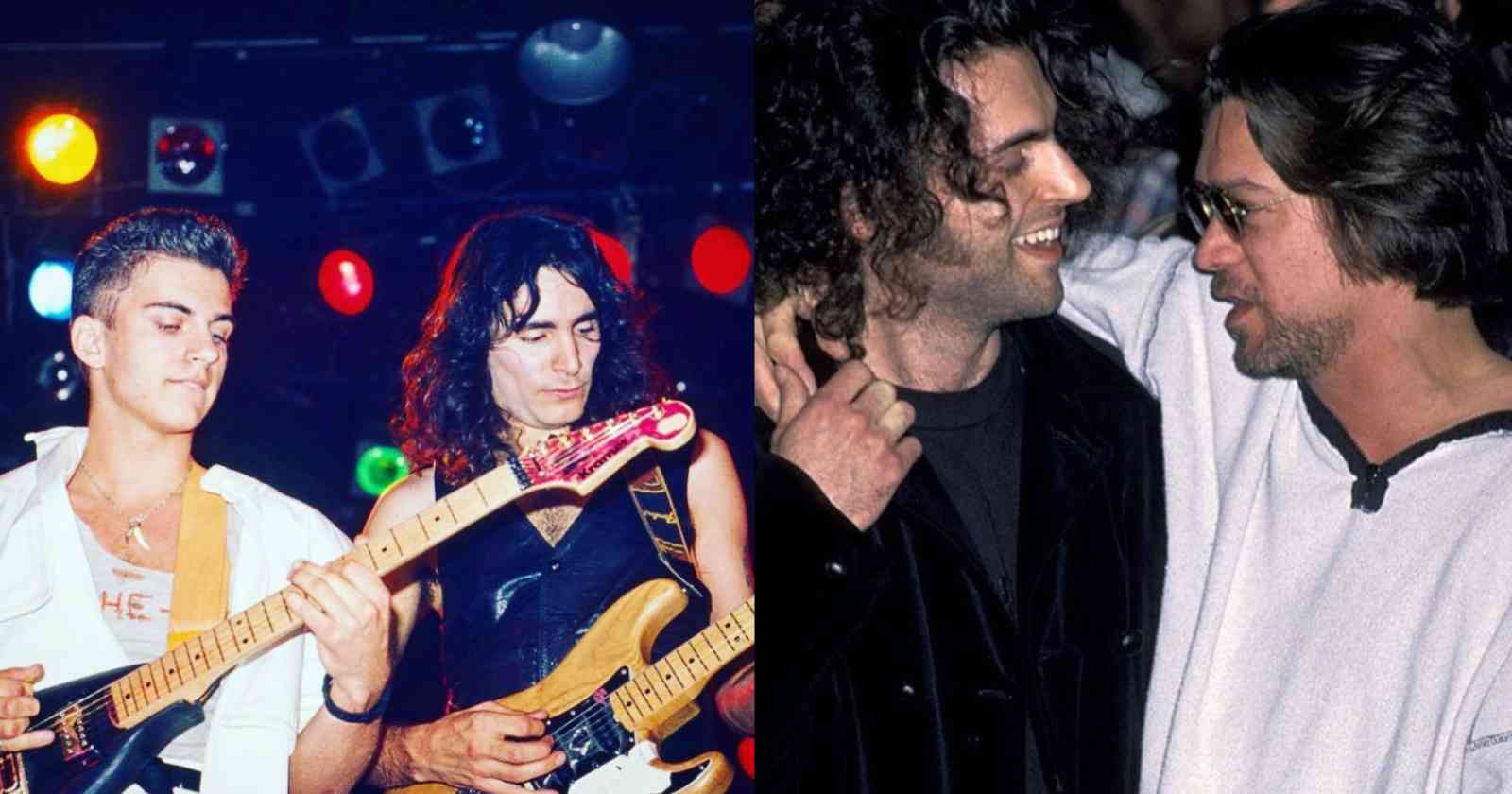 Frank Zappa‘s son and Dweezil Zappa recalled in an interview with Joe Bonamassa (Via UG) when at the age of 12 he hang out with his father, Eddie Van Halen and Steve Vai (That was at the time a member of Zappa’s band).

“Put yourself in a position – whoever was your favorite guitar player at that time. Now imagine that person calls your house to talk to your dad, just out of the blue. That’s what happened! I’ve started playing the guitar, I’ve only been playing for six months, maybe eight-nine, I don’t know exactly. But out of nowhere a call comes in, and it’s Edward Van Halen on the phone, or it’s a guy saying it’s Edward.”

“This is way before MTV, internet, so you only have pictures of people on album covers and all that stuff, and maybe you had heard their voice on the radio. So we had no way of knowing if this guy was really Eddie Van Halen, but my dad gets on the phone, and it turns out he lives very close to where my dad’s house was, and 20 minutes later he is at our house.”

“I had been listening pretty much exclusively to Van Halen or Ozzy Osbourne with Randy Rhoads, I was into the rock guitar of the time, this was around ’81. So, for me, this was the craziest thing ever that this person whose music was making such a great influence on me, outside of my dad’s music, which also made an impact, was now at the house.”

“So he walks up the stairs, and he was like he was backlit with a smoke machine like a superhero – women and children first, jumpsuit like the fire pilot. It has the necklace of the Van Halen logo, and he got this purple guitar, not in a case, two humbuckers, a piece of tape over the headstock so no one could know what it is…”

“He walks in, and within seconds of him walking in and shaking hands, I was able to say, ‘Play ‘Eruption,’ play ‘Mean Street’!’ This, as you know, when you see a guitar player do something, you try to figure it out but you didn’t know where it was. When you see them do it, it is burned into your brain, you’re not gonna forget it, you’re not gonna ever unsee the position where he was playing on the guitar.”

“So for me, that’s what happened when he walked in. He was able to plug in and start playing some things. He’s playing a couple of things, and my dad at the time had a guitar player in his band that was my guitar teacher, he said, ‘I’m gonna have Steve give you a couple of lessons.'”

“That happened to be Steve Vai. So Eddie Van Halen is in the house with my dad, my dad calls Steve Vai, Steve comes up, the four of us are sitting in the circle. And this purple guitar gets passed around, we all play a little bit on this guitar.”

“And we talk about music, we talk about whatever happens to be entertaining at the moment. So I’m 12 years old, and it’s about midnight at that point, I remember Ed leaving around two in the morning. I had a baseball game the next day.”

“And I was totally prepared to never play baseball again because I’ve just experienced the coolest thing having to do with a guitar of all time – Ed playing this guitar which later we found out was a Kramer guitar, and it was this new company he was endorsing.” But that was my big introduction to seeing how it was done, hearing that it’s in the hands because it doesn’t matter what he’  playing, he sound like Eddie Van Halen.