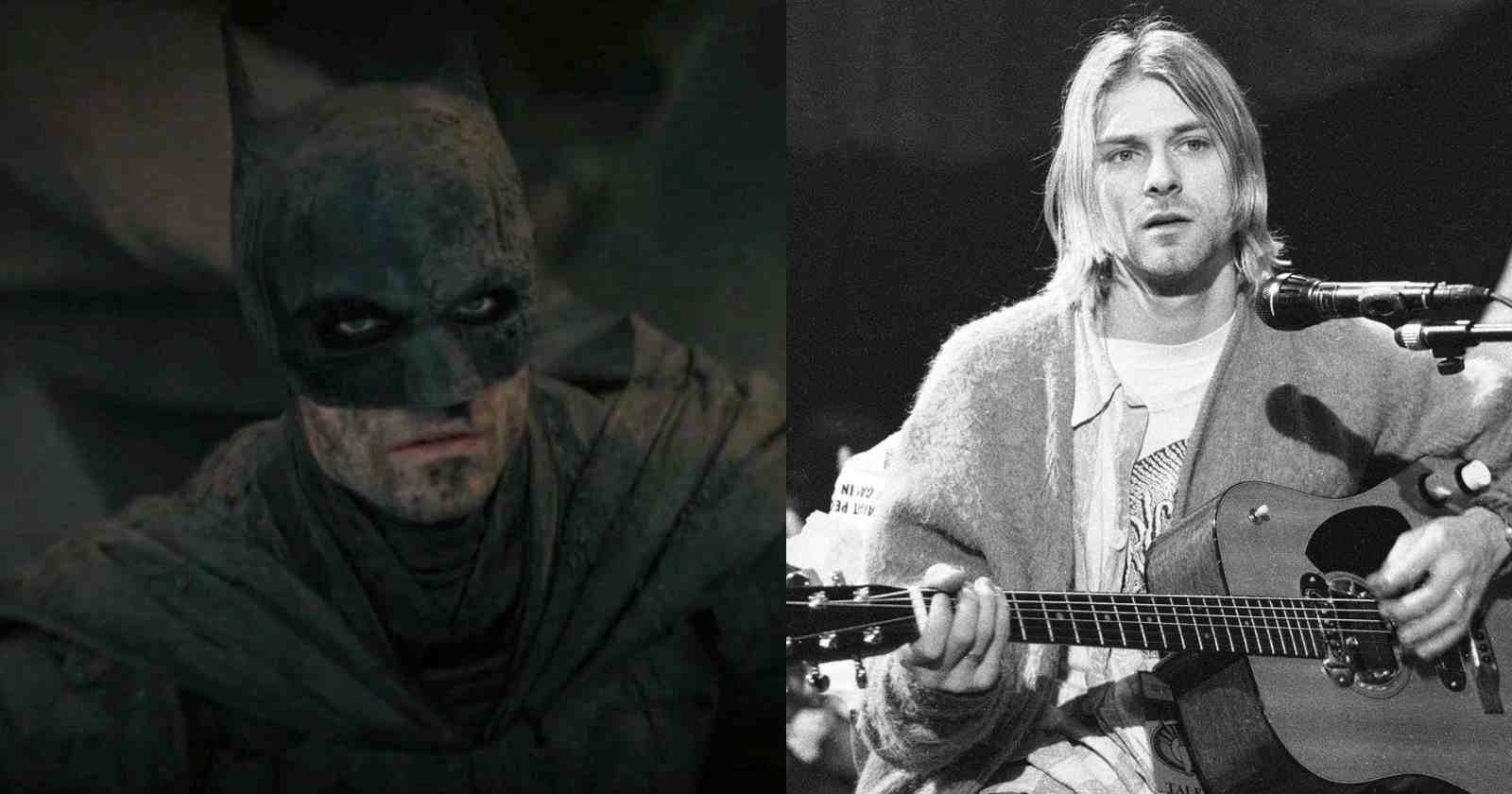 Images from "The Batman" trailer and Kurt Cobain's Instagram

Director Matt Reeves said in an interview with Empire that the Bruce Wayne of the upcoming Batman film reboot was inspired by Nirvana’s Kurt Cobain. The new movie, that will be released in March 2022 has Robert Pattinson as the rich super hero facing the serial killer known as the Riddler.

Director said about the new Batman movie having Kurt Cobain as inspiration:

“When I write, I listen to music. As I was writing the first act, I put on Nirvana’s ‘Something In The Way. That’s when it came to me that, rather than make Bruce Wayne the playboy version we’ve seen before, there’s another version who had gone through a great tragedy and become a recluse. So I started making this connection to Gus Van Sant’s Last Days. The idea of this fictionalised version of Kurt Cobain being in this kind of decaying manor.”

In the same interview, Reeves said that he noticed Pattinson’s performance on the movie “Good Time” (2017), saying: “In that movie you could really feel his vulnerability and desperation. But you could also feel his power. I thought that was a great mix. He’s also got that Kurt Cobain thing, where he looks like a rock star, but you also feel like he could be a recluse.”

The movie also has actors Colin Farrell as The Penguin, Andy Serkis as Alfred, Zoë Kravitz as Catwoman, Paul Dano as the Riddler and Jeffrey Wright as James Gordon.

Since its creation in 1939, Batman has appeared in comics, movies, tv shows, videogames, films and radio. The first movie was released in 1966 and had the same cast of the 60s TV Show, that had Adam West as the superhero. More than two decades later the praised director Tim Burton released his successful movies “Batman” (1989) and “Batman Returns” that had Michael Keaton in the main role, Jack Nicholson as The Joker, Danny DeVito as Penguin and Michelle Pfeiffer as Catwoman.

The late director Joel Schumacher also directed two movies of the superhero “Batman Forever” (1995), with Val Kilmer as the bat and “Batman & Robin” (1997) with George Clooney as the superhero.

In 2005 the franchise was ressurected by Christopher Nolan, who made the most praised trilogy of the superhero, bringing more reality in action scenes. The movies with Christian Bale in the main role were “Batman Begins” (2005), “The Dark Knight” (2008) and “The Dark Knight Rises” (2012).

The last Batman movie before the 2022 reboot was “Batman vs Superman: Dawn of Justice” (2016) directed by Zack Snyder, with Ben Affleck as the superhero.