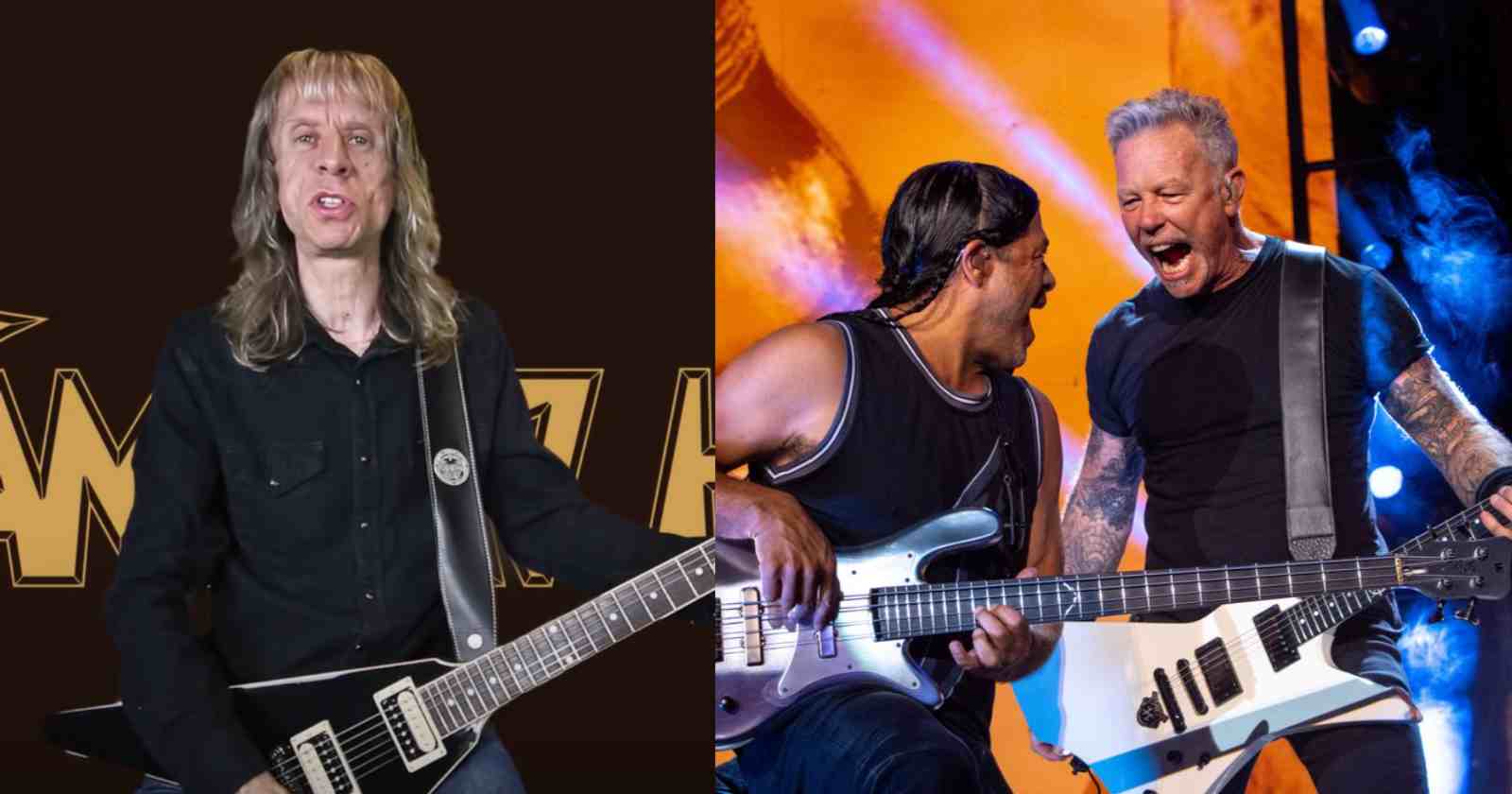 The Diamond Head guitarist Brian Tatler said in an interview with Metal Pilgrim (Transcribed by Blabbermouth) that the cover version released by Metallica of their famous song “Am I Evil” is crucial for him financially and if they have not made that cover he probably would need to be working with something else nowadays.

“Am I Evil” was released by Diamond Head on their debut album “Lightning To The Nations”, being covered by Metallica as the b-side of their 1984 single “Creeping Death”. It was later included on the band’s multi-platinum covers album “Garage Inc.” During their career the band also covered other Diamond Head songs like “Helpless”, “The Prince” and “It’s Electric”.

“The first cover was ’84 when they did ‘Am I Evil?’ on the B-side of ‘Creeping Death’. So I think if they hadn’t, I may have looked elsewhere for employment. I think it would have been harder to keep Diamond Head going without that introduction to their fanbase. ‘Cause that record sold millions of copies — versions of ‘Am I Evil?’ have sold millions of copies through Metallica. So many more people know Diamond Head thanks to Lars and Co.”

“It may be that a lot of the opportunities that we get now would not be there without that Metallica connection. So I’m eternally grateful. Obviously, myself and Sean (Harris, original Diamond Head singer) still get writers’ royalties. But even so, I just think it’s helped Diamond Head as a name and a brand to get on more and more opportunities. Get festivals and supports. Because they link it with Metallica; they think, ‘Okay, well, you’re potentially tapping into a huge market,” Brian Tatler said.

Besides being released twice by Metallica the song was also famously performed during the Big 4 tour back in 2010 by members of Metallica, Megadeth, Anthrax and Slayer.