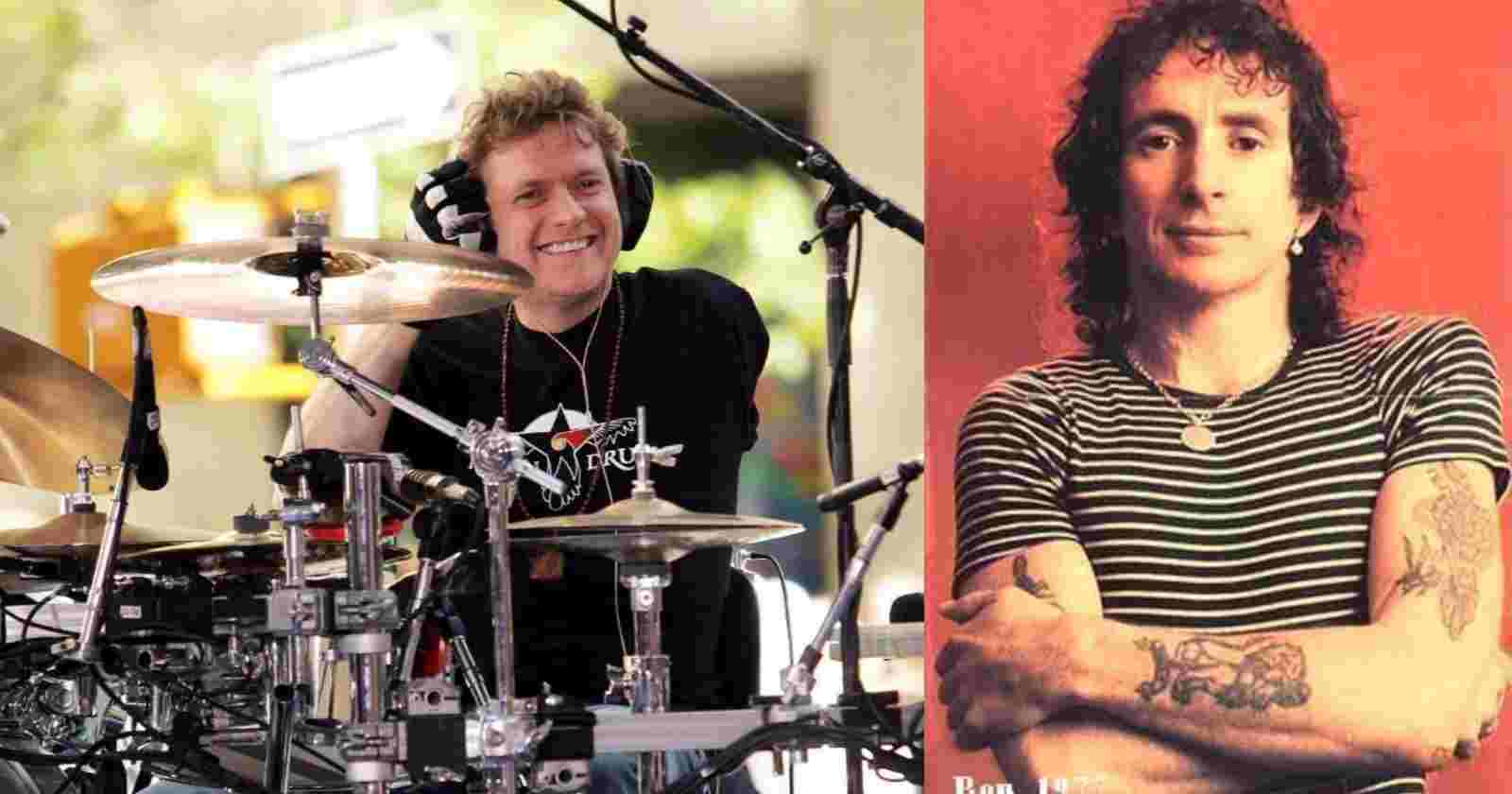 Def Leppard drummer Rick Allen recalled in an interview Modern Drummer when the band was AC/DC‘s opening act during the “Highway To Hell” tour. Allen was only 16 back then and revealed how the late legendary singer Bon Scott was backstage.

Def Leppard drummer Rick Allen recalls tour with AC/DC when he was 16:

“Hammersmith Odeon in London. I remember we were on the ‘Highway to Hell’ tour with AC/DC, and I remember Bon Scott coming in the dressing room with a bowl of what we call Smarties – over here you call them M&Ms.And he just wished me happy birthday, and I mean, at the time I was living a dream.”

You played the Hammersmith Odeon when you were 16? Was that ‘On Through the Night’?

“In 1980 – it must’ve been, it must’ve been ‘On Through the Night.’ And in fact, that very same show, we got the soundcheck down, the place went quiet, and I decided to walk out and just take a look at the kit.”

“And there’s this guy looking around my kit, and I’m like, ‘Can I help you…?’ He turned around and looked at me, and it was [Jimi Hendrix drummer] Mitch Mitchell. I was like, ‘Whoa! That is so cool.'”

Being in the band, you really came together and really they did everything to make you welcomed back and they waited for you [after the car accident that cost Rick his arm], and kudos to those guys and to you. I think that’s one of the most beautiful things that could ever happen.

“They left the decision to me whether I wanted to go on or not. They gave me time to grow and develop really a whole new style, and that’s all I needed – I just needed the time.”

“I needed the time to build my confidence and realize that I could do it. Nobody ever said, ‘Well, you have to make a decision now,’ and I think that was the most important thing. Just that time that they gave me just to find myself.”

Do you still have the letter from Phil Collins?

“I’m sure I have it somewhere, but I’ve moved quite a bit since then. It happened just outside my hometown in Dronfield, the Sheffield area, and it’s been a long time… it was the last day of 1984 [when the car crash happened], so I ruined everybody’s New Year, for sure.”