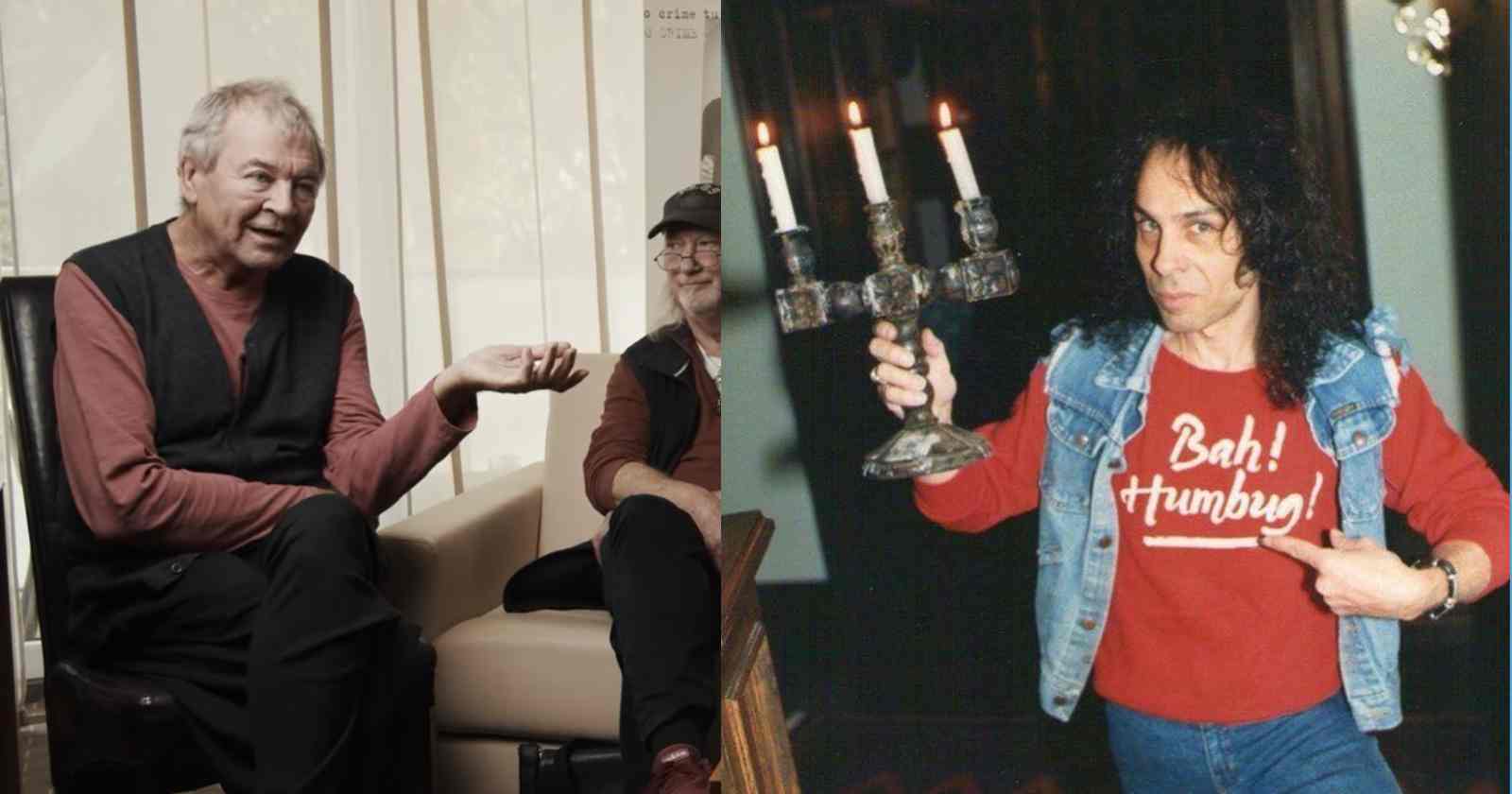 “We were close – we were very close. It was Ronnie Dio, and [Scorpions singer] Klaus Meine, and myself. We were on a tour together and, of course, as you probably know, Klaus and Ronnie are diminutive figures, they’re not very tall, and I’m just over six foot [183 cm], and so, we had a photograph taken together, with me in the middle and the two little ones on either side of me.”

“And it was hilarious. We got the picture pinned up in the dressing room, and it was called ‘the three fivers,’ as opposed to ‘the three tenners’ – it’s an English joke. So yeah, it was Ronnie, when I was buying some socks in Munich airport, we were on the same charter plane together, and Ronnie was opening for Deep Purple, I think.”

“I was in the shop, going, ‘I’ve gotta buy some socks.’ So they had packs of three pairs of socks hanging on the rack, and I was just looking through them, seeing which ones I want… Ronnie’s head appeared through the socks, and he said, ‘Ah, socks, drugs and rock ‘n’ roll!’ [Laughs]. Yeah, we were great, lovely mates. We were good mates.”

Deep Purple was a big inspiration for Dio

In an interview with Let It Rock in 2005 Dio talked about the two bands that were his biggest inspirations and new bands (at the time) that he liked “Those who influenced me were Deep Purple and Led Zeppelin. Mainly English bands of that era. But especially Purple and Zeppelin, that’s what made me want to do this more and more, and more. Because the first band I was in back then, ELF, were much more a kind of honky tonk rock ‘n’ roll band.”