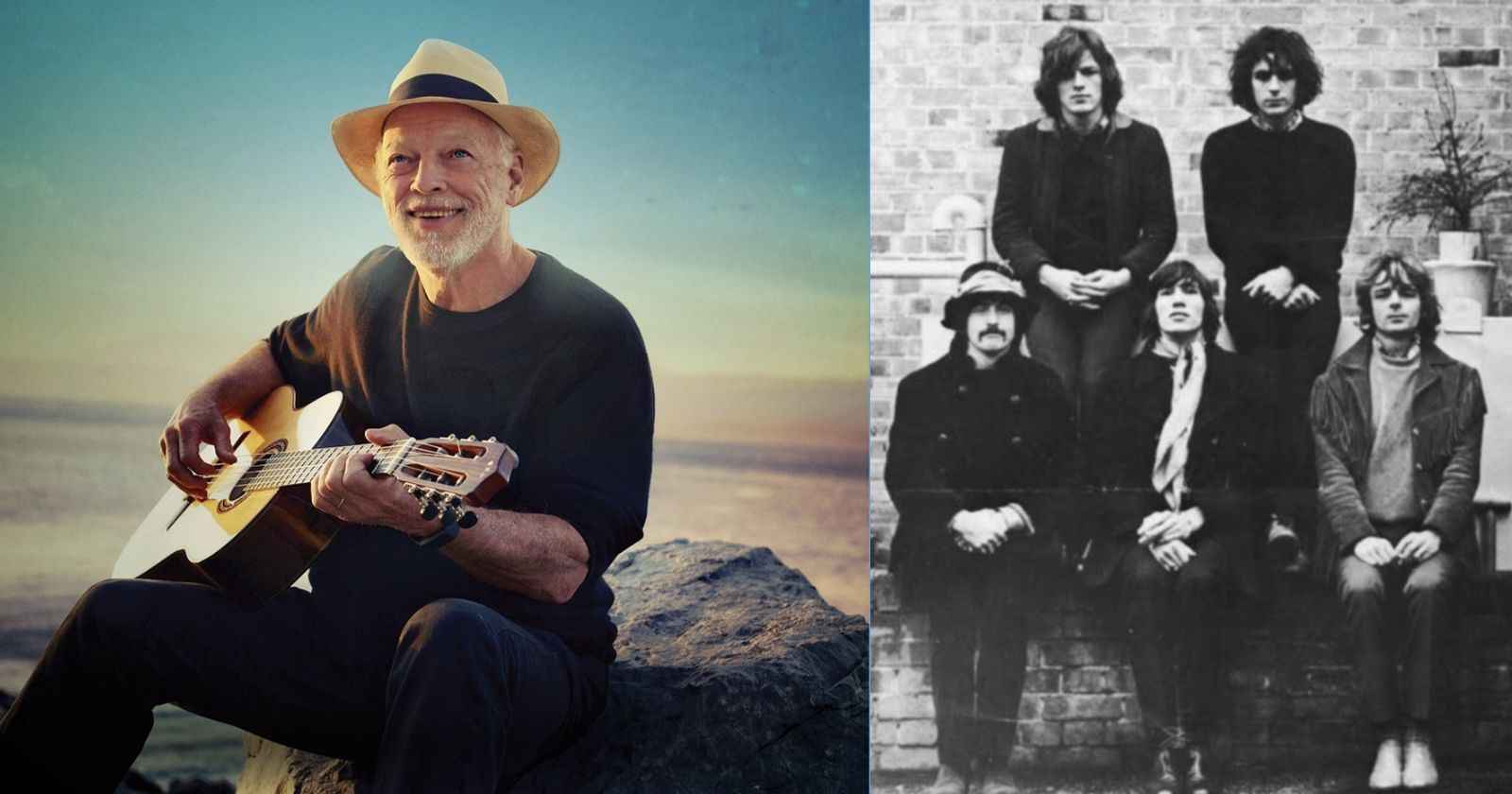 Pink Floyd guitarist and singer David Gilmour talked in an interview with Rolling Stone magazine about the late legendary Canadian singer and songwriter Leonard Cohen, that is one of the subjects of Gilmour’s wife Polly Samsom new book A Theater for Dreamers. The Pink Floyd musician also talked about his ex-bandmate Syd Barrett.

The two of you showed how you support each other with your Von Trapped broadcasts. David, you performed a lot of Leonard Cohen’s songs on those. What did you learn from playing his songs?

“One thing I did learn is how bloody good he is as a guitar player. You tend to think of singer-songwriters as people who are just using the guitar accompaniment to carry the words that they’re doing, but Leonard was an absolutely brilliantly accomplished guitar player in fingerstyle things that I just cannot do. And of course, he’s about the best lyricist that I know of.”

You also performed a couple of solo songs by your old bandmate and friend, Syd Barrett, “Octopus” and “Dominos.” You said you were proofreading a book of his lyrics. Did you gain any new perspectives on him from that?

“Well, you know, I produced and played on those songs originally, way back when in ’69 or whenever it was, and knew him well. For the lyric book, I sat here for months, really much more time than I should have, with the original multitracks on digital so that I could solo his voice and listen to exactly what he was saying. Some of the time, I just couldn’t work out what he was saying. And on other occasions he says different things on different versions of the same song, double tracking his own voice and different words are coming out.”

“The title of the first album is The Madcap Laughs. And on some [versions of “Octopus”] he sings “the mad cat laughs,” with a “T” in cat, and some he sings “madcap.” And I was really worried about whether I should change it all to “the mad cat laughs,” and that would make the title of his album incorrect. But as he had sung both of them, I decided we’d would stick with the way it was. They were quite hard to decipher them because they don’t follow what we would normally see as a common sense in a linear way.”

Do you think that writing lyrics was a stream-of-consciousness process for him, then?

“Hmm. I don’t know about that. I think he worked very hard on these things, and it looked, to me even, like he just sort of made him up as he went along.”

Polly Samson, asked “Did he not write anything down?”

“I don’t even remember. I think he must have had them written down. But he never delivered any pieces of paper with them written down to a publisher or anything. And there were no lyrics on the albums originally. So the only way that this book has been possible is by listening and writing those lyrics. And I did most of it.”

When I listened to the audiobook of A Theater for Dreamers, I found a parallel with Syd’s life. In the novel, the character Marianne talks about her son taking LSD once and how it ruined him. The idea that acid wrecked Syd is obviously the popular myth. A few years back, though, Nick Mason has said he thought that while LSD worsened Syd’s state, he thinks it was more that Syd just didn’t want to be in a rock band anymore. What do you make of that?

“Well, I mean, I think one of those things fell into the other. Syd, up to the age of 20, was as normal as any human being could be. There was no sign of any of these things cropping up. So basically, I’ve no idea. He certainly wasn’t averse to taking almost any drug that anyone would give him. And a lot of the rather strange coterie of fans gathered around him were into thinking it was a romantic thing to provide him with drugs.”

Polly Samson chimed in “Is that because what they wanted to say, “I did a trip with Syd Barrett”?”

“Yeah. And that they were helping him because that was what he wanted. And I don’t think many of those people, some of whom I knew vaguely, had any conscience about what they were doing to him. And it seemed rather obvious to me and various other people that it was not a good idea. There are people who take one trip or even smoke one joint and their lives are affected by that in a bad way forever. There are others who are affected by it in a good way forever,” David Gilmour said.